After Tesla, Baidu also found to be misusing XPeng's image

Everyone seems to be using XPeng's images or video when promoting their navigation capabilities. After Tesla, Baidu is the latest to do so.

The lane level navigation image Baidu showed at a launch event used an image of the XPeng P7, whose lane navigation partner is AutoNavi (also known as Gaode), the CEO of auto industry website Xchuxing.com said on Weibo on Tuesday, adding that the image was taken by them. 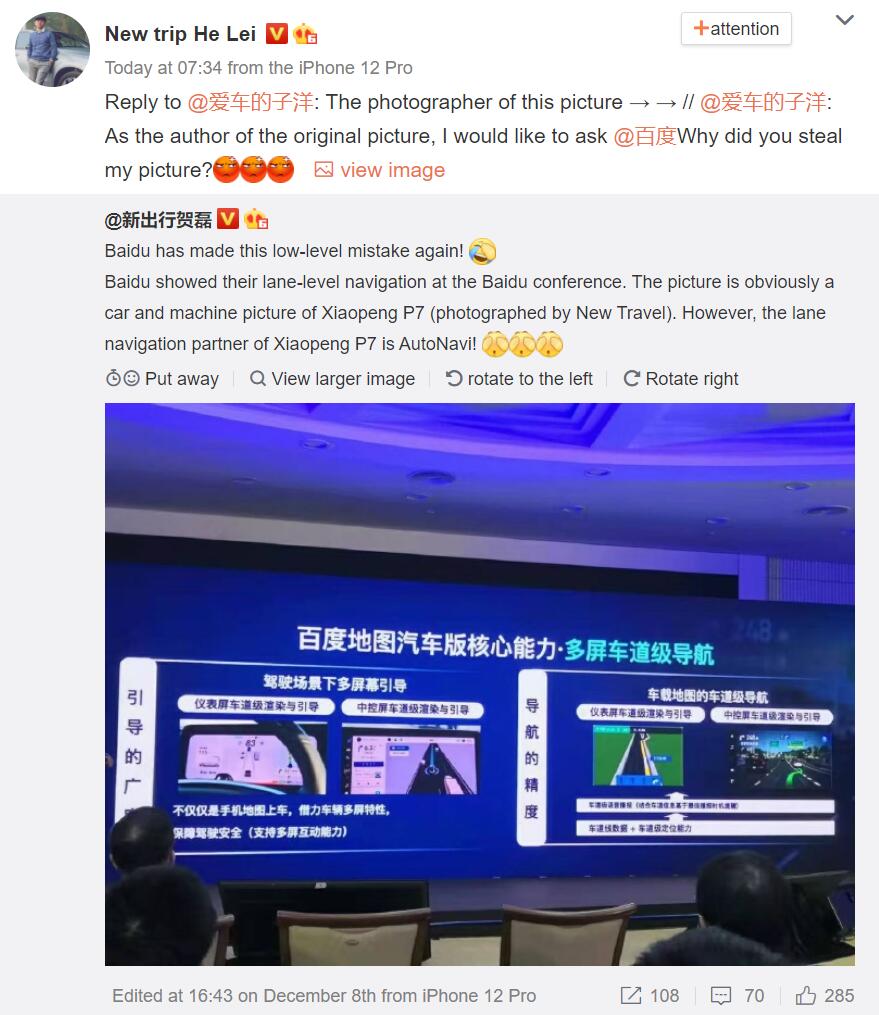 (Automatic translation of the Weibo page.)

AutoNavi said in the comment area that they thank the help of peers for the warm-up, and the lane level navigation and NGP functions, which are the result of the wisdom of the AutoNavi and XPeng teams, will soon be rolled out to users, and XPeng owners will be the first to experience them.

XPeng also promotes its NGP function in replying to the Weibo post, saying that on highways and urban expressways with AutoNavi's high-precision maps, vehicles can change lanes autonomously according to the navigation route, making the ability of automatic driving closer to that of human drivers.

In fact, Baidu is not the only company that has misused XPeng's images and video.

In a Chinese article on July 16 describing its Autopilot traffic light recognition capabilities, Tesla misquoted a video from XPeng that introduces similar capabilities.

The article was posted on Tesla's official WeChat account and was soon caught by many internet users in China who recognize the video. XPeng's director of automated driving products, Huang Xin "thanked" Tesla on Weibo.

Tesla then deleted the article.