In a report to investors on Thursday, UBS said it sees NIO valuation as stretched against the bank’s updated intrinsic (DCF) value but fair on a relative basis.

Here is what UBS says about NIO:

We believe the market has priced in the company's already-announced positives, including rising volumes, improving margins and future technological developments.

But to give enough credit, we think the company has indeed built some brand premium in the electric vehicle (EV) market, and its premium segment positioning could probably help NIO benefit from the EV boom.

The positive momentum does not mean the road is no longer bumpy ahead. Currently, Tesla's Model 3 posts limited direct competition to NIO's ES8/ES6/EC6, but its upcoming Model Y localization from early 2021 could reduce its price from Rmb 488,000 to low Rmb 300,000, impacting NIO’s SUVs, UBS said.

Tesla still has scale economy, cost advantage, and brand premium, and production capacity for its Model Y should start at 12k/month at least, the bank said.

On XPeng, UBS said it believes its recent share price rally has largely priced in its positive drivers.

UBS sees current valuation as ahead of its updated intrinsic value derived with DCF, but fair in relative terms.

We believe the company continues to lead in China's autonomous driving development race, with its XPilot 3.0 launch on track and its recent announcement that models in its pipeline will be

equipped with the light detection and ranging (LiDAR) next-generation technology.

But after an over-200% rally, we believe investors more or less already recognise this. Despite raising our volume forecasts on an increasingly positive long-term view (and reducing our loss-per-share estimates), we view its potential upside/downside as largely balanced.

Shares of NIO and XPeng went down in pre-market trading on Thursday. But the sell-off is not much worse in the after-hours trading session on Wednesday after the US House of Representatives passed the "Holding Foreign Companies Accountable Act" on December 2, which could prevent some Chinese companies from being listed or traded on US exchanges, Reuters reported on Wednesday. 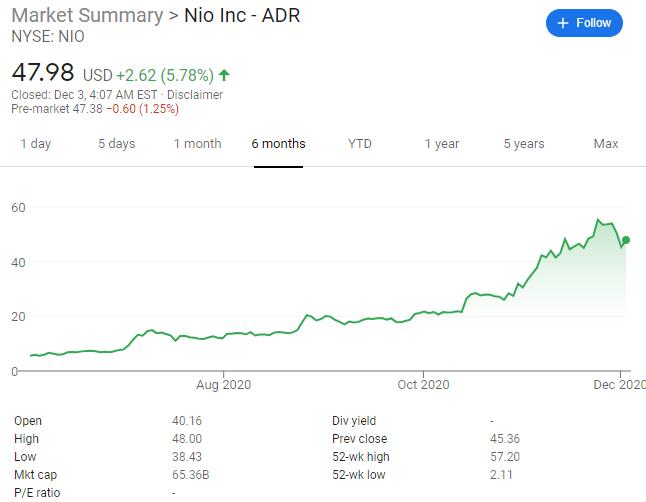 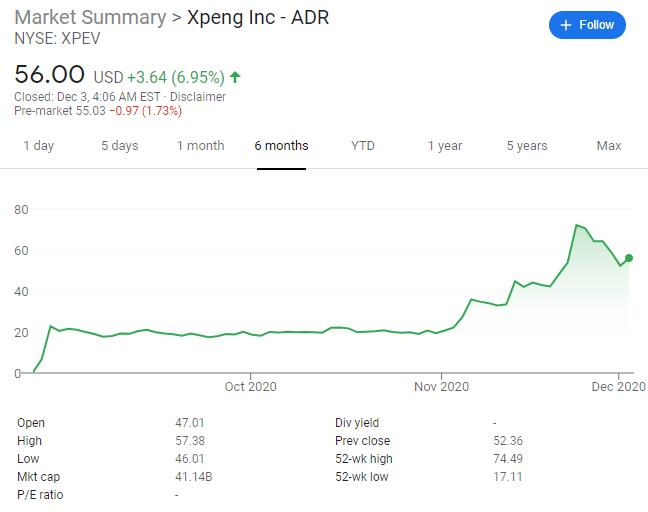