A looming US delisting bill is putting pressure on the stock prices of three of China's best-known electric car companies, but NIO doesn't think it's likely to affect them.

The US House of Representatives passed the "Holding Foreign Companies Accountable Act" on December 2, which could prevent some Chinese companies from being listed or traded on US exchanges, Reuters reported on Wednesday.

The bill, which was passed by the US Senate in May, prohibits foreign companies from listing on any US exchange if they fail to pass an audit by the Public Company Accounting Oversight Board (PCAOB) for three consecutive years.

The bill could prevent some Chinese companies from listing on US exchanges unless they comply with US auditing standards.

On the news, shares of NIO, XPeng, and Li Auto, the three Chinese EV giants that have risen sharply lately, all fell in Wednesday's after-hours trading session, though not by much.

Meet the company that could be dragging NIO, XPeng, and Li Auto shares down 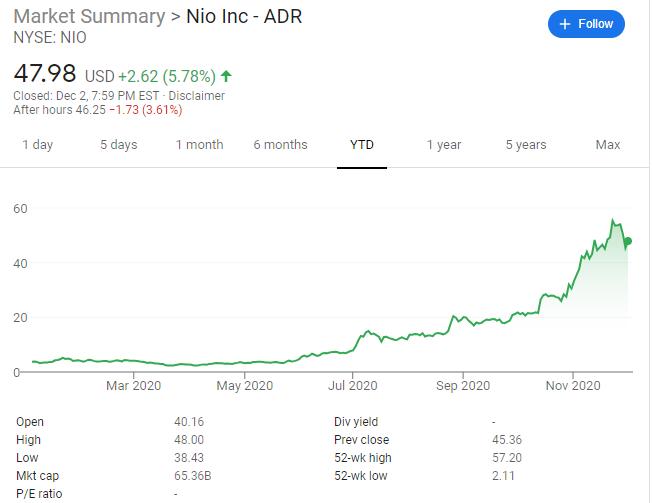 In a response sent to cnTechPost, NIO stated:

As an individual company, we won't be able to comment on this topic which is still going through the process. Please refer to our public filings for the company's information.

While according to Barrons, a spokeswoman said NIO believes it's in compliance with the new law.

NIO's spokeswoman responded to an emailed statement from Barron's saying NIO was aware of the situation and became compliant over the past few months.

The Barrons report noted that Li Auto's prospectus illustrates the issue: "The audit report included in this prospectus is prepared by an auditor who is not inspected by the PCAOB and, as such, our investors are deprived of the benefits of such inspection."

"In addition, the adoption of any rules, legislations or other efforts to increase US regulatory access to audit information could cause uncertainty, and we could be delisted if we are unable to meet the PCAOB inspection requirement in time."

That language was included in Li Auto's December 2 Securities and Exchange Commission filing. Similar language is part of XPeng and NIO SEC filings from August.