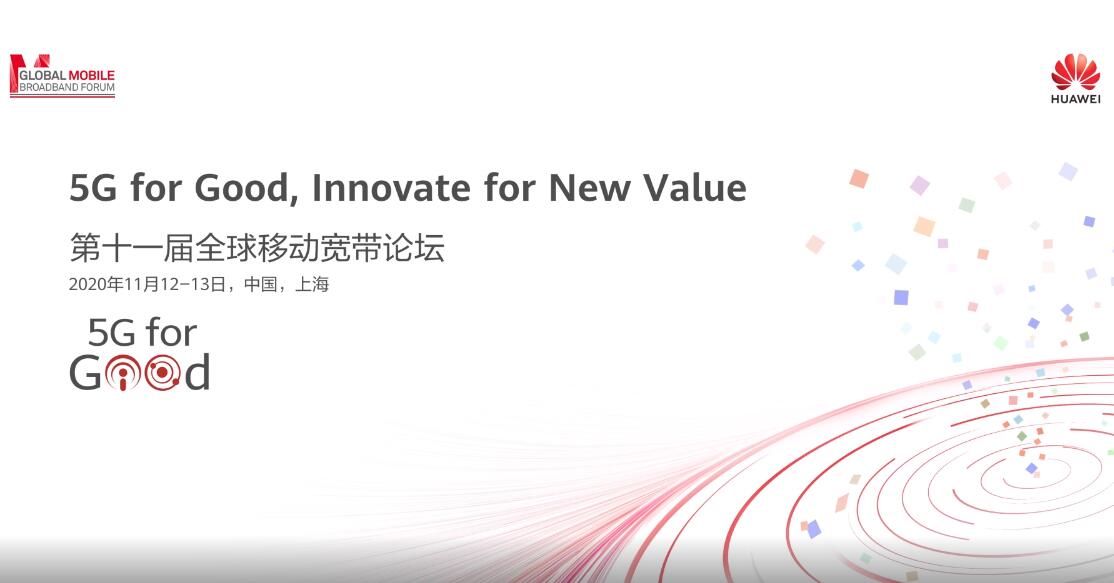 At the 2020 Global Mobile Broadband Forum in Shanghai on November 12, Huawei proposed a 5G development goal called "1+N" and announced the 5G solutions that underpin this goal to build 5G minimalist networks.

Yang Chaobin, president of Huawei's wireless network product line, said, "The road to meet the future golden decade of 5G requires full spectrum to 5G and the construction of a minimalist target network with 1 universal coverage of wide pipes and on-demand overlay of N-dimensional capabilities."

On this basis, Huawei has proposed a "1+N" 5G target network, a full spectrum evolution towards 5G, and the construction of a universally covered wide pipe infrastructure network with medium frequency and high bandwidth at its core.

The solution is based on a unique transparent antenna technology that enables minimal deployment of 64T64R Massive MIMO and Sub3GHz all-band, continuously reducing site deployment costs.

In addition, Wang Tao, Huawei's Managing Director and Director of the Product Investment Review Committee, said at the forum that 5.5G is the evolution of 5G and looks forward to working with industry parties to define 5.5G, improve personal real-time interaction experience and enhance cellular IoT capabilities.

Compared to 3G and 4G, 5G is developing at an unprecedented pace, said Wang Tao. Up to now, more than 110 5G commercial networks have been deployed worldwide, with more than 800,000 5G sites and 5G smartphones accounting for more than 60% of shipments.

He believes that 5G will be the dominant mobile technology until 2030, and will continue to serve until 2040.

But the development of 2G/3G/4G over the past 30 years proves that each generation of mobile communication technology must undergo continuous evolution and enhancement to burst into a stronger life force and achieve sustainable development of the industry, he claimed.

Huawei said to have invested $20 billion in chip sector