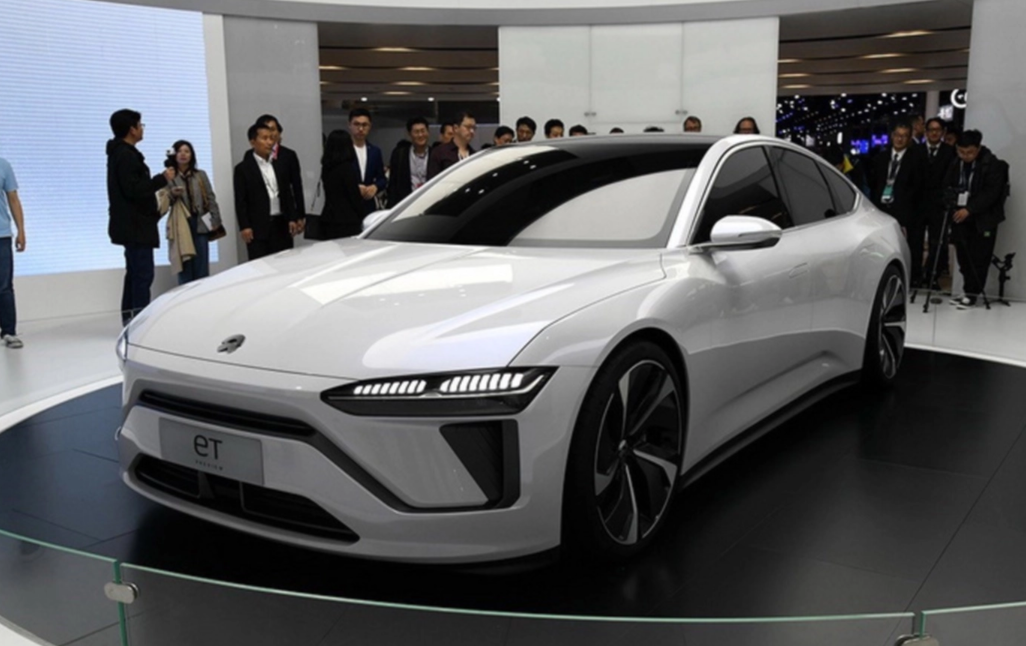 Chinese electric vehicle (EV) maker NIO (NYSE: NIO)  was facing a tough year in 2019, when financial constraints combined with a plummeting stock price forced a delay in the release of its first production all-electric sedan, which was expected to be released that year.

By 2020, NIO is back on its feet, and its fourth production model, a sedan, is set to be released on NIO Day in January. Will it be a formidable rival to the Tesla Model 3?

NIO co-founder and president Qin Lihong said in an earlier interview with the media, "NIO is working overtime to launch a new generation flagship sedan at the end of the year on NIO Day".

NIO had unveiled the ET Preview concept at the 2019 Shanghai Auto Show, which was given the name NIO ET7. however, the name is only tentative and the official name was never finally confirmed.

As the first flagship sedan from NIO, it will be built on the second-generation platform that NIO is currently developing and is expected to feature an L4 class driver assistance system.

The headlamps at the front of the car have a slim shape, with a matrix LED layout inside the light clusters, with vertical strips split in two by an embedded metal band, creating a full sense of technology.

The new car adopts 5-spoke wheels with extremely stylish and dynamic styling, while the taillights echo the shape of the headlights, which are both matrix LEDs and connected by a chrome trim strip. The lower NIO logo adorns them and is visually harmonious.

Although domestic consumers have always been more interested in SUVs, and new energy manufacturers have generally been testing the market with SUVs, it does not mean that the sedan market does not need new energy models.

In fact, on the contrary, SUV heat is really high, but SUV competition can also be described as fierce, whether domestic, joint ventures or luxury brands, in the field of SUVs are quite deep layout.

The new car-making forces are often lack of product power, to survive in such a highly competitive market environment, the difficulty can be imagined.

NIO's sales, sales of more than 2,000 units per month ES6 is its main sales force, with the addition of the EC6 coupe SUV, NIO in the field of pure electric SUV has been a variety of models layout.

NIO is criticized by a point is that since its birth has gone through a number of years, but has never launched a car.

If you look at the entire field of pure electric cars, ranking first in the Tesla brand is also the best-selling Model 3, it is clear that NIO in the product line is still slightly single, they urgently need to launch a pure electric car.

If you want to launch a car, especially a flagship sedan, in the domestic market, it is inevitable to compete with Tesla, the launch of NIO EE7, the intention of the Tesla model 3.

In the current domestic market, many independent brands have launched their flagship sedan, the price is also aimed at 200,000 yuan this range, there is a trend of forming an alliance to impact the Model 3.

As NIO starts to turn the tide, the NIO EE7 will be released at this time, making NIO even more resilient.

The earliest time for delivery of the new car is expected to be mid to late 2021, when the Model 3 and XPeng P7 will still be hot or not.

Nio plans to release its first sedan at year-end

However, NIO EE7 can grab the attention of the consumers with its fresh enthusiasm, and it is clear that NIO's first sedan, which has arrived late to the market, will have a more relaxed approach.

The NIO EE7 will be the first sedan to be launched by NIO, and with the strong performance of NIO in China and the good reputation it has built among consumers, it is only natural that they will be looking forward to the NIO EE7.

Although there is no further detailed information on the model yet, it is certain that the NIO EE7 will be competing against mid-to-highly positioned electric sedans like the Tesla Model 3, XPeng P7, and BYD Han.