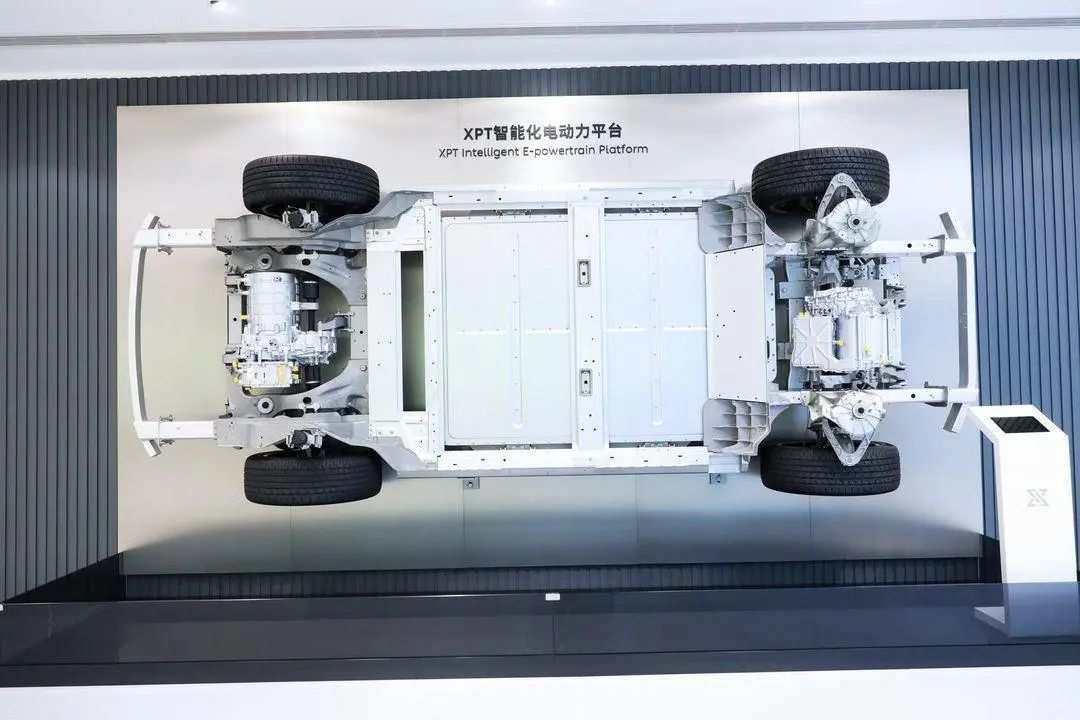 Qin Lihong presented his insights on high-end EV motors at a sharing session on September 10 at XPT, a firm that develops core components for NIO in Nanjing.

According to Qin Lihong, the powertrain of a high-end EV must meet at least three criteria: dual motors, permanent magnet + induction combinations, and the possibility of continuous compatibility with cutting-edge technologies.

Not only can dual motors meet the complex design requirements for automated driving above L4, but they also have a performance and safety advantage over single motors, he says.

Qin Lihong sees higher performance requirements for high-end cars, which "(consumers) can do without but car companies need to provide. The permanent magnet + induction combination is described as a combination of a long-distance runner and a sprinter, with the permanent magnet motor ensuring range and the induction motor being more explosive at 100 km.

The Nanjing XPT factory is described by NIO employee No. 54 and XPT CEO Zeng Shuxiang as "the most advanced motor factory" in China.

Established in 2016, the plant is located in the Nanjing Economic and Technological Development Zone and has 240 kW and 160 kW EDS electric drive production lines (300,000 units per year) and ESS energy storage system production lines. 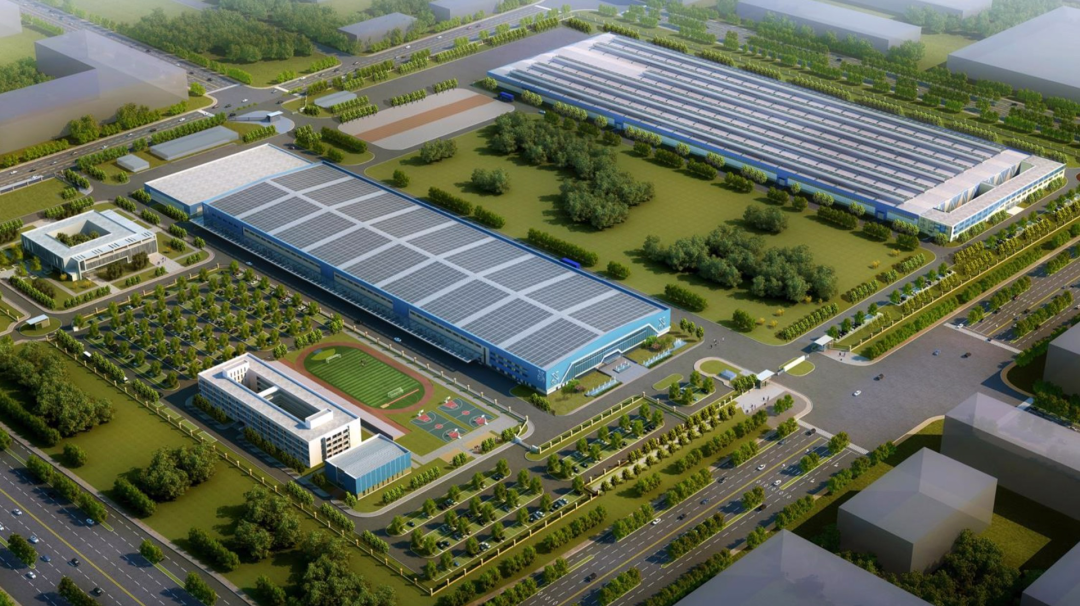 Over 100,000 3-in-1 electric drive systems have already been rolled off the production line. The overall system efficiency of the motor is 94% and the NVH performance of the reducer is 3-5 decibels lower than competing products.

According to Zeng Shuxiang, NIO was forced to embark on its own development.

Two and a half years prior to the release of the NIO ES8, the Tesla Model X had a 0-100 km/h acceleration time of 4.5 seconds, "slower than the Tesla for sure," he said.

The Zeng Shuxiang team searched every possible motor supplier on the market, but no one could meet the requirements. Therefore, NIO decided to develop its own motor system.

The following are highlights of interviews with Chinese media by Qin Lihong and Zeng Shuxiang.

NIO won't make its own batteries.

Q: NIO has been selling XPT's electric drive system for a long time, why is it still only available to NIO?

Qin Lihong: We started out as an open platform, but the first two years of NIO were a little weak and immature. This year, we are gradually getting there.

Some of the orders are not yet ready to be disclosed, but the first order will probably come from a developed country in the West, and we are in further negotiations.

Zeng Shuxiang: NIO produces high performance motors, but the Chinese market is not so demanding.

For example, if you only need 100 kW, we can produce 160 kW or 240 kW motors that are beyond your requirements.

In addition, NIO's motor production capacity is still increasing, and until this year, we have to prioritize our supply to NIO. After this year, we will have sufficient capacity to supply external customers.

Q: Will you be developing motors with more than 240 kilowatts in the future?

Qin Lihong : Our motors are built on a modular platform. We currently produce 240 kilowatts of induction motors with an overlay range that can go down or up. By changing the inverter, it can be up to 300 kW or even more.

Q: XPT has outside investors, will there be pressure on profitability as a result?

Qin Lihong : We have brought in strategic investors with about 30% of shares in 2018, including Nanjing Development Zone and some social investors. There may be some changes in the shareholding ratio, but they are all based on what XPT needs to do next.

Since its inception, this company has had the dual mission of providing strong technical support to NIO and doing business independently. We especially welcome people to work with us on an equal and mutually beneficial basis.

Investors will demand revenue, but we demand more from ourselves than our investors. I don't agree with the so-called sales to bring a break-even line, but more of a requirement for economies of scale.

Right now, the profitability node for the XPT and the vehicle is close to (roughly) 100,000 vehicles, maybe in the next two years.

Qin Lihong: I don't agree with this statement. 210 kilowatts of the single permanent magnet motor used in Tesla Model 3 is actually something we can do. It's just that, with our dual-motor strategy, the two motors can add up to 400 kilowatts, so there's no need to push the single motor to 210 kilowatts.

Why isn't the difference between a Tesla single and dual motor as big as the domestic product? We removed the Tesla seats and found that they are thin, minimalist and lightweight. This is more conducive to getting the most out of the product.

But we don't share Tesla's value proposition that the consumer experience would be better if the seats were thicker, and it's true that Tesla doesn't make the user experience the highest priority in their products.

Q: Recently there have been some controversies surrounding the CATL 811 battery, what is NIO's view on this and will it produce its own battery?

Zeng Shuxiang: XPT has its own battery pack production line, but we mainly pack, with modules and cells from CATL.

From the 811 battery used in NIO, there have been no accidents so far. Car companies should not turn themselves into chemical factories, batteries are chemical products, don't be a chemical factory to control costs because of the high cost of batteries.

NIO is better than Tesla at the same age.

Nio says Tesla both a rival and an ally

Q: BMW, Mercedes and Audi are all reducing power levels to improve profitability, will NIO do the same?

Qin Lihong : I don't think luxury is lowering power levels, it's not a trend and NIO doesn't plan to enter the sub-$300,000 market.

Right now, the Chinese auto market is in the inventory competition phase, and its dominant demand is for trade-ins, which are often accompanied by consumption upgrades, which is an opportunity for NIO.

Q: What difficulties has NIO solved so far and what will it have in the future?

Qin Lihong: Last year, NIO faced life and death challenges, but we had it easy, because the goal was simply to survive. This year is no less difficult than last year, as our product decisions now determine how competitive our products will be 5-8 years from now, and we have to anticipate future technology trends, supply chain conditions, market preferences and even aesthetics.

The directional predictions are putting the management team under a lot of pressure, as NIO CEOWilliam Li Bin recently said, "Last year's toughest time was nothing, but lately I can't sleep. What we decide during the day, when we go home, we constantly reflect on whether we made the right decision or not, and what if we are wrong. This is the anxiety and helplessness of the management in the auto industry nowadays.

Q: How far will NIO go to surpass Tesla?

William Li Bin once said, "NIO has done what Tesla has done for more than a decade in five or six years, and we are confident that we will be able to reach or even surpass that level in the future".