How do we understand the many restrictions the US has placed on China's high-tech industry?

What's the reason for the massive crackdown on Chinese technology, mainly 5G communications, and the restrictions?

Richard Chang says that when the US found out that China was putting a lot of competitive pressure on it, the head of the US administration will want to go for a crackdown.

If fair competition doesn't win, it will take an administrative approach, he said. 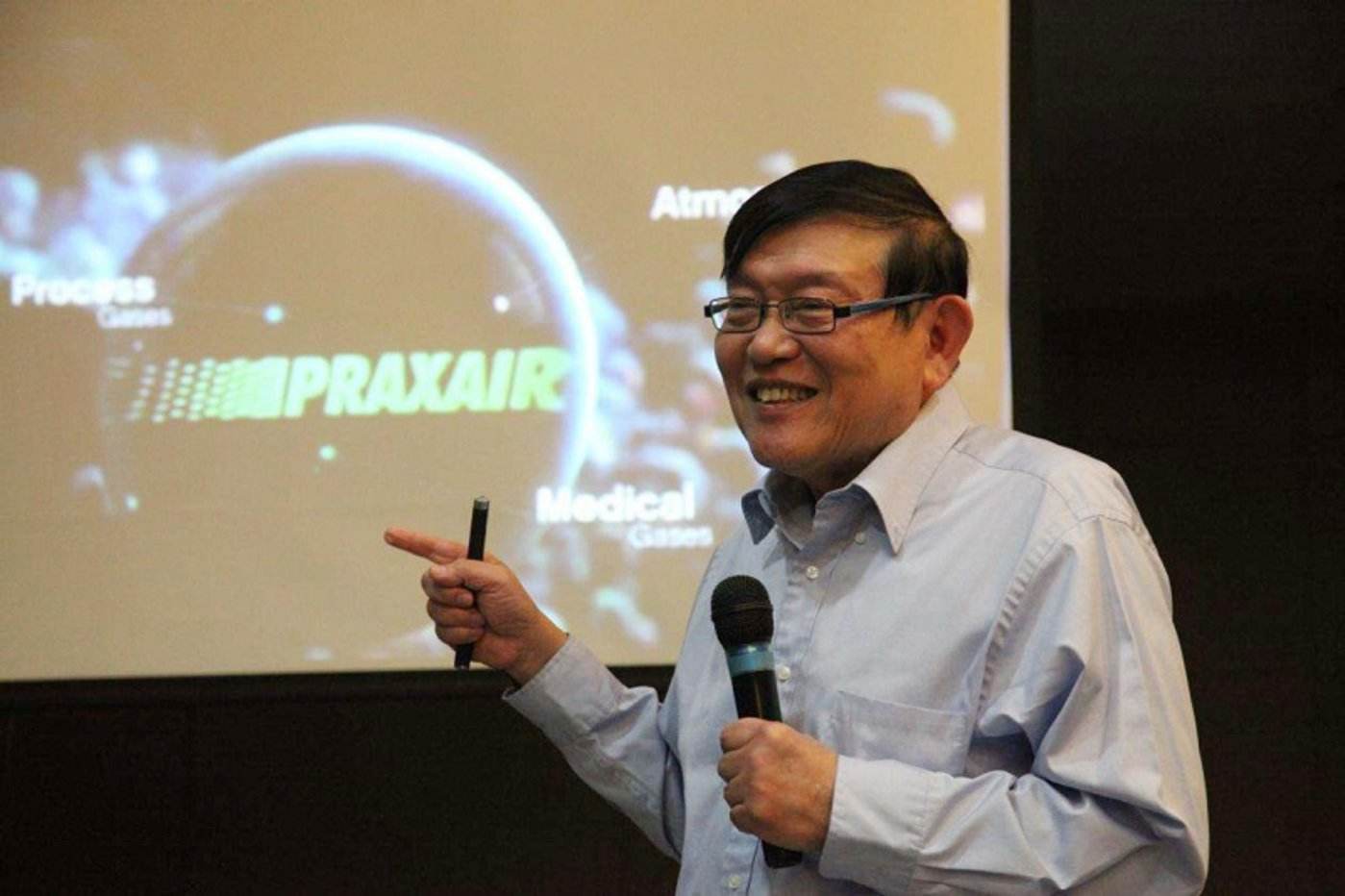 He also mentioned that the US ability to constrain China is not as strong as it should be, but we should not take it lightly.

Founder of SMIC: US ability to constrain China not as strong as expected

Richard Chang worked at Texas Instruments for 20 years before moving to Shanghai in April 2004 to found SMIC and become CEO.

In November 2009, he announced his departure from SMIC to enter the field of LED development and manufacturing and LED-related applications.

The equipment for third-generation semiconductors is not particularly expensive, the line width is not very small, and the investment is not very big, but the materials are not easy to make, and the design needs to have advantages, he said.

Therefore, Richard Chang believes that the key to the development of the third-generation semiconductor industry is human resources, even if the investment is not large.

Here is what Richard Chang had to say at the Third Generation Semiconductor Development Opportunity Exchange Summit in China:

Currently, the United States has many restrictions on China's high-tech industry, but this did not start just now.

The Paris Coordinating Committee, which has been around since before 2000 (the organization was disbanded in April 1994), is also an international technology embargo.

More recently, there was the Wassenaar Agreement, which imposed embargoes on certain countries on high-tech technology, materials, equipment, and so on.

In 2000, when we returned to the Chinese mainland to build a chip factory, these restrictions were still in place, but the Bush administration was more supportive of China and gradually opened some restrictions during his term of office.

At SMIC, we had to apply for a license to introduce technologies, equipment, and products from the 0.18-micron level into the Chinese mainland.

And the 45nm technology was transferred from IBM, which was quite advanced at that time.

Since then, we have applied for 32 nm - a process that can be extended to 28 nm.

After that, I myself left SMIC and may not have continued to apply for technology below 28 nm, but I may not have needed it.

In short, different US presidents will have different strategies for restricting devices and so on, and Trump's strategy for China is the most stringent.

In the early days, the US Commerce Department was very supportive, and the Defense Department had a lot of opinions, but they were all approved after discussions among the four ministries.

But this time, the biggest resistance came from the US Department of Commerce, mainly because the US is lagging behind in 5G technology, so it wants China to slow down its development in the 5G field, and there are precedents for such restrictions.

At that time, Japanese memory technology was much more advanced than the US in terms of technology, design, and yield rate, so the US began to restrict Japan and later forced Japan to sign the Plaza Accord.

As you can see, Japan could not resist the pressure from the US, and the memory industry almost disappeared, with only one or two companies still surviving.

In terms of logic, Japan has no special advantage in the first place, and so far it is not the leader.

However, Japan's leadership is in analog and digital-analog mixing, and it has been doing well in components for automobiles and high-speed railways.

At that time, under the influence of the United States, Japan was greatly restricted in all aspects, and the pace of development slowed down.

However, Japan did not stop its pace, but to delve into the study of materials and equipment, so it is still very advanced in these aspects.

For example, about 51% of the world's 300 mm large silicon wafers are now produced by two companies, Shinetsu and Matsuguchi.

Japan is a leader in the field of photoresist, special chemicals, and materials.

In terms of equipment, Japan is also very advanced in photolithography, and other basic equipment can be produced independently, such as diffusion furnaces and LPC monoliths.

In general, however, Japan's equipment, especially in the memory sector, still took a big hit after the US imposed restrictions on Japanese technology.

However, this time, when the US found out that China was putting a lot of competitive pressure on it, the US administrator started to want to crack down on and restrict Chinese technology, mainly in 5G communications.

If China stays ahead of the curve on 5G technology, it will be well ahead in the future in communications, artificial intelligence, cloud services, etc., because China is strong in high-tech applications.

Shakespeare, which has been making a lot of noise lately, is much better than Facebook in the US, which is also a social networking site with a lot of interesting features, and it is instantly liked by many young people in the US.

Of course, you can also see that the person in charge of Facebook is talking very sourly, saying how China is not good, all out of jealousy.

If the US can't win a fair fight, it will take an administrative approach.

The US did it to Japan once in the 1980s, and starting in 2018, it's constraining 5G again, this time it's no longer against Japan.

The US is not as good at constraining China, but we should not take it lightly.

The first generation of semiconductor materials, the earliest use of germanium, and then from germanium to silicon, because of the production of silicon, technology development is also very good, so basically has completely replaced the germanium.

But below 40 nm, germanium is back in use, and germanium-silicon channels allow electron flow to be very fast.

The second generation is the use of compound semiconductor materials, such as our common is gallium arsenide or indium phosphide, these can be used in the field of amplifiers, early it is faster.

However, because arsenic is highly toxic, it is now banned in many places, so the application of gallium arsenide is still limited to high-speed power amplifiers. Indium phosphide is used to make light-emitting devices, such as LEDs.

In the third generation, better compound materials appeared, including silicon carbide, gallium nitride, aluminum nitride, and so on.

In addition, there are some semiconductors are quite special, do not know the classification of the first generation, the time they are through the second and third generation.

For example, cadmium antimonide, mercury antimonide, and so on. The use of these materials is very special, the process is also more complex, basically folk rarely use it, but they also belong to the scope of the semiconductor.

Third-generation semiconductor materials are often used in the 5G field, such as gallium nitride, which is used in high-frequency chips for 5G.

This material has a very high frequency and can also withstand high voltage and high temperature. Another example is driverless cars, or high-powered charging stations will be used silicon carbide, these materials, the United States will take embargo measures against China.

In the semiconductor industry, practitioners must also be able to withstand loneliness, the experience is gradually accumulated.

But the third generation of semiconductor has a characteristic, it is not Moore's law, is after Moore's law, its line width is not very small, the equipment is not particularly expensive.

But its materials are not easy to make, and its design has to be superior. It's not a big investment either.

So if it appears, first, is there a market for it? Yes; is there anyone willing to vote? Some may be willing, as it is not a very large investment and the returns look good for all.

Therefore, the market for third-generation semiconductors, such as silicon carbide, is very large, because new energy vehicles use a lot of it.

Who makes these modules? It's STMicroelectronics, which has recently started to buy some from Infineon, and it's basically those two that are providing it, and those two are basically IDM (vertically integrated manufacturing) companies, and it's doing very well.

The third generation of semiconductors inside the big these are IDM companies because it is responsible for the industry chain from beginning to end, make-out may be more efficient.

But there are chip plants, some people in Japan, some Epi (epitaxial wafer) to do well, in our earliest single-crystal substrate in China is not necessarily their own to do, but above the epitaxial wafer to do it themselves.

After that, there are some design companies that design the wafers and leave them in different chip factories. There are such silicon carbide chip factories in Japan, Taiwan, and South Korea, so there is this kind of division of labor.

So I personally think that the third-generation semiconductor, IDM, is now the mainstream.

But the Foundry still has a chance, but it needs design companies to find a chip factory that they can work with on a long-term basis. I personally think this is a good opportunity.

If the capital market is willing to invest, the capital required for this is many times less than that required for advanced logic platforms. Not a lot of investment can be made, the focus is on talent.

We don't have enough talents in China, but we do have some in the US, and some people are willing to come to the Chinese mainland to work here.

There are some in Korea and Taiwan, and we in the Chinese mainland have some research institutions that are doing quite well, so it would be good if these people are willing to come to the industry.

Personally, I think Samsung is doing well in Korea. Why is Samsung doing well?

He is an IDM, it is financially strong, and its vision is very far-sighted. Although the domestic market is not large, but it knows it must master the technology, so early on, China's Samsung is not just to develop materials, equipment, to all kinds of industries from start to finish.

Basically the first to the third generation of semiconductor products, it can produce and has a very competitive edge.

In Taiwan, there is a capable of doing Samsung, this one it is very advanced in technology, but in addition to technology, basically on the materials, equipment, not to go to develop.

It doesn't feel the need to do this because they feel they won't get stuck in overseas markets.

In addition, their leaders like to focus on their specialties and not touch others, so they have good opportunities, but they have not developed an industrial chain.

The Chinese mainland is different, because it may get stuck, so it has to develop these technologies by itself.

I would like to emphasize again that investment in third-generation semiconductors is not very big, but the focus is on talent.

I hope the investment community will pay more attention to it and give proper support to it.