Huawei announced on Weibo on Sunday that tickets for Huawei's developer conference, HDC 2020, will go on sale tomorrow for early birds. 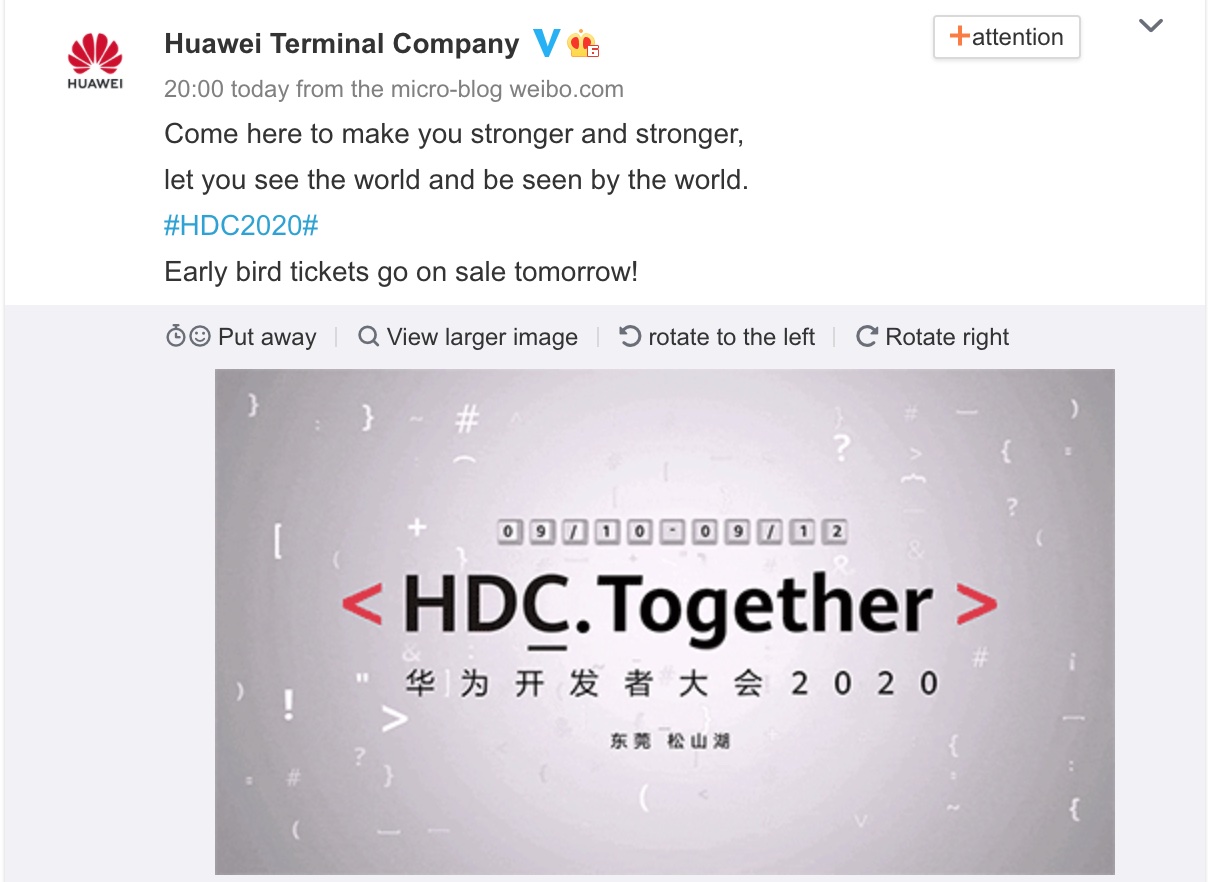 According to information on Huawei's developer website, the HDC 2020 will be held from September 10 to September 12.

Previously, it was reported that Huawei is expected to launch HarmonyOS 2.0 at the conference, which will be available for PCs, watches, and cars.

Huawei to release HarmonyOS 2.0 on Sept 11

Huawei unveiled the first version of HarmonyOS in August at the Huawei Developer Conference 2019, where the company gave a Chinese-language presentation on HarmonyOS, giving a vague overview with no screenshots or demos.

HarmonyOS isn't quite targeting smartphones yet, and the OS first debuted on the "Honor Smart Screen" and Huawei TVs released in September.

Huawei said an expansion to smartphones could happen sometime over the next three years, but for now, it wants to stick with Android.

Huawei is now pushing the HMS ecosystem with the highest priority, and with the release of HMS Core 5.0, Huawei's battle state has temporarily ceased and employees are entering a new phase of work.

Souhu Tech quoted Huawei insiders as saying that the nine-month period of the state of war ended with the release of HMS Core 5.0 and the first phase of development has been completed. Employees will return to their respective geographies to continue the fight in their precious teams in the next phase of the project.