IDC expects China's AI cloud services market to grow at a CAGR of 93.6 percent between 2018 and 2024, and AI capabilities have become an important consideration for users when choosing cloud services.

In addition to the above three vendors, other top players include AWS, Huawei Cloud, Microsoft Azure, Kingsoft Cloud, and Jingdong Cloud. 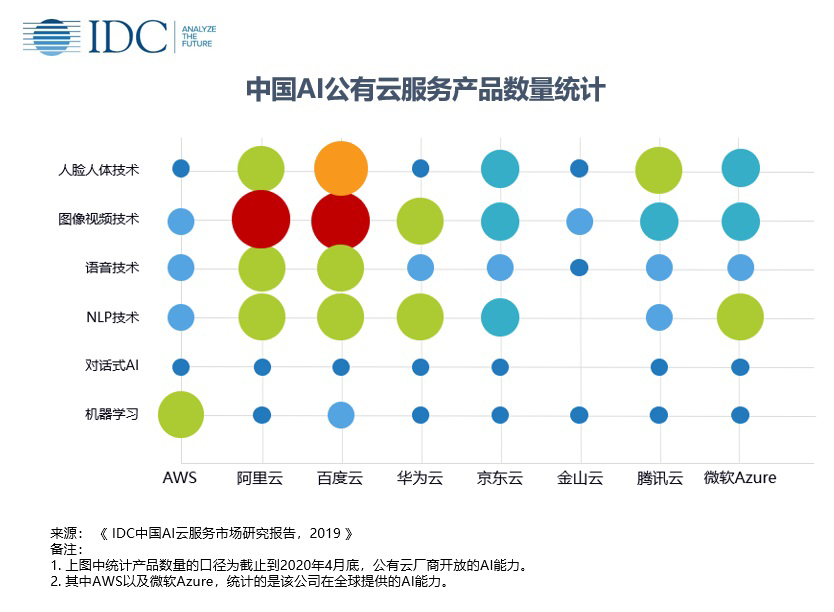 In the area of intelligent voice as well as conversational AI, Alibaba Cloud has a clear advantage.

Alibaba Cloud has been open up its intelligent voice technology since 2017, and has accumulated more than 30,000 algorithm models in the voice domain on Alibaba Cloud so far.

The second is Baidu Intelligent Cloud, which has established a broad customer base, whether in the consumer product market such as smart speakers, home or other enterprise markets, IDC said.

In the field of face and body recognition, Tencent Cloud is a relative market leader, followed by Baidu Cloud and Alibaba Cloud.

In the field of image video, Baidu Cloud has the advantage of open product capabilities, API call volume and commercialization revenue. Tencent Cloud is next and followed by Alibaba Cloud.