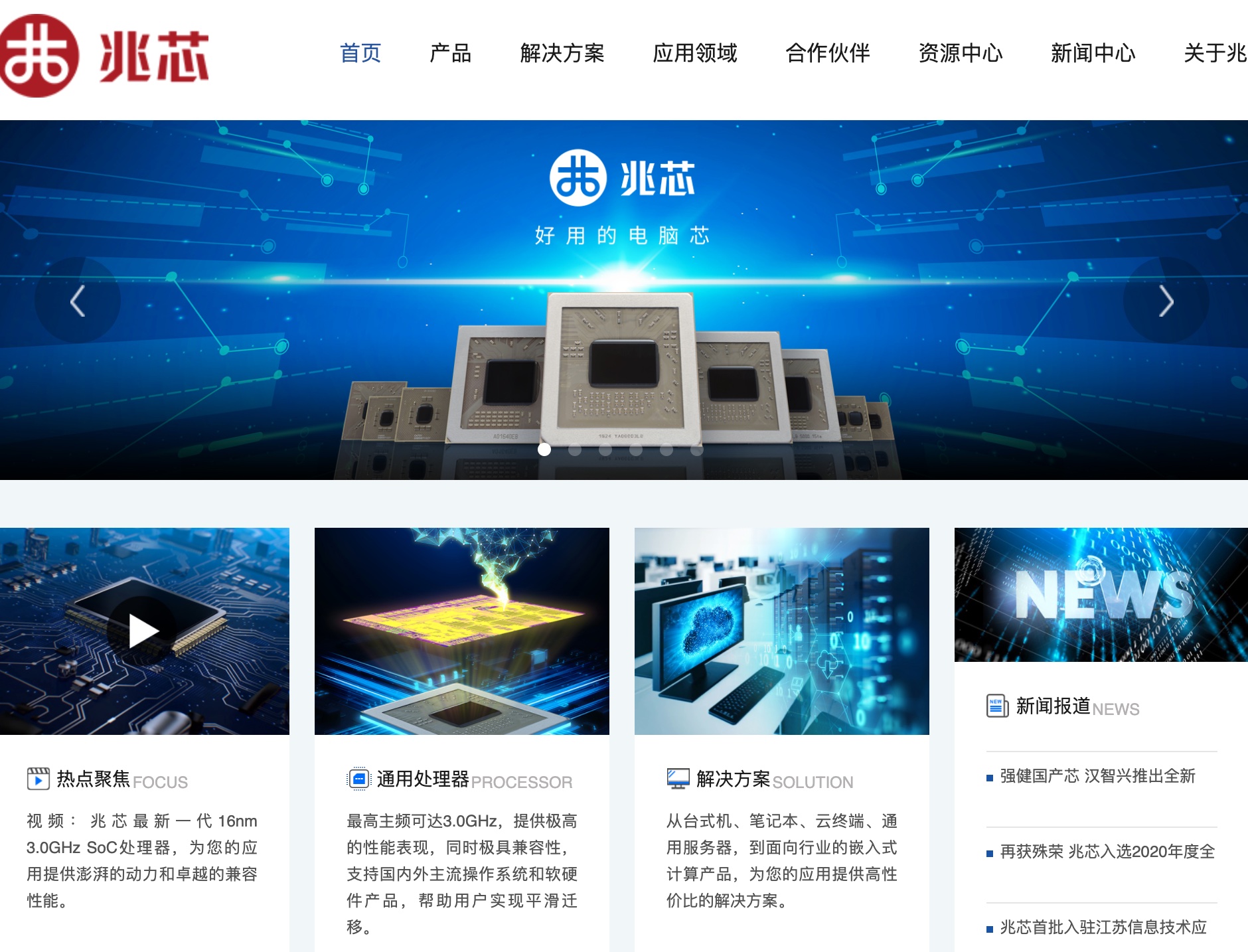 The new website presents hot information in the form of videos, and products about Zhaoxin CPUs in the general-purpose processor section.

It also has a solutions section that showcases Zhaoxin CPU-based desktops, laptops, and cloud terminals.

Zhaoxin is a Chinese state-owned holding company established in 2013.

Zhaoxin is 80% owned by a subsidiary of Shanghai SASAC, with the remaining shares mainly held by VIA Technologies.

The company is headquartered in Zhangjiang, Shanghai, with R&D centers and branch offices in Beijing, Xi'an, Wuhan, and Shenzhen.

Zhaoxin's initial CPU and GPU products were both made based on products from VIA Technologies.