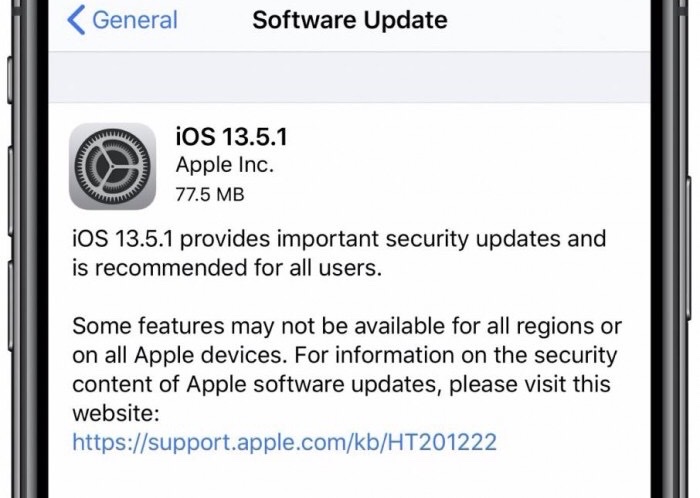 Nearly two weeks after the release of iOS and iPadOS 13.5, Apple has rolled out a seemingly minor update, supposedly to address security concerns.

"This update provides an important security update that is recommended for all users." The company said in a release note for iOS 13.5.1.

You can download it on your device now, and since it's not a beta, anyone can get it immediately.

It's worth noting that this update also comes just days after every device capable of running iOS 13.5 has been subjected to a massive jailbreak, which makes it seem like this update is only meant to combat the unc0ver jailbreak tool.

For those who haven't yet upgraded to iOS 13.5, the update includes an exposure notification API where developers can make contact tracking apps, and improvements to Face ID to make it easier for users to unlock their devices while wearing a mask.

It prevents the video window from changing size during group FaceTime calls, as well as automatically sharing important health information with emergency services when you call them.