Xcode may soon get iPhone and iPad versions

Apple may be developing a version of Xcode to run on iOS 14 and iPadOS 14 iPhone and iPad.

A leaker said that this rumor may lead to the development of mobile applications on the mobile devices in the future. 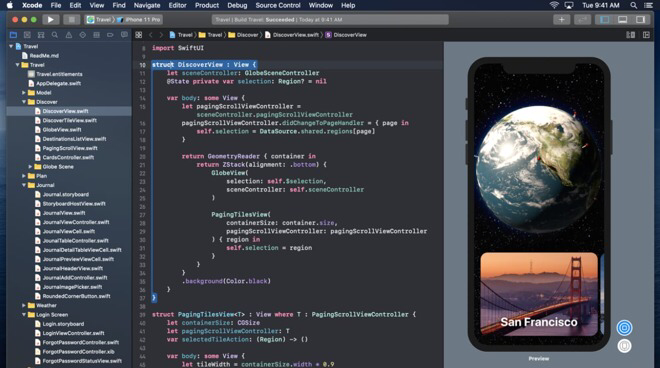 So far, one area that Apple has not covered is the development work on the device, which may change with the launch of iOS 14 and iPadOS 14.

The leaker Jon Prosser said in a tweet posted on Monday that Xcode exists on iOS 14 and iPad OS 14.

Jon Prosser hinted that its impact is huge, because its addition has opened the door for professional-level applications to come to the iPad.

Jon Prosser comment received a reply from Steve Moser, an iOS developer who pointed out that the hidden Xcode Preview app exists in iOS 13, although it is used as a companion app for the Mac version to display layout previews on the device screen.

So far, Apple has not allowed iPhone and iPad users to develop applications directly on the device as official.

The closest thing it allows is Swift Playgrounds, which is an application on the iPad. It can teach Swift development and experimentation, but it stops at the application development itself.

It is unclear how the full version of Xcode for iOS and iPadOS produces professional applications on the iPad.

In view of the current developer's platform development through Mac, if Apple really launched Xcode for iOS and iPadOS, then developers can more easily develop applications.

Currently, a Mac or MacBook is required to develop an iOS or iPadOS application, but the application and visual application layout can be tested during the development process.

By making development on the iPhone or iPad possible, this allows more people to start creating applications because they do n’t need to purchase a Mac in advance, which lowers the barrier to entry for development.

Apple's plans for iOS 14 and iPadOS 14 will not be fully disclosed until the WWDC conference in 2020. Apple usually uses the developer conference to announce changes to its main operating system.