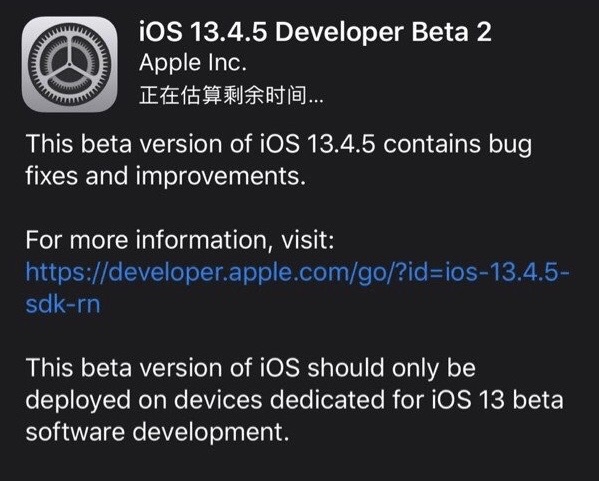 Prior to April 8, Apple released the official version of iOS and iPadOS 13.4.1.

The update focuses on bug fixes and performance improvements, and it also brings some new features to Apple Music subscribers.

With iOS 13.4.5, users can now share the Apple Music they are listening to on Instagram and Facebook Stories, which was previously only possible through third-party tools.

It automatically generates vertical images with album covers, song titles and animated blurred backgrounds that can be shared on Instagram Stories.  From there, you can also share these stories directly to Facebook.

In the iOS 13.4 and iPadOS 13.4 update, Apple has mainly introduced new emoticon stickers and the function of sharing iCloud cloud disk folders from the "File" App. At the same time, after the iPad update, it supports the use of a mouse and a touchpad.