Loongson launches 3A5000, first processor to use its own LoongArch architecture

Chinese chipmaker Loongson Technology has released Loongson 3A5000, the first processor based on its own instruction system, LoongArch, the company said Friday.

LoongArch builds on Loongson's two decades of experience in CPU development and ecosystem building, designing everything in-house from top-level architecture to instruction functions and ABI standards, without the need for foreign licensing, the company said.

LoongArch runs efficiently, and the same source code compiled into LoongArch can reduce the number of dynamically executed instructions by an average of 10-20 percent compared to compiling into Loongson's previously supported MIPS, it said.

Loongson 3A5000 runs at 2.3GHz-2.5GHz and contains four processor cores, the company said. 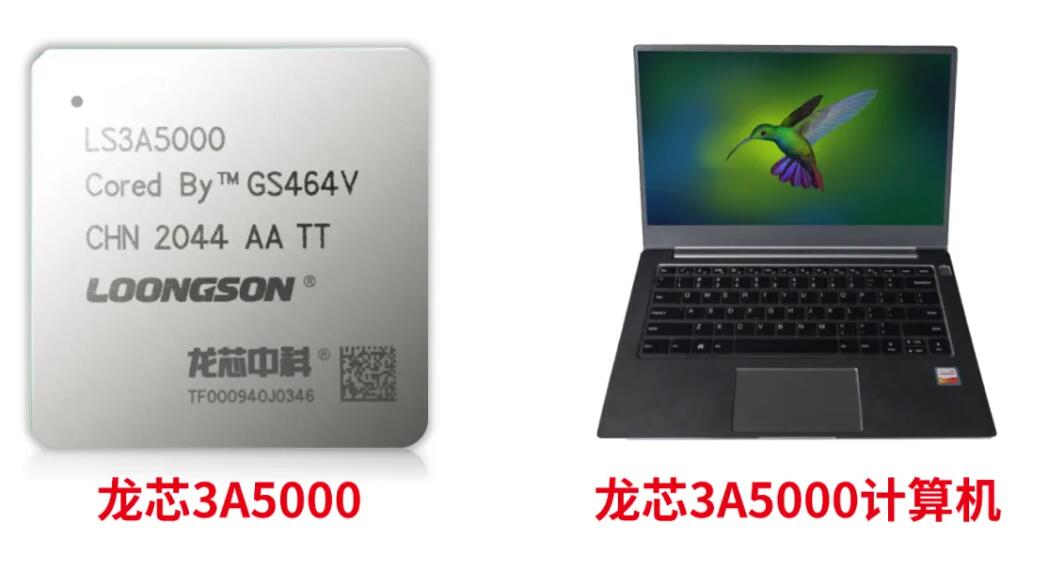 Loongson 3A5000 achieves fixed-point and floating-point single-core base scores of 26+ and quad-core scores of 80+ for SPEC CPU2006 running in the GCC compiled environment, the company said.

Loongson 3A5000 integrates a secure and trusted module to support a trusted computing architecture. Loongson 3A5000 has a built-in hardware encryption module that supports Merchant Secret SM2/3/4 and higher algorithms, with SM3/4 cryptographic processing performance of more than 5Gbps.

At present, three compilers GCC, LLVM, GoLang and three virtual machines Java, JavaScript, and NET have been developed for Loongson 3A5000.