Chinese regulators have launched an onsite review of local ride-hailing giant Didi Chuxing after announcing a decision to conduct a cybersecurity review of the company earlier this month.

Seven Chinese authorities were already onsite at Didi's company on July 16 to conduct the cybersecurity review, the Cyberspace Administration said in a statement posted on its official WeChat account.

On July 2, the Cyberspace Administration said that it was implementing a cybersecurity review of Didi in order to prevent national data security risks, maintain national security and protect the public interest.

In order to cooperate with the cybersecurity review and prevent the expansion of risks, new user registration for Didi would be suspended during the review period, the announcement said.

Didi started trading at $16.65 on June 30 on the New York Stock Exchange under the ticker symbol "DIDI," a nearly 19 percent premium to its $14 offering price. 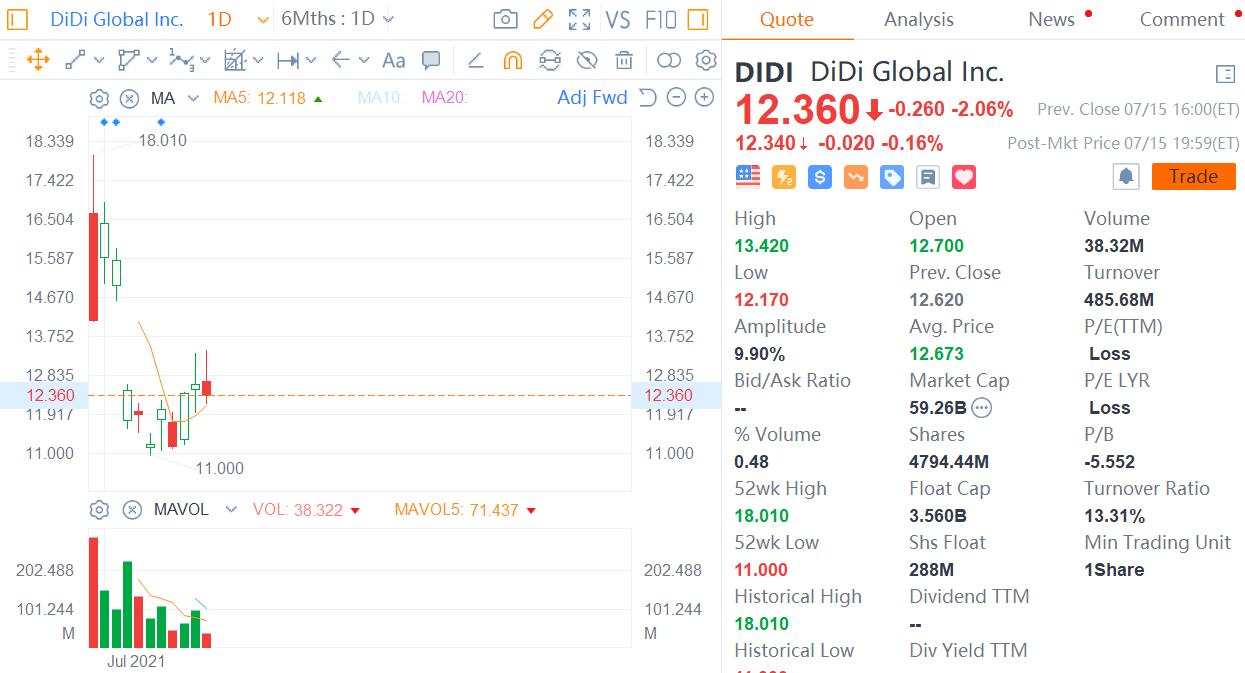