Huawei to release MatePad 11 with HarmonyOS on July 6 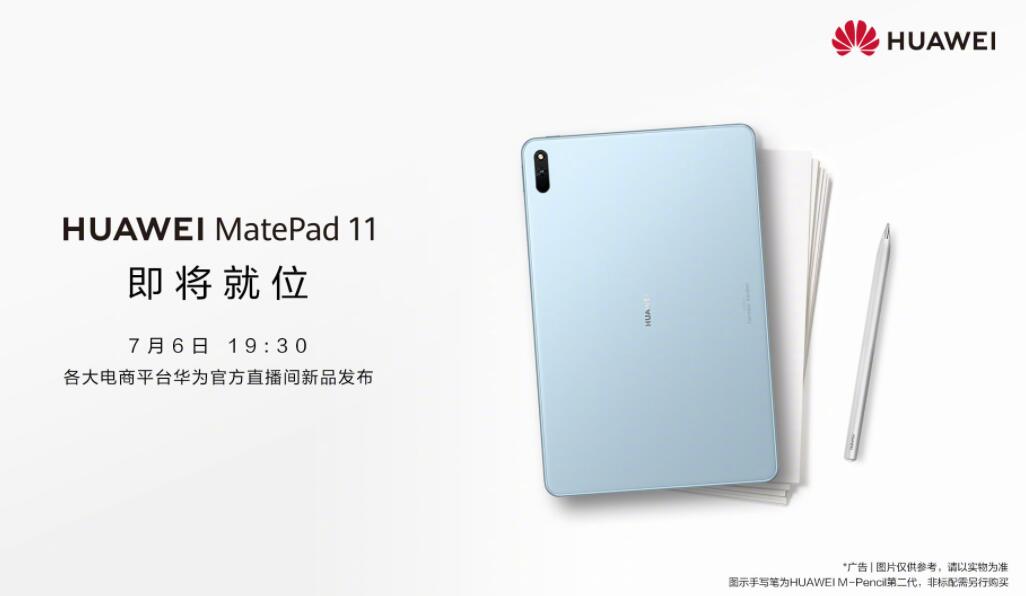 The Huawei tablet MatePad 11 with HarmonyOS 2 will be released at 19:30 on July 6 Beijing Time, the Chinese tech giant announced Monday.

Some media outlets claim that the MatePad 11 does not have 4G and 5G versions, only Wi-Fi 6 version.

The MatePad 11 is said to be powered by a Qualcomm 865 processor and features a 120Hz FullView display with 2.5K resolution.

The overall MatePad 11 will inherit a similar design language from the MatePad 12.6, with a full-screen design with no openings on the front and a vertically mounted lens module on the back.

The device has a built-in 7,250mAh battery with up to 12 hours of battery life and 22.5W charging power.

In May last year, Huawei launched the MatePad Pro 5G, the first 5G tablet in the Mate series, which was equipped with the then top Kirin 990 chip and a 2K display, priced from RMB 5,299.