Chinese smartphone giant Xiaomi surpassed Apple in the European smartphone market in the first quarter, reaching second place for the first time, said Zeng Xuezhong, vice president of Xiaomi Group and president of its smartphone division, citing a report from Canalys on Thursday. 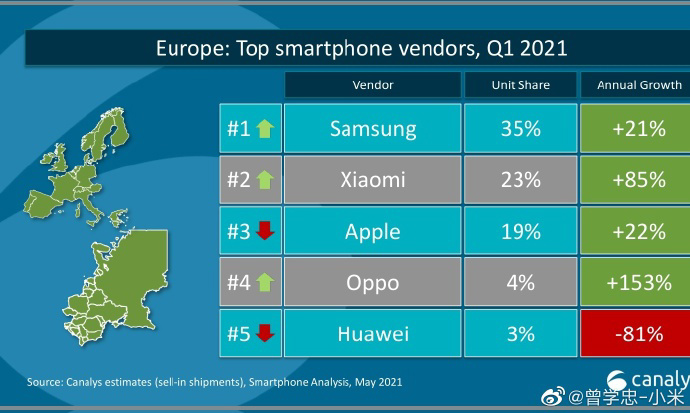 Xiaomi's smartphone shipments in Western Europe grew at a rapid pace, with its market share ranking third. The company has been No. 1 in smartphone market share in Spain for five consecutive quarters, the report showed. 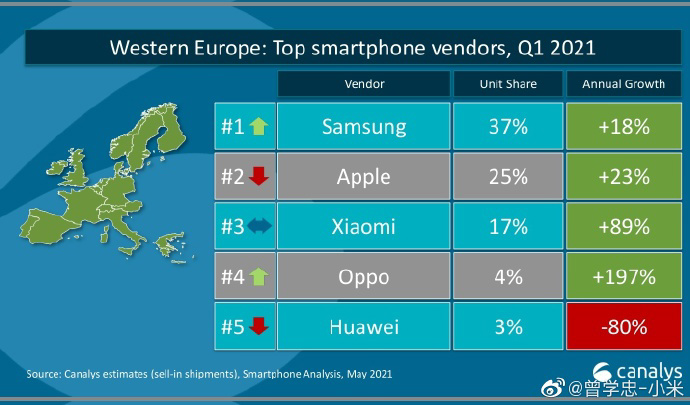 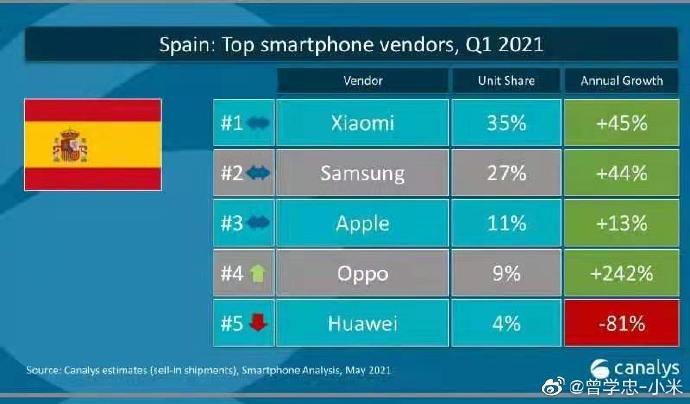 Samsung remained No. 1, with 76.5 million units shipped and a 22 percent share.

Apple shipped 52.4 million iPhones, with a 15 percent share. Sales of its iPhone 12 Mini fell short of expectations, but the strength of its other iPhone 12 models helped it maintain strong momentum.

Xiaomi had its best-ever single quarter, up 62 percent year-on-year, with 49 million units shipped. 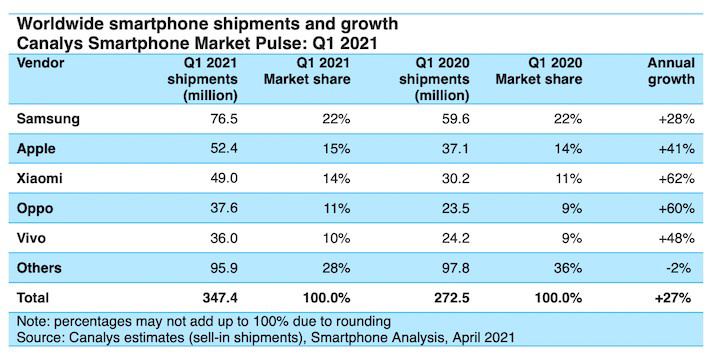