Huawei showcases 729 patents on its official website with patent wall 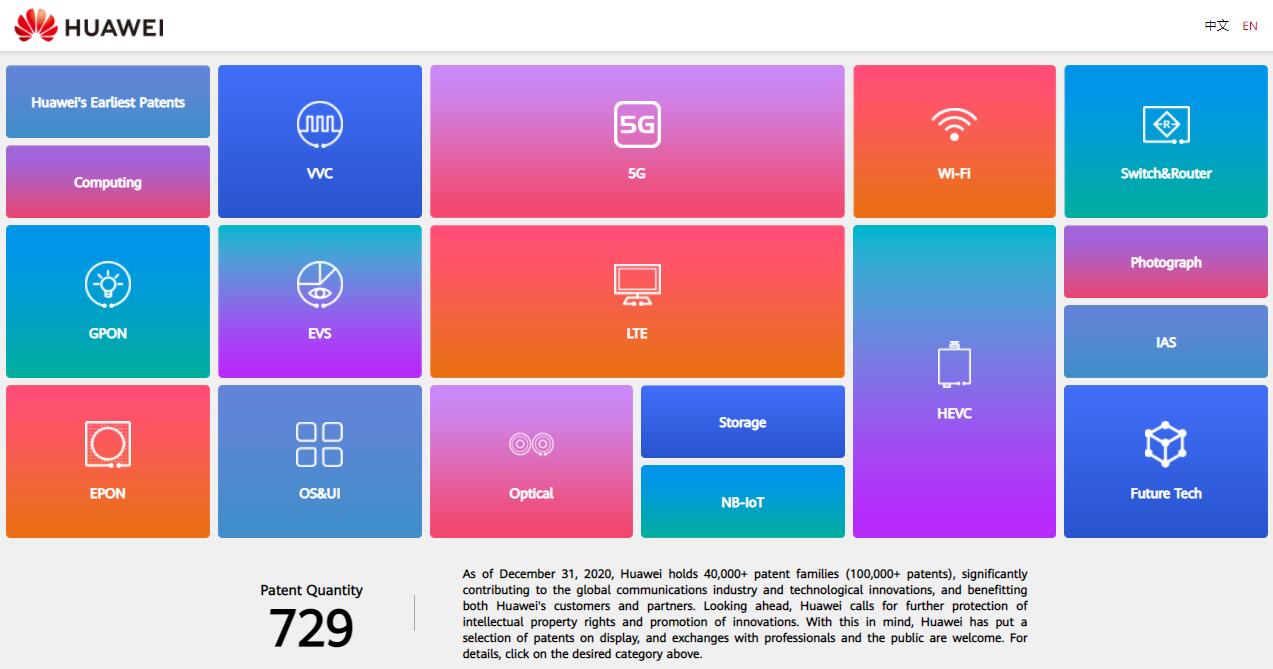 Huawei said it contributes to the development of the global communications industry and technological innovation, calling for the protection of intellectual property rights. The company has selected some of its patents for the industry and the general public to view.

In a white paper released Tuesday, Huawei described the company's practices in the area of innovation and intellectual property up to 2010.

By the end of 2020, Huawei has more than 100,000 validly granted patents worldwide, more than 90 percent of which are invention patents.

The patent wall shows that Huawei had already received a patent for 5G in 2002, which was only commercially available in 2019.

Founded in 1987, Huawei initially focused on manufacturing telephone switches and subsequently entered the telecom industry. Huawei's patent applications dating back to as early as 1995.