NeuraMatrix, a Chinese brain-computer interface platform, has recently closed a multi-million-dollar Pre-A round of funding led by Matrix Partners China.

This round of funding will be used mainly for mass production and sales of NeuraMatrix's existing products, new product development, and talent acquisition.

The global market size of brain-computer interfaces reached RMB 1.2 billion in 2019 and is expected to reach RMB 2.7 billion in 2026, according to QYResearch.

The market grew at a CAGR of 12.4% during this period, with North America accounting for over 60% of the market share, according to QYResearch.

NeuraMatrix, incubated by Tsinghua University, was founded in November 2019.

The company said its team has been working at the Max Planck Institute in Germany and the University of Pennsylvania since 2010 and has 10 years of experience in brain-computer interface technology.

NeuraMatrix has a team of about 50 people, mainly R&D and product engineers.

NeuraMatrix claims that its brain-computer interface chip is comparable to Neuralink in terms of signal acquisition accuracy and can reduce the system power consumption of its products by an order of magnitude, thereby reducing battery size. The chip has been taped out.

NeuraMatrix says its wireless transmission uses the medical frequency band instead of Bluetooth, which allows the product to capture a larger amount of EEG data for transmission. The product will be ready for mass production shipment later this year. 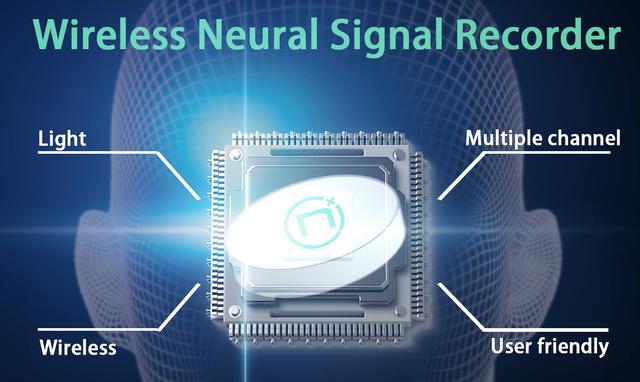