China has made a breakthrough in converting solar energy into liquid fuels, with a project producing a liquid product with 99.5% methanol content, according to CCTV.

The success, which was achieved in January 2020 and recently received CCTV coverage, is the first attempt to synthesize direct solar fuels on a global scale.

The project, if operating at full capacity, could produce 1,500 tons of methanol per year, consume 2,000 tons of CO2 and generate 15 million kWh of electricity using solar energy, the report said, citing experts.

China's annual methanol production capacity is about 80 million tons, and in 2019, China accounted for 29 percent of global CO2 emissions. If solar fuel is used to synthesize methanol, hundreds of millions of tons of CO2 can be reduced each year.

The research work on "artificial photosynthesis for solar fuels production" started in 2001: the first step is to turn light into energy in the form of photovoltaic power, the second step is to electrolyze water to make hydrogen, and the third step is to hydrogenate carbon dioxide to make methanol.

Researchers have calculated that each ton of hydrogen produced by electrolysis of water is equivalent to 33,000 kWh of electricity stored. Converting electrical energy into chemical energy is the most efficient chemical energy storage reaction.

If methanol is used as a fuel instead of coal, PM2.5 emissions will be reduced by more than 80% and NOx by more than 90%. 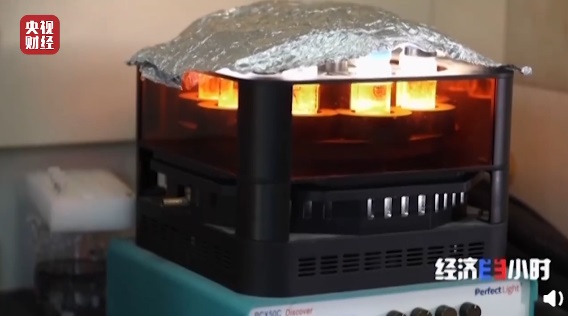