Shares of Chinese social media and gaming giant Tencent Holdings plunged more than 4 percent in Hong Kong trading, amid reports by Bloomberg that the company has become the next target of China's increased regulation in the fintech sector.

Tencent, Asia's top-ranked company by market capitalization, was punished by regulators on Friday as China began ramping up anti-monopoly regulation starting with Alibaba, the report said.

The report cited people familiar with the matter as saying that Tencent Holdings has been named as the next target of China's top financial regulator's increased regulatory efforts, following the restrictive measures it took against Alibaba's financial empire last year.

Like Ant Group, Tencent may also be required to set up a financial holding company that would incorporate all of its banking, insurance and payments businesses, the report said.

They also said the two companies would set a precedent for other fintech companies to meet stricter regulations. 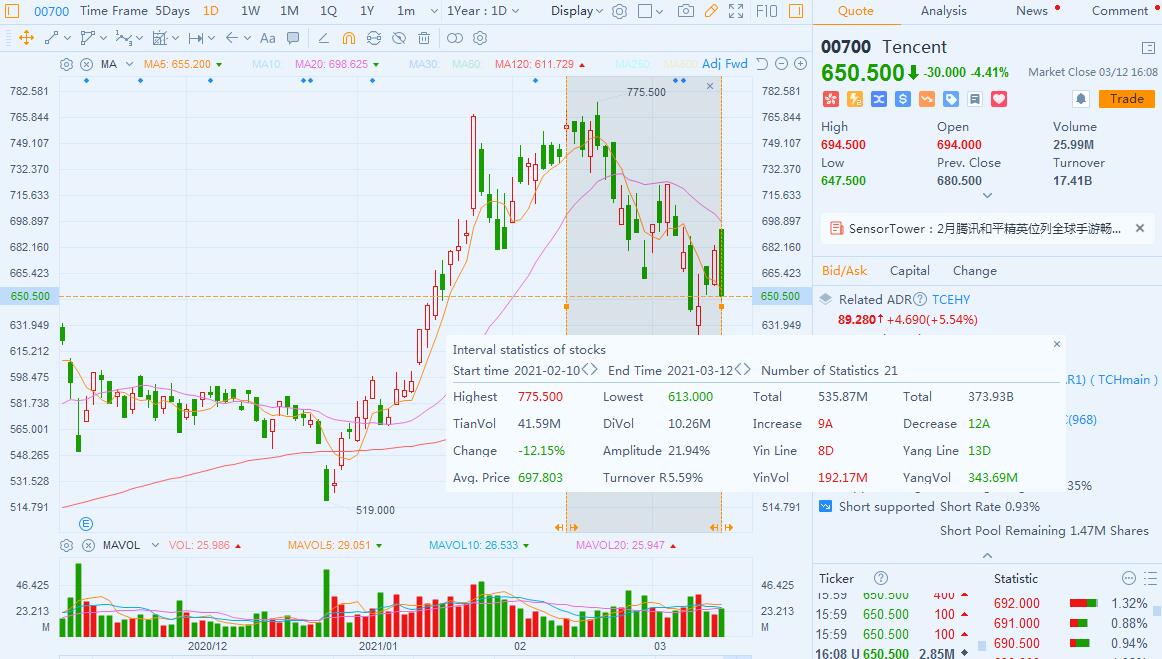