Chinese drone maker EHang will launch an electric aircraft with a range that will exceed 400 kilometers, ten times that of its current flagship EHang 216, according to NetEase Tech.

EHang demonstrated the EHang 216 in the United States last January, a drone powered by 16 electric rotors capable of flying along a predetermined route at 128 kilometers per hour.

However, electric aircraft are still in the early stages of development and are currently used mainly for sightseeing tours.

If the 400-kilometer-range aircraft does launch, it will be far superior to the current model of Joby, the US air cab company.

EHang was shorted by short-seller Wolfpack Research in February, sending its shares plummeting 62.7 percent to $46.30 in one day, and losing $4.1 billion in market value overnight.

Prior to the short sale, EHang's stock price had soared from $14 to $124 from its Nasdaq listing last December to Feb. 15 this year, a cumulative gain of 750 percent. 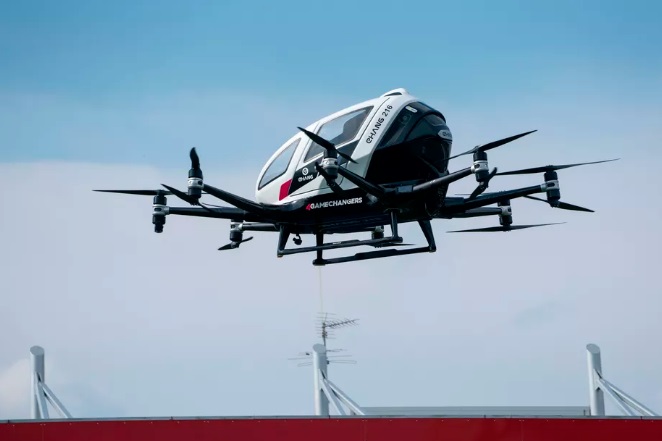