The tweet said Samsung Display will supply the foldable panel later this year, which will be larger in size.

We hear the upcoming Xiaomi foldable may be called the Mi Mix 4 Pro Max. China Star is the display supplier, not SDC. SDC will provide an in-folding display later in the year, which will be a little larger.

Xiaomi co-founder Lin Bin has shown off Xiaomi's foldable phone, which folds outward on both sides. 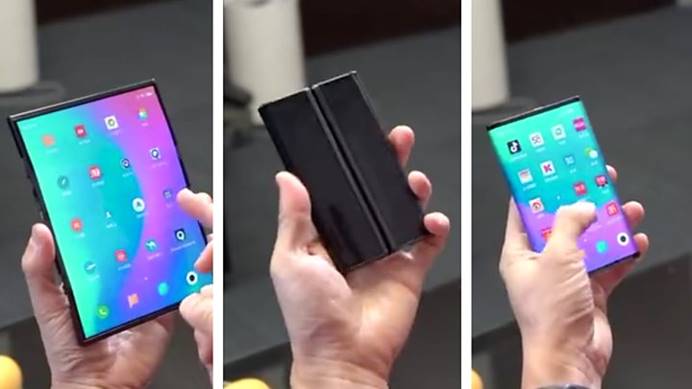 The foldable phone is not commercially available in mass production. Xiaomi also launched the Mi MIX Alpha, a concept phone with a wraparound screen.

Xiaomi's founder, chairman, and CEO Lei Jun said this year that the Mi MIX series would be updated, thus giving rise to speculation that Xiaomi's foldable phone might be named after the MIX series.

Previously, it was reported that the Xiaomi foldable phone will use an 8.03-inch foldable OLED panel supplied by Samsung, which supports a 120Hz refresh rate.

The machine is also expected to be equipped with a 6.38-inch external screen, which can effectively avoid frequent folding of the screen and affect durability.