According to the HKSE's process, companies with secondary listings in Hong Kong can file for a listing confidentially and are not required to publish specific information on its website until they pass the hearing.

Although Bilibili's listing team hopes to officially ring the bell in Hong Kong in March, its specific timeline will still need to be arranged according to the HKSE's timing for passing the hearing, the report said.

While there were rumors that Bilibili was planning to raise US$3 billion this time around, Tencent News reported that Bilibili does not have a specific fundraising plan yet and that the specific amount of capital to be raised will need to be determined based on the market value before and after the hearing.

Bilibili shares are currently trading near record highs, and a slight discount may exist for pricing a secondary listing in Hong Kong, Tencent News said. 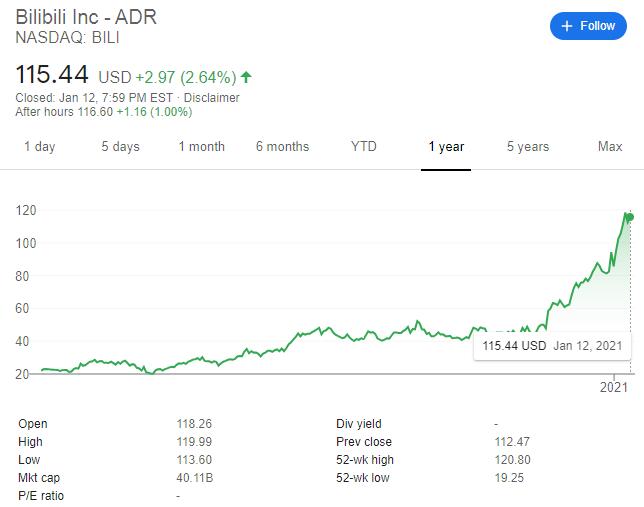