After an 11 percent decline in 2020, global smartphone production will begin to recover in 2021, market research firm TrendForce predicts.

In its 2021 market forecast, the company said it expects smartphone production to reach 1.36 billion units. That contrasts with 1.25 billion units in 2020.

That's because manufacturers have managed to take advantage of expected demand growth in emerging markets and a general "relatively strong wave of terminal replacements," TrendForce said. 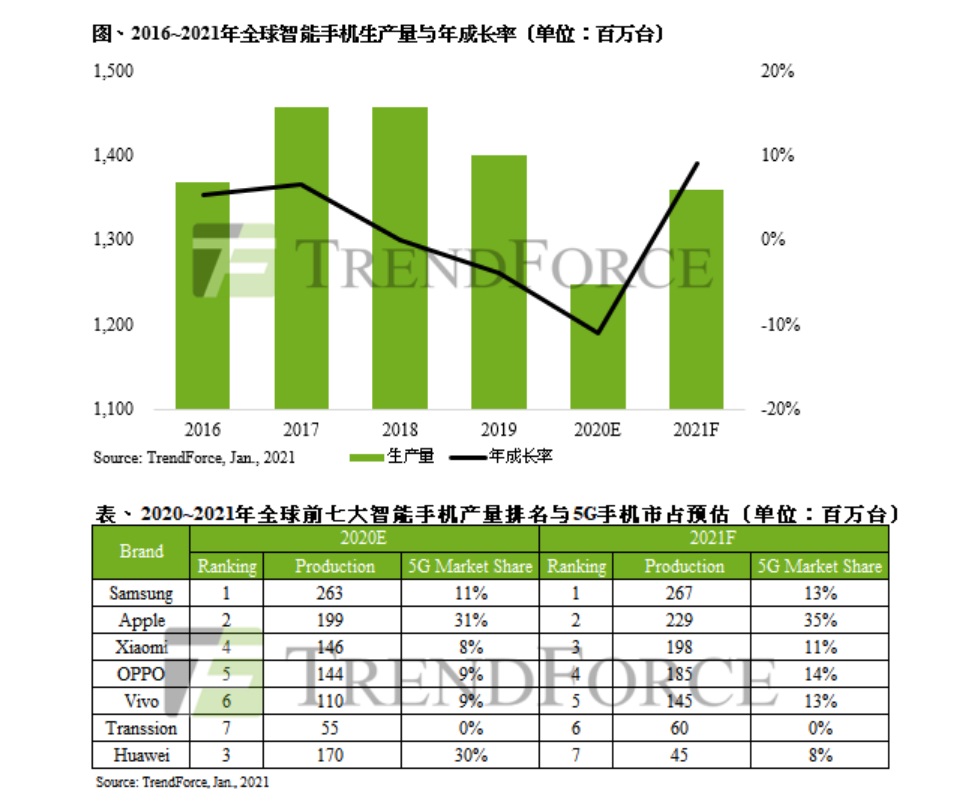 Despite the improvement, the figure is still lower than the number of terminals coming off the line in 2019.

A higher percentage of phones produced this year will likely support 5G, with 37 percent of new phones expected to use this latest network technology, compared with 19 percent in 2020, TrendForce said.

Despite the optimistic forecast, the company said production could shrink later this year if expected demand doesn't materialize or if access to specific components is limited, as was the case in 2020.

TrendForce expects Huawei's share of the global market to fall to seventh place from third place last year because of the spin-off of the Honor brand and the continued impact of US export restrictions.