Chinese video platform Bilibili is preparing for a secondary listing in Hong Kong with a possible capital raising of more than $2 billion, CNBC said, citing a person familiar with the matter.

Bilibili plans to file for an IPO on the Hong Kong Stock Exchange by the end of this week or early next week, with pricing and other details likely to be announced in the next two months, the report said.

CNBC reported last year that Bilibili could raise $1 billion to $1.5 billion. But Bilibili's share price has soared in the past 12 months, which the report said was the reason Bilibili raised the amount of money it hopes to raise in Hong Kong.

Bilibili is a popular video platform for young people in China and is also seen as the Chinese version of YouTube.

Bilibili announces successful launch of its video satellite, first of its kind for a Chinese internet company

As of the third quarter of 2020, Bilibili's monthly active user base had reached 197 million, achieving 51% growth compared to the end of 2019 and ahead of its full-year user growth target of 180 million.

In a recent report, Tianfeng Securities said that as it continues to promote the expansion of brand coverage and diversification of content ecology Bilibili is expected that there is still more room for user growth. 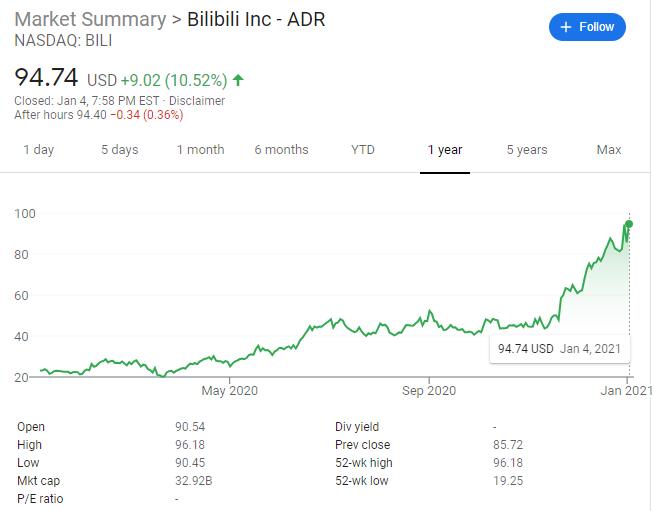