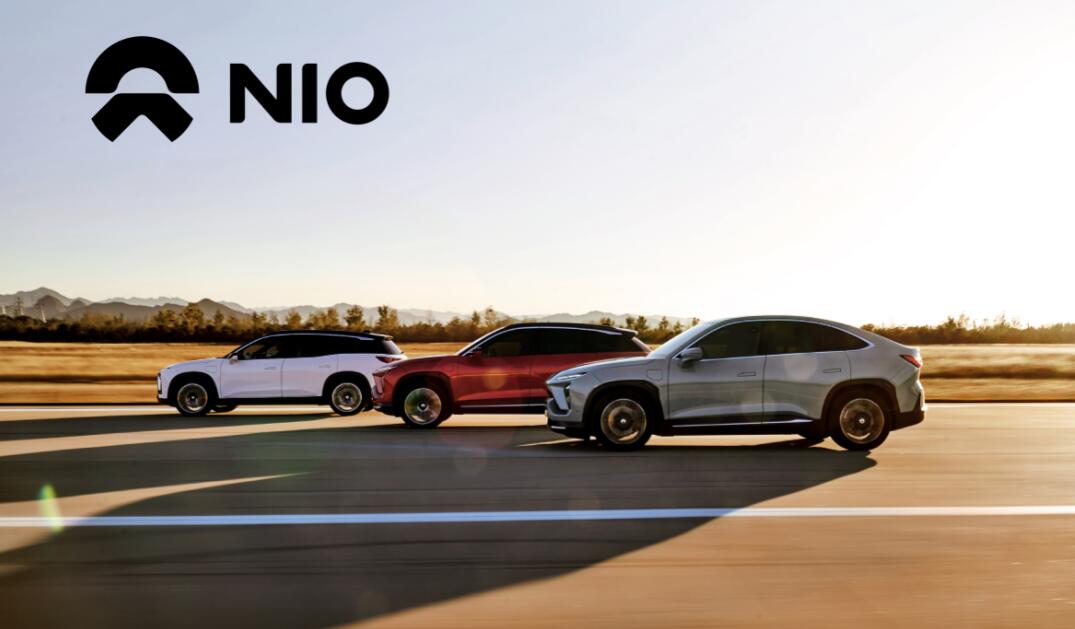 Chinese electric vehicle (EV) maker NIO (NYSE: NIO) delivered a total of 7,007 new vehicles in December, the fifth consecutive month with a record number of deliveries in a single month.

December's deliveries increased 32.4% from November and 121.0% from the same month last year, data released by the company on Sunday showed. This is also the ninth consecutive month since April that NIO has achieved a year-over-year growth rate of more than 100%. 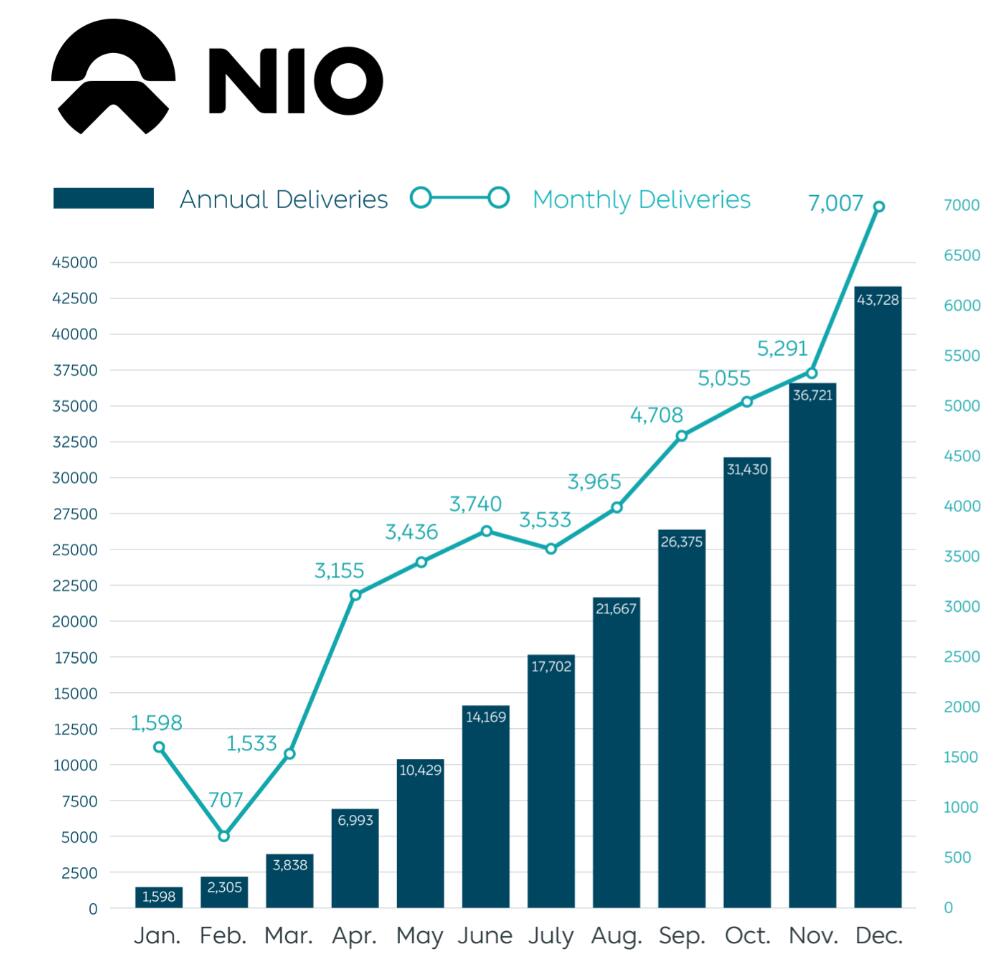 In the fourth quarter of 2020, NIO delivered 17,353 vehicles, representing an increase of 111.0% year-on-year and exceeding the higher end of the company's quarterly guidance.

"2020 has been a challenging year for the whole world. Against this backdrop, NIO has achieved consecutive record-highs along the way, and closed the year on a high note with a remarkable December deliveries of over 7,000 vehicles," said William Li Bin, founder, chairman, and chief executive officer of NIO.

"These results are attributable to the growing recognition of our premium brand, the competitive and compelling products and services, the expanding sales network, and most importantly, the continuous support from our passionate and loyal user community," Li said.

Li said NIO's Battery as a Service (BaaS) model has shown popularity among users since its launch. With the 100kWh battery pack offered as an option, the penetration of BaaS has reached over 40% among new orders in December, demonstrating its competitiveness and acceptance by users, he said.

At the fourth NIO Day scheduled on January 9, 2021, NIO will unveil our new sedan model and share the latest development of our autonomous driving and other core technologies, Li noted.

NIO in August announced its BaaS battery rental service, which eliminates the need for buying the battery for all NIO models and reduces the price of a car by at least RMB 70,000 yuan (about $10,000).

Facing competition from the Model Y

The delivery data was announced after Tesla significantly reduced the price of Model Y in China.

On January 1, Tesla announced that the China-made Model Y went on sale. According to the prices announced on Tesla's website, the Long Range and Performance versions start at RMB 339,900 and RMB 369,900 respectively, a price reduction of approximately RMB 148,100 and RMB 165,100 compared to the previous imported versions.

After the price cuts, there were rumors that NIO suffered mass cancellations on the day of the Model Y launch.

In response, NIO said, "The news that the official website system suffered mass cancellation of orders is untrue, and we have already launched a complaint against the relevant platform."

In addition, NIO's official Weibo also said, "Be faithful to your own choice, don't ask "Why", which seems to be a hint at the Model Y.

NIO said, "We are rivals, but also teammates. 2021, go forward together". And NIO is offering additional incentives for Tesla owners. "Welcome to test drive NIO, and even if you eventually choose Tesla, you can still get 3 free NIO Power one-touch refueling services."

BofA Securities expect the company to unveil the new electric sedan set to be delivered in the fourth quarter of 2021.

The new sedan will be designed and manufactured based on the NIO's second platform, which will equip advanced vehicle chips to enable comprehensive autonomous driving (AD) technology, BofA said in a note to investors.

Besides, Mobileye is likely to cooperate with NlO to rollout robotaxi in China based on the new Sedan, the note said.

BofA expects NlO to introduce the 150kWh battery pack to enhance driving range, with the new subscription package under the BaaS model.

"We believe such initiatives will be positive for new car sales in the long term," BofA said.

On December 27, NIO sent out invitations to formally invite media to attend the upcoming NIO Day.

Previous media reports have said that NIO's fourth new car could be mass-produced in the fourth quarter of next year at the JAC NIO plant in central China's Anhui Province.

The sedan will be NIO's fourth model, which could feature a coupe design similar to the Audi A7.

It is expected to be built on the second-generation platform NT2.0 which is currently under development and will be equipped with LIDAR. The car will be still using a dual-motor, four-wheel-drive system, and will be compatible with the L4 driver assistance system.

NIO Day comes in less than 10 days, what to expect?