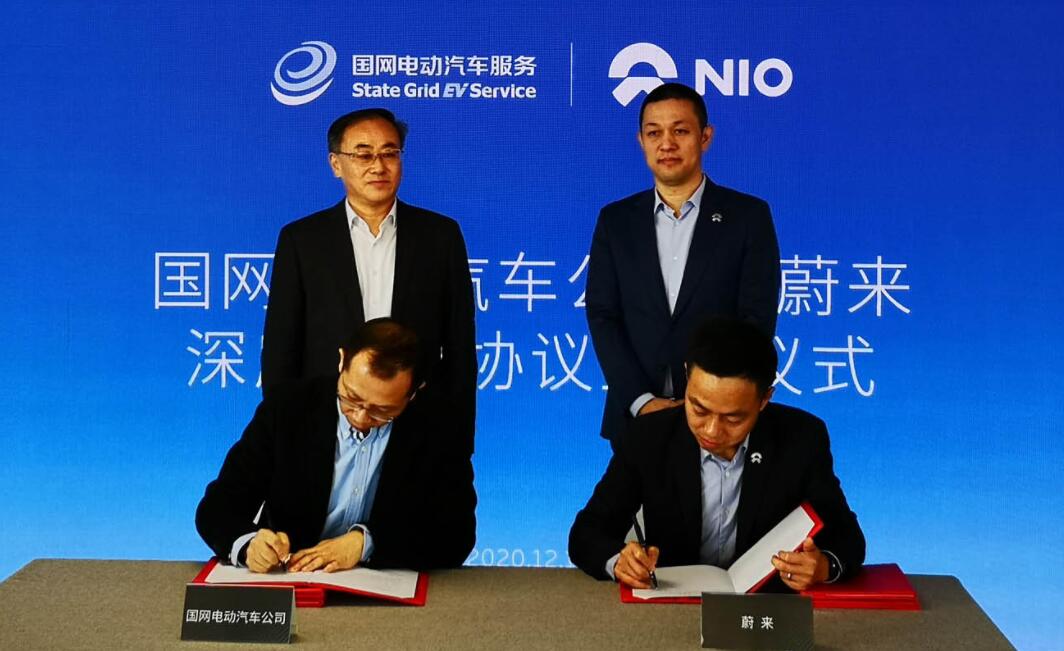 With more funds, NIO is stepping up the construction of charging and battery swap infrastructure.

On December 14, NIO and State Grid EV service, a subsidiary of State Grid Corporation, reached a cooperation agreement to jointly build 100 charging stations and battery swap stations in China by 2021.

The two companies signed the "Framework Agreement on Deep Cooperation in Charging, Battery Swap and Energy Services" in Beijing, in which they agreed to integrate their respective strengths and resources to explore innovations in the vehicle and charging business models.

The agreement mentioned that they will carry out the joint construction of charging stations and battery swap stations to improve users' experience of energy replenishment services, reduce users' vehicle costs and promote the promotion of new energy vehicles.

NEV battery swap model expected to get unified standards, as Chinese cities push for use scenarios

Driven by the transformation of China's national energy strategy, the installed capacity of clean energy generation is growing rapidly and the proportion of clean energy use continues to rise.

State Grid EV service was established at the end of 2015 with a registered capital of RMB 3 billion yuan, and is positioned to implement China's national energy strategy, air pollution prevention and control, and energy conservation and emission reduction policies, and to promote the accelerated development of the electric vehicle industry.

NIO is the first car company to cooperate with State Grid EV service, and they are talking about encouraging and guiding customers to use it together by introducing preferential electricity price or subsidy policy.

Previously, NIO and State Grid EV service have been working on a pilot of V2G technology (using the power battery of electric vehicles to reverse power to the grid).

In 2021, they will also promote V2G technology to encourage EV users to charge during low hours and discharge to the grid during peak hours to improve grid capacity efficiency.

(Update: An earlier version of this article used "National Grid" in the title that should be changed to "State Grid".)