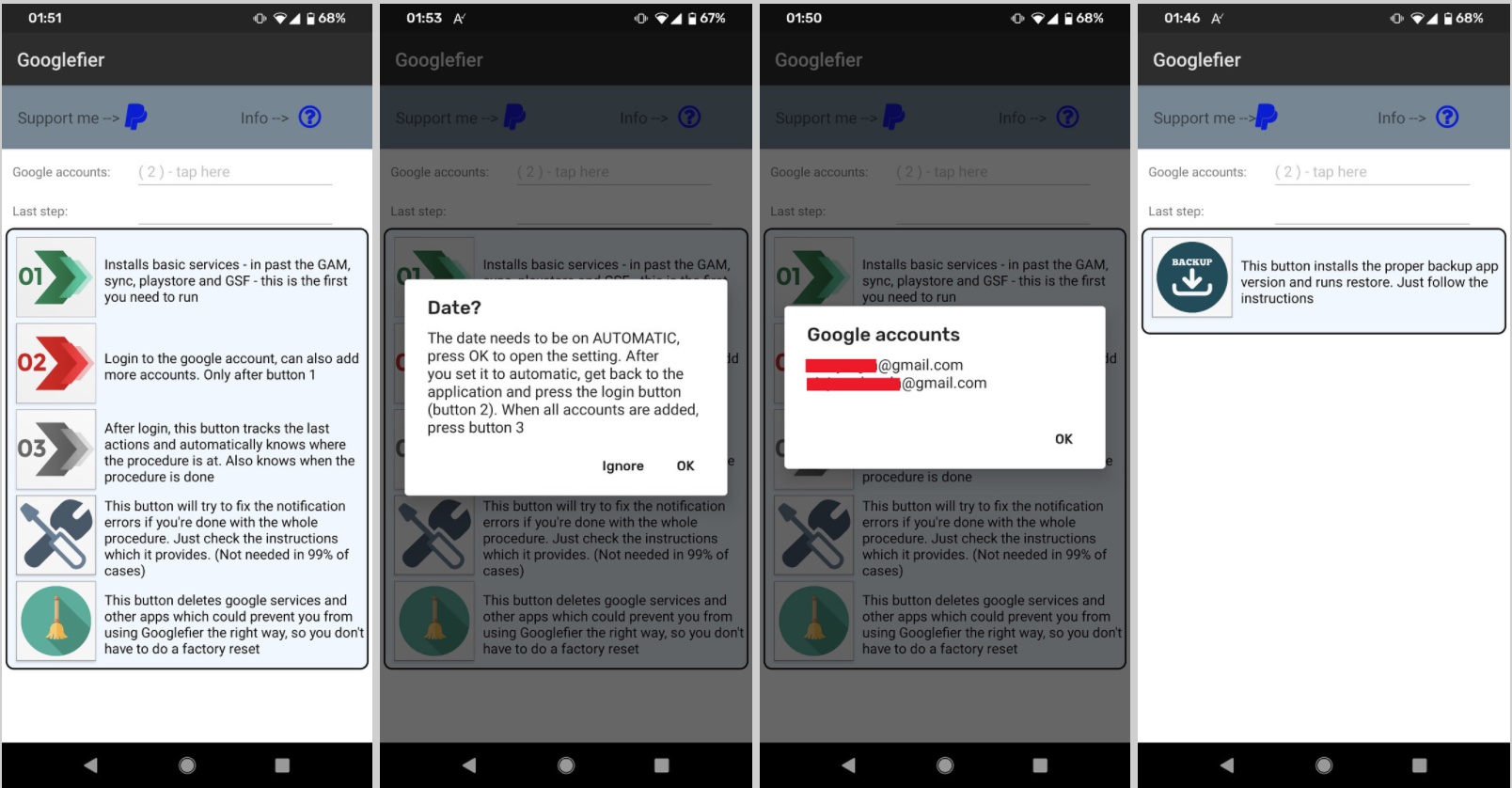 Since Huawei is on the US entity list, there is no Google Play service installed on Huawei's latest smartphones, which makes it difficult for most overseas users to accept Huawei phones.

You can check it here:

It's a quick and easy way to install Google apps on Huawei and Honor smartphones, although users have been able to do it themselves before.

The principles of Googlefier are also all the same as some of the previous methods, except that all the processes are within the app itself, making it easier to use.

It should be noted, however, that Google has warned users not to install its apps on unlicensed devices. This may mean that certain apps may not work as expected and may have an impact on the phone's battery life, but it's not a bad idea for overseas users who prefer Huawei phones.

For Huawei, in order to make up for the lack of Google Services, it has developed a new application called AppSearch that can download applications for its own Android smartphones without the Google Play Store.

AppSearch enables Huawei to offer popular apps from US companies such as WhatsApp and Instagram.

But this is done in an unusual way, because the installation of some apps is done through an external app store or directly from the website, not through the Huawei store.

Huawei cannot provide the downloaded content directly to users. Therefore, AppSearch provides a link to a website that contains an APK file. You can open the link to download the application installation file.

Phate Zhang Administrator
Posts 5769Comments 26
Comments (1)
Follow CnTechPost:
Popular Posts
TOP1
OPPO's new patent enables brainwave information transfer between users
June 2, 2021
TOP2
Meet Ollie: Tencent's wheel-legged robot capable of 360-degree flips
June 3, 2021
TOP3
China-made 14nm chips expected to be mass produced next year
June 23, 2021
TOP4
China starts construction of test line for maglev trains with speeds of up to 1,000 km/h
May 26, 2021
TOP5
One of China's top universities offers HarmonyOS-related courses
June 4, 2021
Recent Posts
We use cookies on our website to give you the most relevant experience by remembering your preferences and repeat visits. By clicking “Accept”, you consent to the use of ALL the cookies.
Do not sell my personal information.
Cookie SettingsAccept
Manage consent