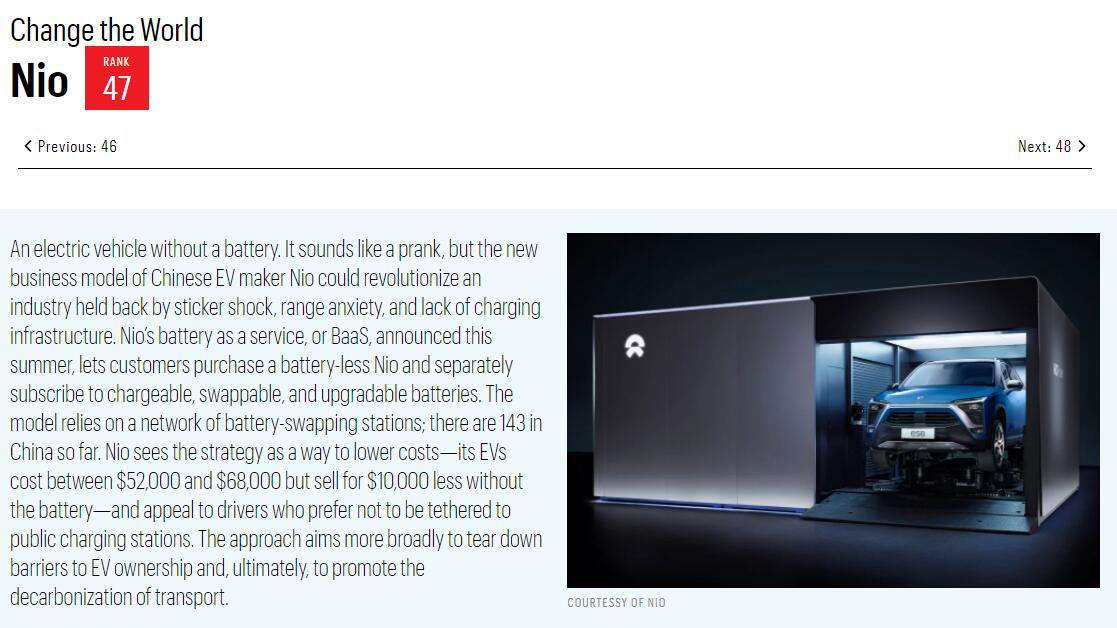 Chinese electric vehicle (EV) maker NIO has been named to Fortune's list of 100 companies changing the world in 2020 for launching BaaS (Battery as a Service), a battery rental service, making it the only automotive company on the list. 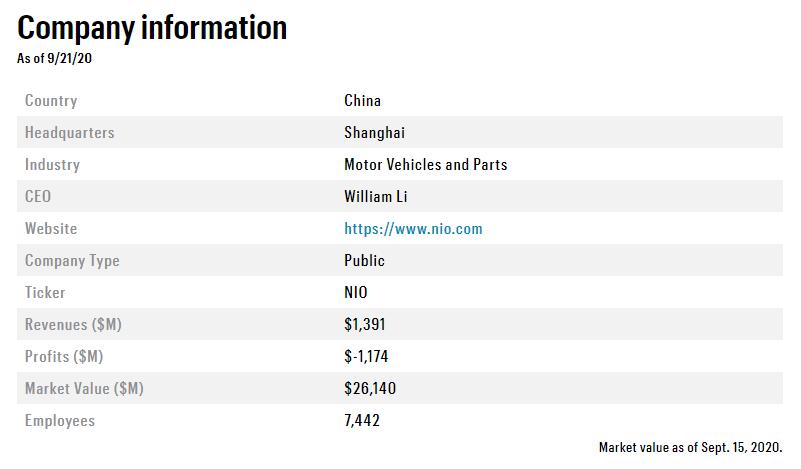 Here is the reason given by Fortune magazine:

An electric vehicle without a battery. It sounds like a prank, but the new business model of Chinese EV maker Nio could revolutionize an industry held back by sticker shock, range anxiety, and lack of charging infrastructure.

Nio’s battery as a service, or BaaS, announced this summer, lets customers purchase a battery-less Nio and separately subscribe to chargeable, swappable, and upgradable batteries.

The model relies on a network of battery-swapping stations; there are 143 in China so far.

Nio sees the strategy as a way to lower costs—its EVs cost between $52,000 and $68,000 but sell for $10,000 less without the battery—and appeal to drivers who prefer not to be tethered to public charging stations.

The approach aims more broadly to tear down barriers to EV ownership and, ultimately, to promote the decarbonization of transport.

NIO announced its BaaS battery rental service on August 20, which eliminates the need for buying the battery for all NIO models and reduces the price of a car by at least RMB 70,000 yuan (about $10,000).

Li Bin said that the idea of separating the ownership of the car's body and the battery so that the battery can be replaced and upgraded has been there since 2015, and now it has finally come true.

To put it simply, customers can apply for loans only for the car's body, and to use the battery they just pay a monthly service fee.

Taking NIO's current main sales model EC6 for example, Li Bin said the price can be reduced by 70,000 yuan on purchase and the owner will only have to pay a battery rental service fee of 980 yuan per month.