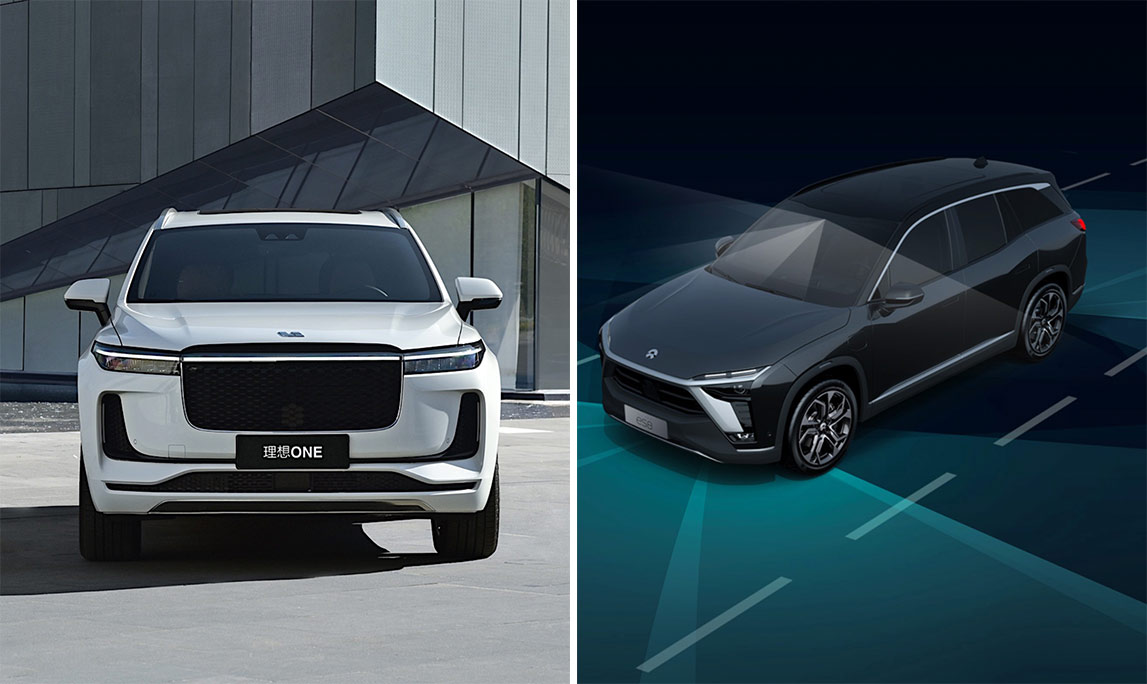 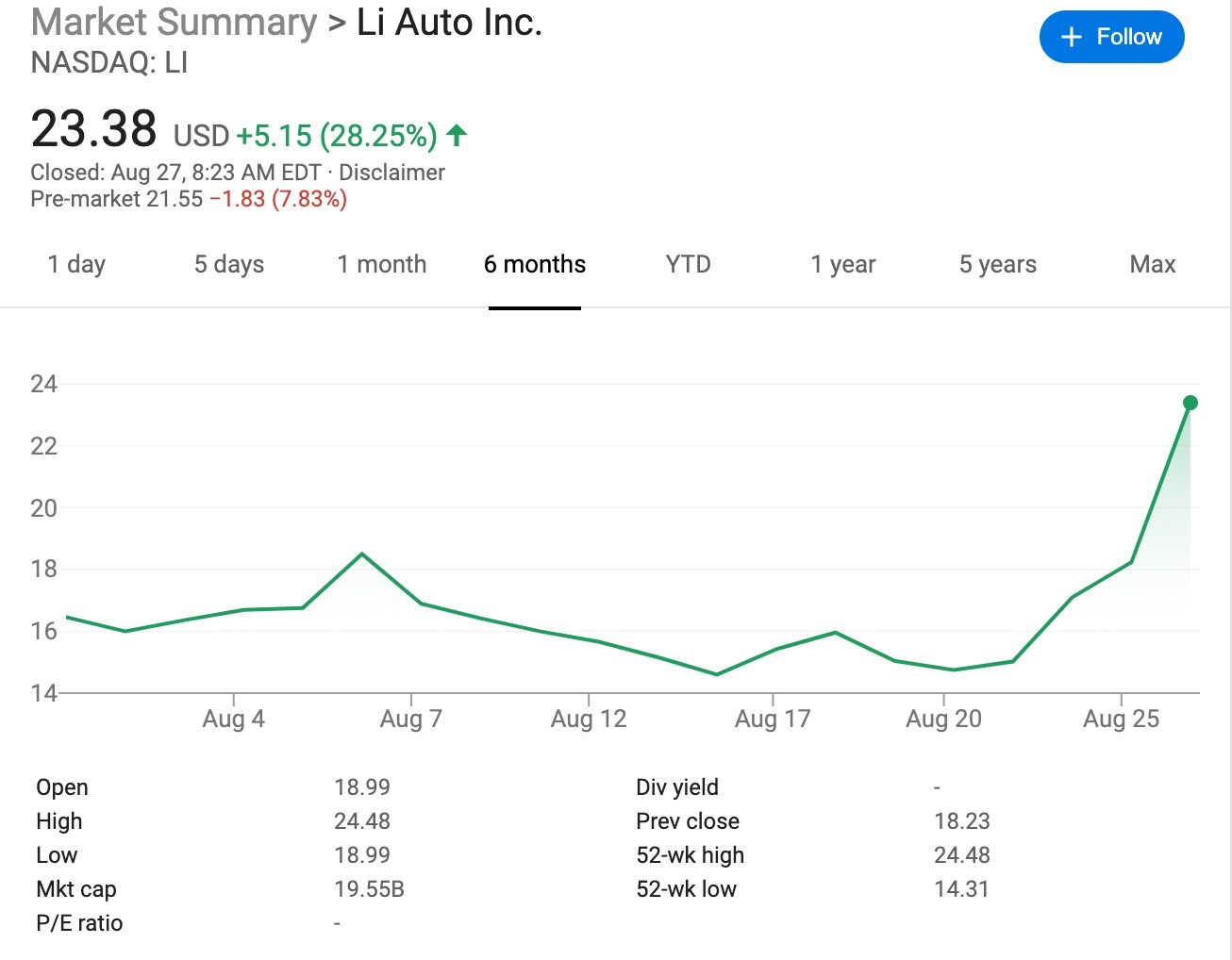 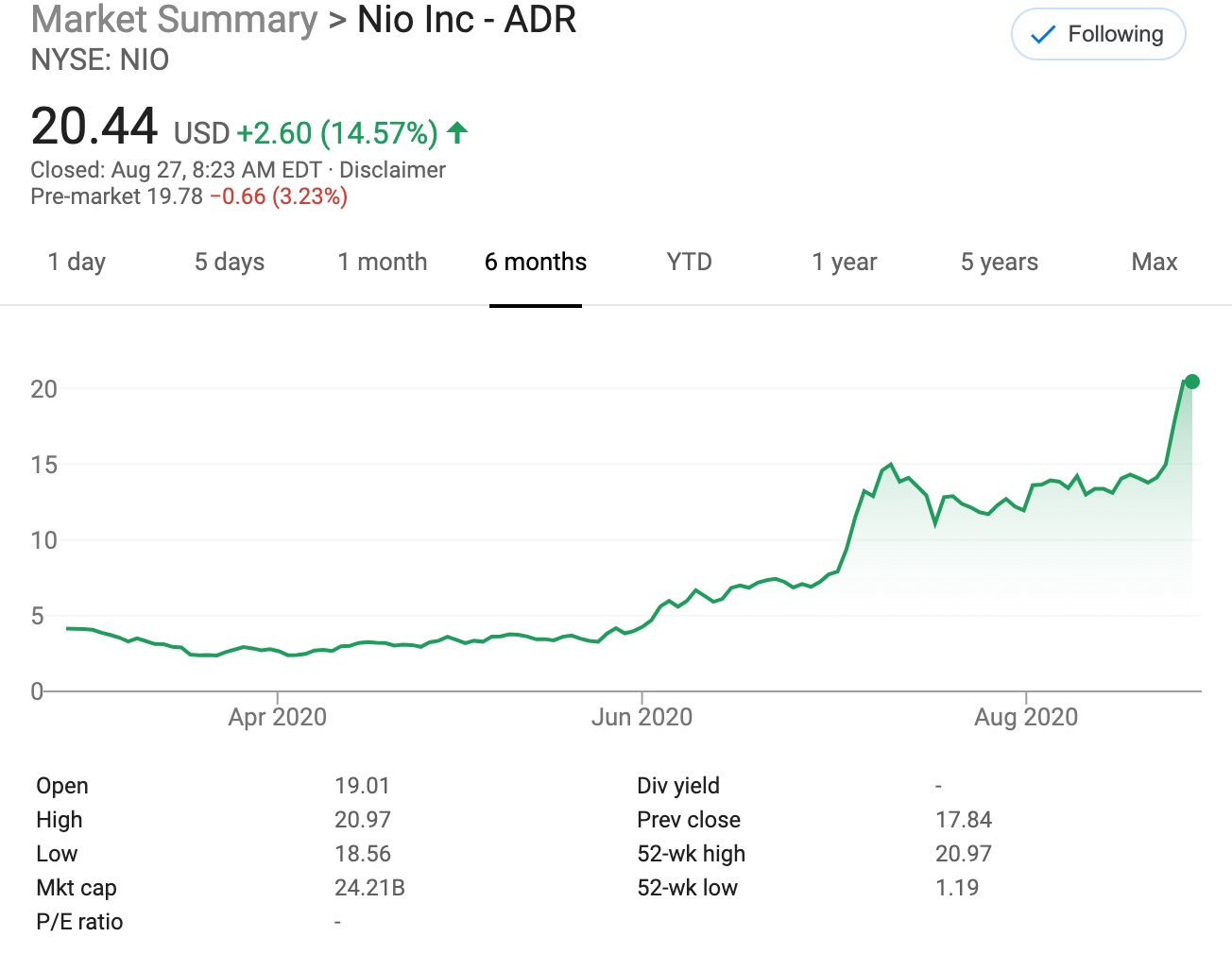 US new energy vehicle stocks rose collectively again on Wednesday. Tesla shares closed up 6.42%, at $2153.17, bringing the market value for the first time exceeded $400 billion. This year Tesla shares have risen more than 400%.

NIO and LI Auto, the representatives of China's new-energy vehicle companies, are also moving step by step toward their goal of becoming "China's Tesla".

On Wednesday, less than a month after its IPO, LI Auto surged 28.25 percent, with its intraday market value once breaking $20 billion, a new high since it went public.

Following the previous day's surge of 20%, NIO shares again rose 14.69% on Wednesday, the first time to stand at $20, closing total market capitalization of more than $24 billion.

Since the beginning of the year, NIO shares saw accumulated gains of up to 409%.

The surge in NIO and LI Auto shares comes as Wall Street has become increasingly bullish on the Chinese electric car maker, which has received a growing number of endorsements from prominent international investment banks.

Following Tuesday's UBS (UBS) upgrade of NIO from "sell" to "neutral" and a 1530% increase in the stock's price target from $1 to $16.30, NIO was followed by Morgan Stanley and Citi on Wednesday.

Morgan Stanley (Morgan Stanley) analyst Tim Hsiao raised his rating on NIO from "outperform" to "overweight" and set a price target on the stock from $12.00 to $16.30 in a new local report Wednesday morning. It was raised to $20.50.

For reference, NIO's pre-market price on Wednesday was $17.84.

Tim Hsiao writes that a recent infusion of capital from the economic development department of China's industrial heartland, Wuxing District in Huzhou City, Zhejiang Province, has improved NIO's access to credit, which in turn will make it more competitive from a financial standpoint.

Hsaio also acknowledged that he had underestimated the potential benefits of NIO's close cooperation with government agencies and the company's plan to provide batteries through a vehicle-electricity split approach.

Hsaio's rating upgrade may have been the main factor that drove NIO's stock up on Wednesday, but it wasn't the only factor.

On Wednesday, Citibank analyst Jeff Chung also raised his price target on NIO shares from $16 to $18.10 while maintaining a neutral rating in his own report.

Chung writes that he became more optimistic about the company's medium-term outlook after a call with NIO's management team. He believes that NIO's production ramp-up and battery ordering program (which reduces the upfront cost of cars) makes it easier for auto investors to see how car sales will grow in the coming years.

Goldman Sachs initiated LI Auto with a "buy" rating and a $20.60 price target and added the company's stock to its conviction list on 25 May.

In a research note, Goldman Sachs said that LI Auto's ability to conceive and create a compelling electric vehicle consumer experience sets it apart from other Chinese automakers.

LI Auto is the first Chinese manufacturer to commercialize an add-on electric vehicle, and the company launched its first model, the LI ONE, in November 2019.

Goldman Sachs sees the LI ONE as the first step in a more ambitious innovation plan for LI Auto that will help boost the company's share price.

Morgan Stanley also on the 25th for the first time LI Auto to "overweight" rating, with a price target of $20.

Morgan Stanley believes that premium SUVs remain popular in the Chinese market, and LI Auto's unique product and business model can support its growth, as the company can differentiate itself through its expanded electric vehicle platform.