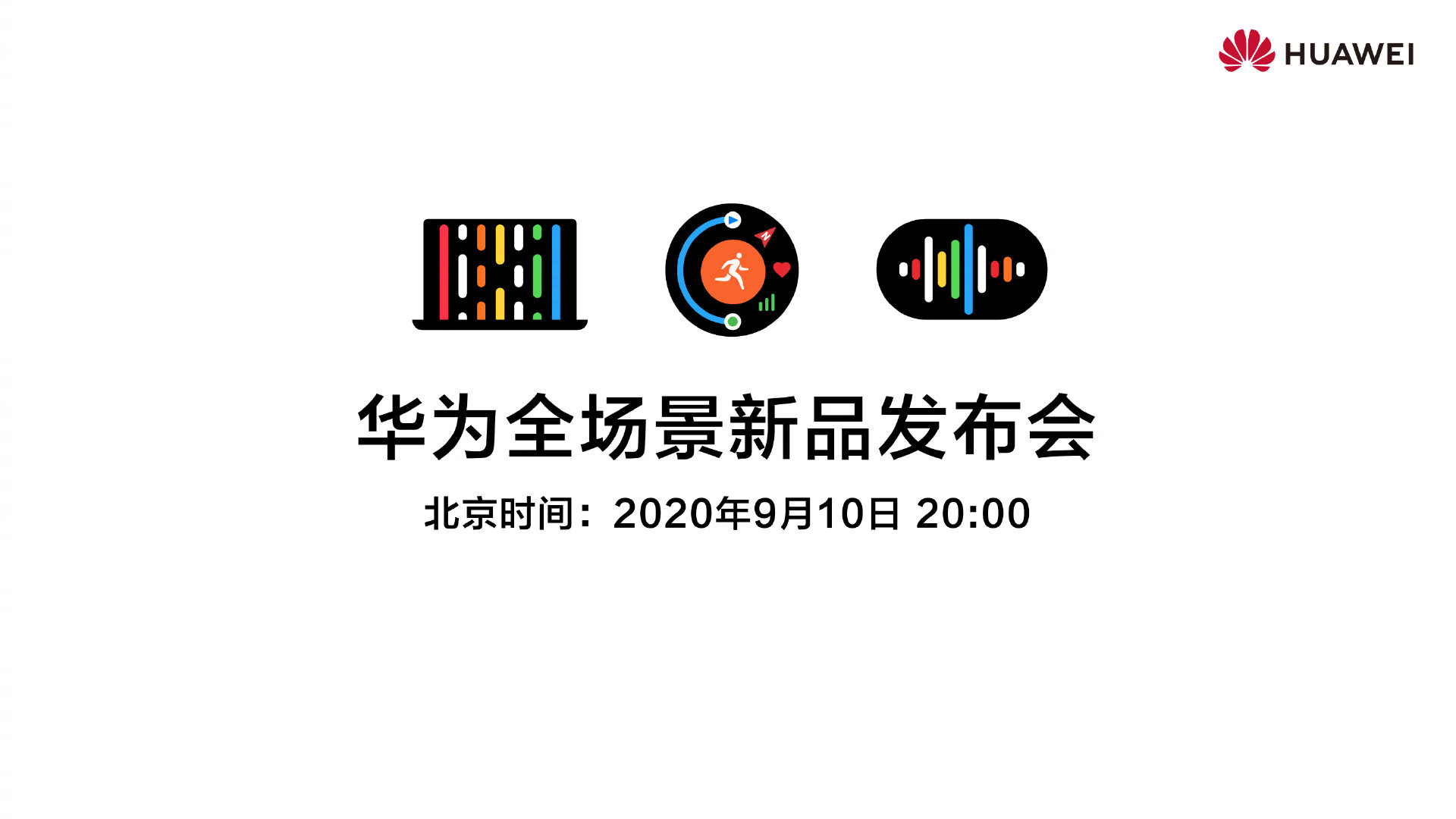 Huawei today announced on Weibo that it will hold a full-scene new product launch event on September 10 at 8 p.m. Beijing time.

Huawei released a poster showing that it will launch a new laptop, watch, and band at the event, which may come with HarmonyOS according to previous reports.

In August 2019, Huawei launched HarmonyOS 1.0, which has since been tested on smart screen products. This year's version 2.0 will be able to be used in products such as PCs, watches, and cars, the report said.

Huawei unveiled the HarmonyOS in August at the "Huawei Developer Conference 2019," where the company gave a Chinese-language presentation on HarmonyOS, giving a vague overview with no screenshots or demos.

Early in July, cnTechPost reported that Huawei will release HarmonyOS version 2.0 at the Huawei Developer Conference on September 11.

Huawei to release HarmonyOS 2.0 on Sept 11

Weibo digital blogger @勇气数码君 said last week Huawei's HarmonyOS 2.0 is coming and will be used on Huawei watches, PCs, and even tablets within the year.

Huawei's teaser for the launch today seems to confirm the blogger's message.