Home › 5G › China ships 43 million 5G phones in Q2, more than half of which use Huawei HiSilicon chips
#5G#

In the second quarter of this year, China shipped more than 43 million 5G smartphones, of which Huawei HiSilicon is the largest 5G processor supplier, with a 54.8% market share, according to data recently released by IDC. 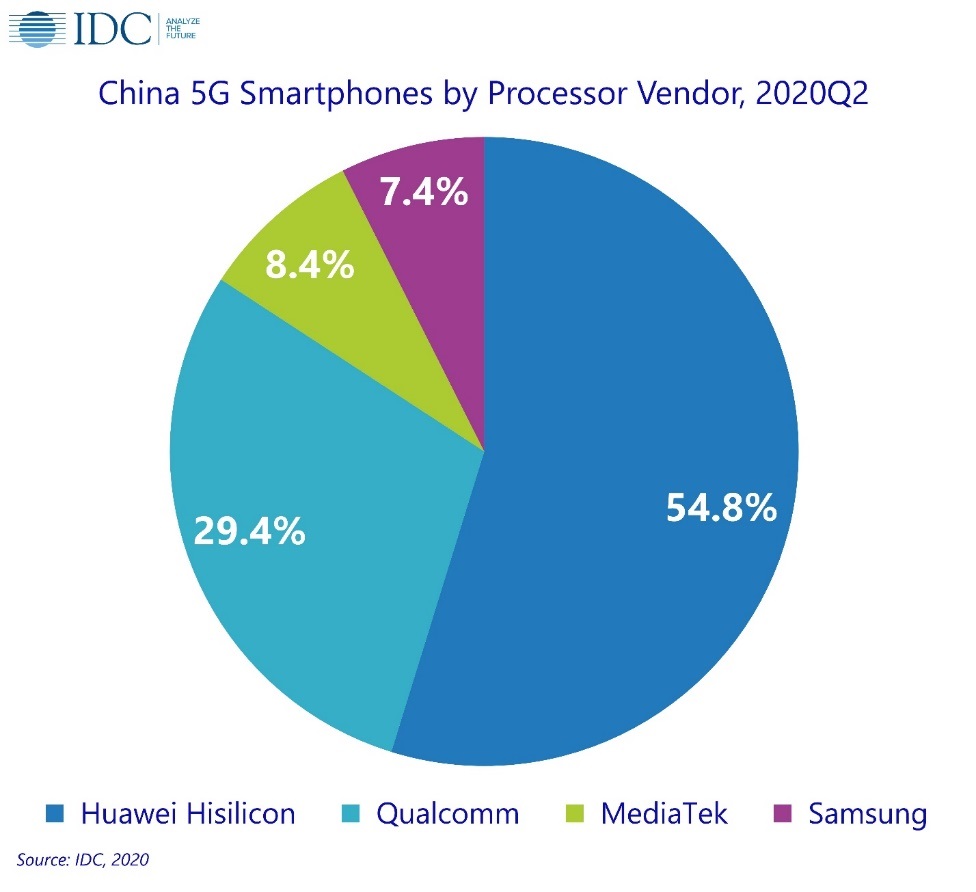 Total smartphone shipments in China were 87.8 million units in the second quarter of 2020, down 10.3 percent year-on-year, an improvement from 20.3 percent decrease in the first quarter, the IDC data showed.

IDC said nearly half of all smartphones in China supported 5G networks in the second quarter of 2020, ahead of other countries and regions.

Huawei continues to lead with a 45.2 percent market share thanks to its top-tier brand image and comprehensive product portfolio, and has boosted its premium position with the Huawei P40 Pro series, the report said.

OPPO's A and Reno ranges continue to be its growth drivers, contributing over one million units shipped per range.

Apple's shipments and market share grew positively from a year ago, with the iPhone SE 2020 contributing 10 percent of its total shipments. 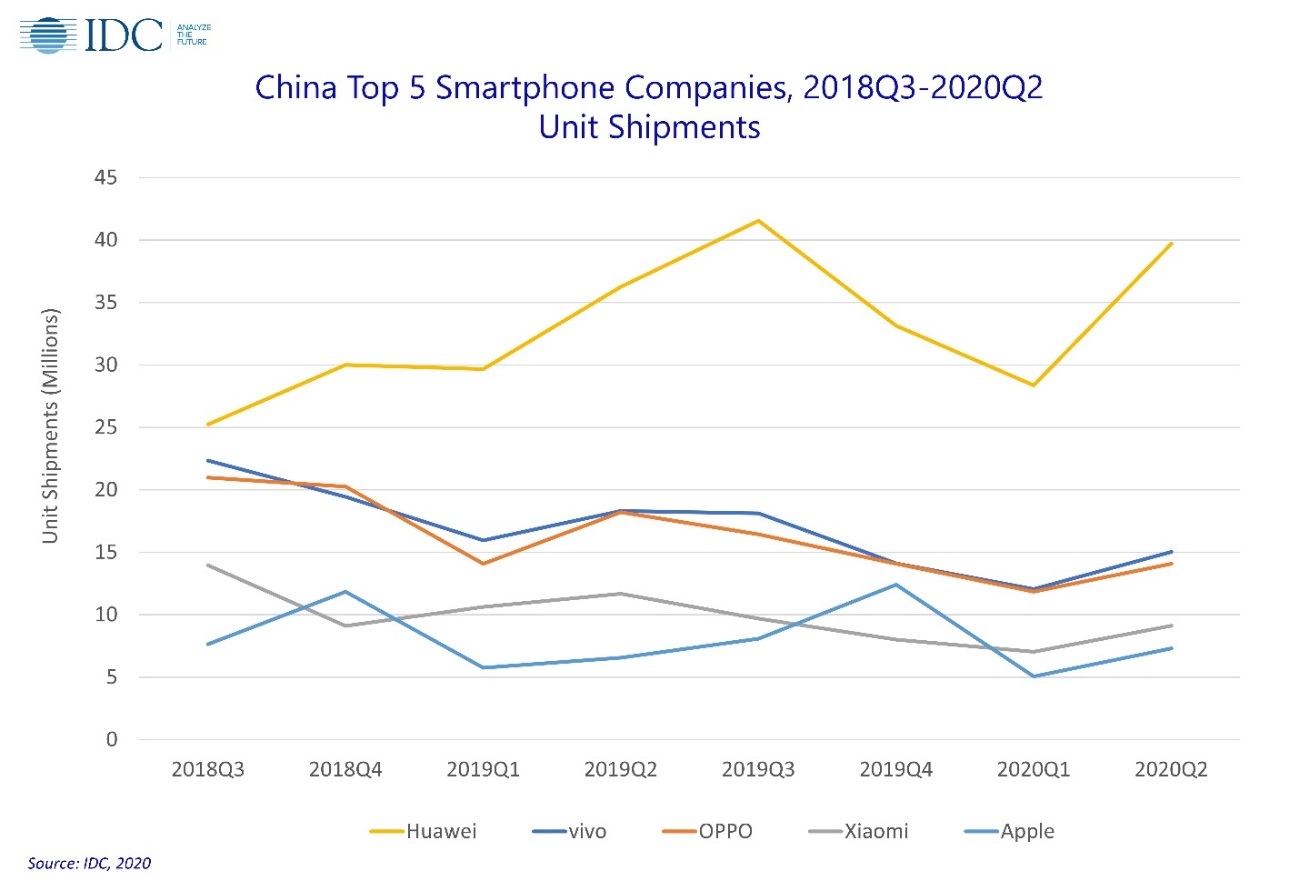 In the second quarter, the weighted average price of 5G smartphones has fallen below $500 in China, according to IDC. 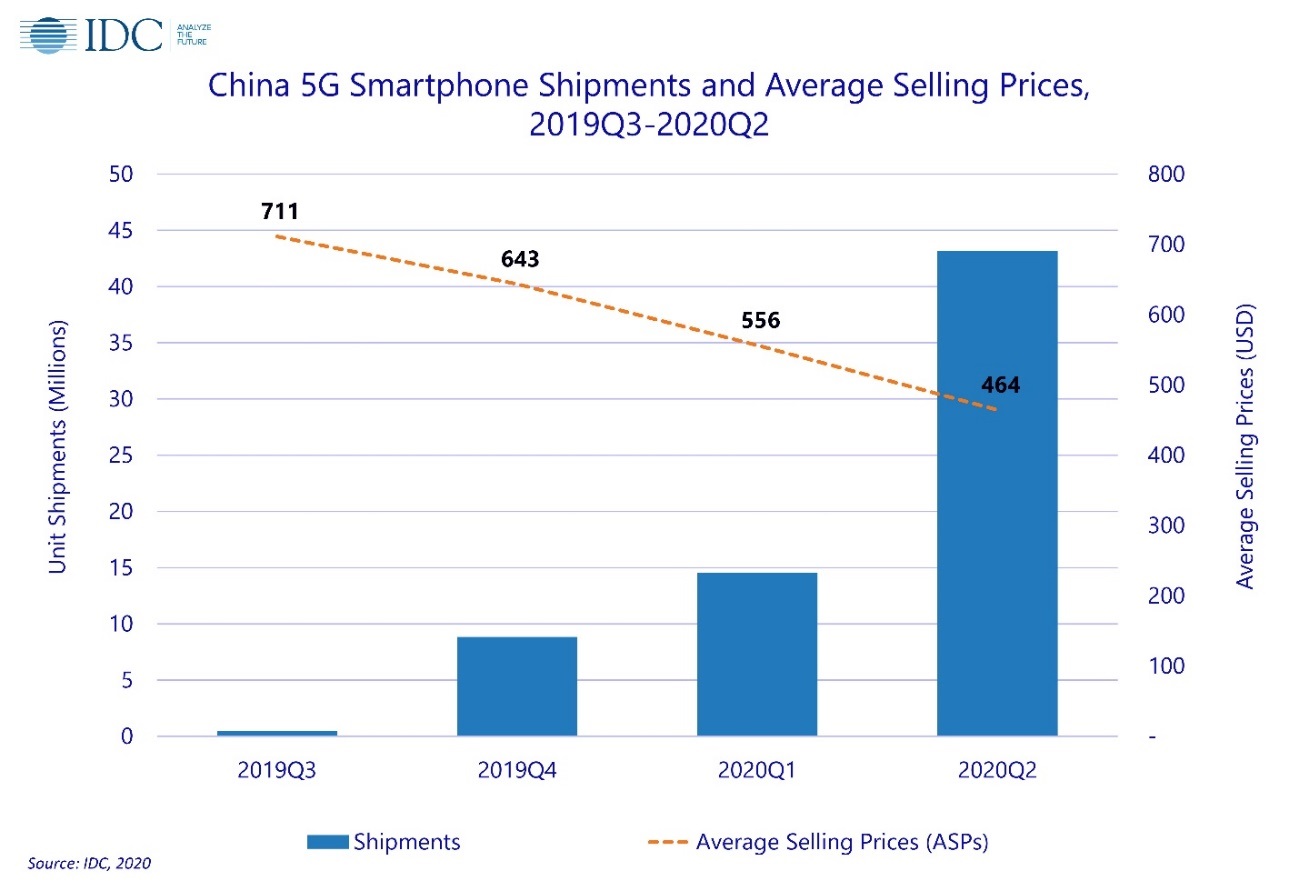 China has shipped a total of 67 million 5G phones to date since the launch of its first 5G smartphone in the third quarter of 2019.

In the 5G chip space, Huawei HiSilicon was the largest 5G processor supplier in China, accounting for 54.8 percent of the total in the quarter, followed by Qualcomm, MediaTek and Samsung.