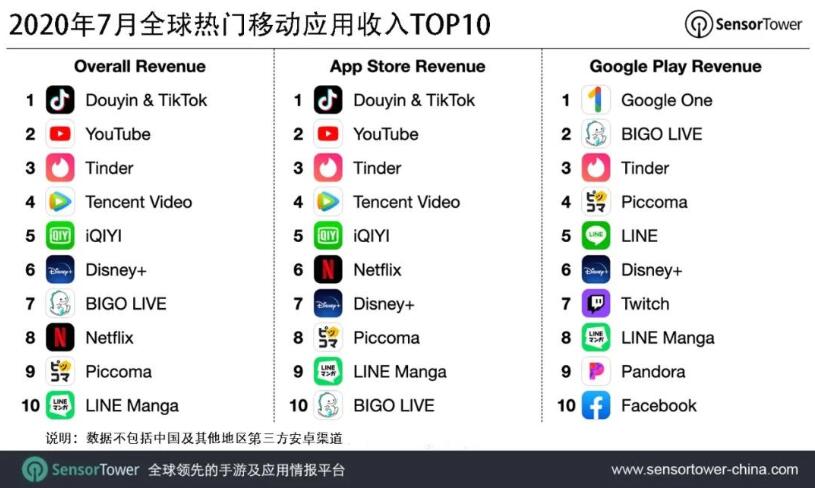 TikTok and its Chinese version, Douyin, generated more than $102 million in global App Store and Google Play revenue in July, 8.6 times that of the same period of last year, according to a report released today by mobile app analytics platform Sensor Tower.

This makes TikTok and Douyin keep staying at the top of the global mobile app (non-game) revenue charts.

About 89% of the revenue comes from Douyin. The U.S. market ranked second in terms of revenue, contributing 6% of the total.

YouTube ranked second on the list with over $76.8 million in revenue, up 43.8% from the same period last year.