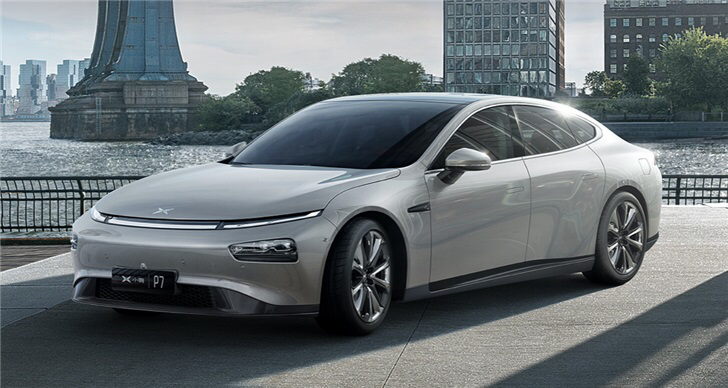 The number of deliveries broke a record for the first month of single-vehicle deliveries for an automotive startup in China, Xpeng said.

By the end of June, Xpeng had 128 sales outlets nationwide, covering 63 cities, it said.

The number of service outlets has reached 65, covering 52 cities.

Xpeng P7 launched with prices starting at 229,900 yuan after subsidy

Xpeng Supercharging Station has covered 62 cities and has more than 200,000 third-party charging stations.

The Xpeng P7 is positioned as an all-electric mid-size coupe, and is available in four range variants, with a total of eight specifications.

It is equipped with XPILOT 3.0 automatic driving assistance system and the new Xmart 3.0 system. The P7's NEDC combined range of up to 706km is long. The Xpeng P7 can accelerate to 100km within 4.3 seconds and has a braking distance of less than 35m from 100 km/h.

Before the P7's launch, Nio said on Weibo on April 24 that in order to welcome the Xpeng P7, the Nio supercharge network will support the upcoming EV.

Both parties indicated that Xpeng will successively realize the interconnection of the distribution data and payment process of charging piles nationwide with Nio Power.