PUBG Mobile, Rise of Kingdoms, Knives Out are the top three Chinese vendor apps with the highest overseas revenue in June, according to App Annie.

App Annie yesterday released its ranking of Chinese vendors' apps in terms of overseas revenue for June 2020, which saw seven of the top 10 games are strategy games, and 40% of the top 20-30 are role-playing games. 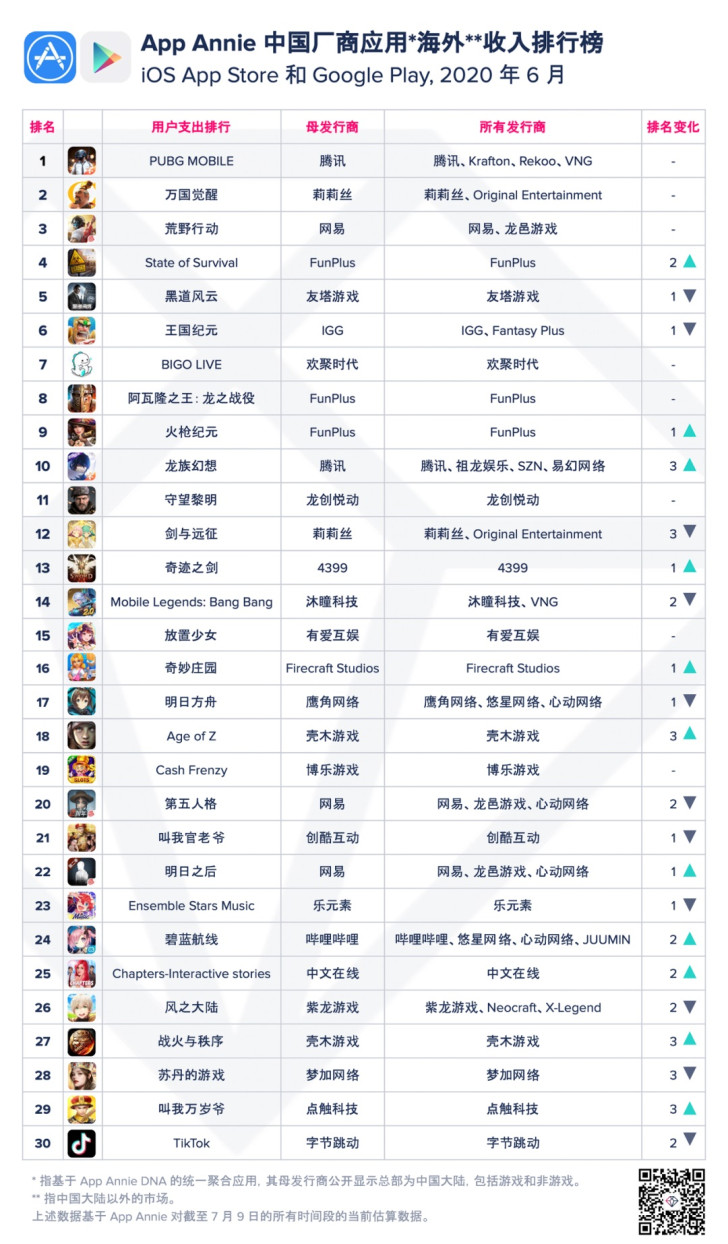 If anyone looking for any money-making game, they can definitely try for Satta King. This is one of the most popular game to try any individuals luck.