Xpeng Chairman and CEO He Xiaopeng said that the Xpeng Smart Industrial Park has entered into large-scale production to ensure that the P7 can be delivered to owners quickly. 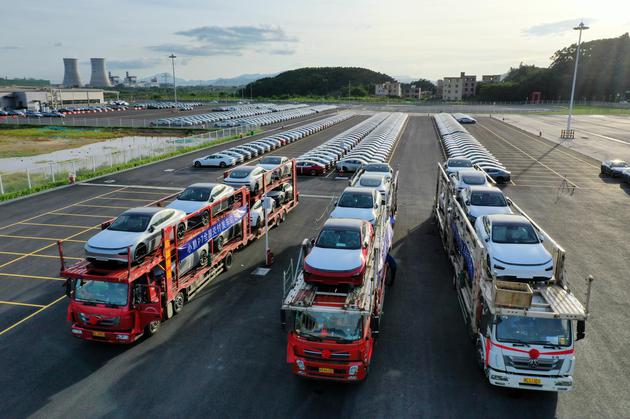 The Xpeng P7 is equipped with XPILOT 3.0 automatic driving assistance system and the new Xmart 3.0 system. The P7's NEDC combined range of up to 706km is long. The Xpeng P7 has a range of 4.3s/100km and a braking distance of less than 35m/100km.

After the factory launches large-scale production and delivery, Xpeng will take delivery of the P7 nationwide in the order in which the Intent Money is paid, following the following rules.

Car buyers who pay their intent to purchase by December 31, 2019, if completed by June 23rd The contract has been signed and the conditions for the allocation of vehicles have been met, and the vehicles will be available for pick-up in sequence from the end of June. Allotment of vehicles is expected to be completed by the end of July and delivery by mid-August.

If the contract is signed and the conditions for allocation are met by May 30 (inclusive), the delivery is expected to be completed by the end of August for those who paid the intent deposit between January 1 and April 27, 2020.

If the contract is signed and the conditions for allocation are fulfilled by June 30, delivery is expected to be completed by the end of August at the latest, with delivery completed by mid-September.

Orders placed after April 27, 2020 (including the date of launch) and before June 15 are expected to be allocated and delivered in August.

For orders placed after June 15, allocation and delivery is expected to begin in September at the latest.

Deliveries of the Xpeng P7 rear-wheel drive version and all customers who choose the Dark Black exterior will begin in September; for customers registered in Shanghai, delivery starts in August.