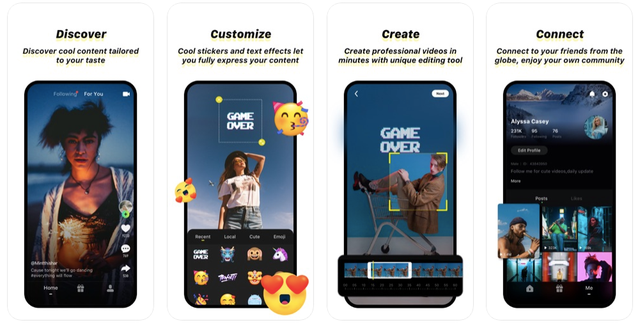 In response to the removal of Zynn from Google's Play Store, Kuaishou said that it has been working with Google Play and the app will be back as soon as possible.

Kuaishou said that users who had downloaded Zynn would not be affected in any way by the removal of the app.

The Financial Times previously reported that Zynn was taken down by Google after allegations of plagiarism, and that some users had told Wired that they had found their videos reposted without permission.

In response, Kuaishou explained that Zynn was taken down by Google because of a complaint about a video that had been taken down.

Kuaishou said the video in question had been uploaded as UGC (user-generated content), carrying content from other platforms, and that it had been dealt with quickly and seriously.

Kuaishou said Zynn, a short-form video community that encourages users to share original content, has taken copyright issues seriously since day one and that the platform has a series of measures in place to prevent such things from happening.

Launched in May, Zynn quickly rose to become the most popular app in the U.S. iOS and Android app stores by offering users cash rewards for signing up and watching videos.

Kuaishou says the product was designed from the ground up to provide a channel for users to file complaints about videos. If the content is found to be plagiarized, any creator who suspects his or her video has been reposted can provide feedback below the video, and the platform will Judging and processing of the complained about video.