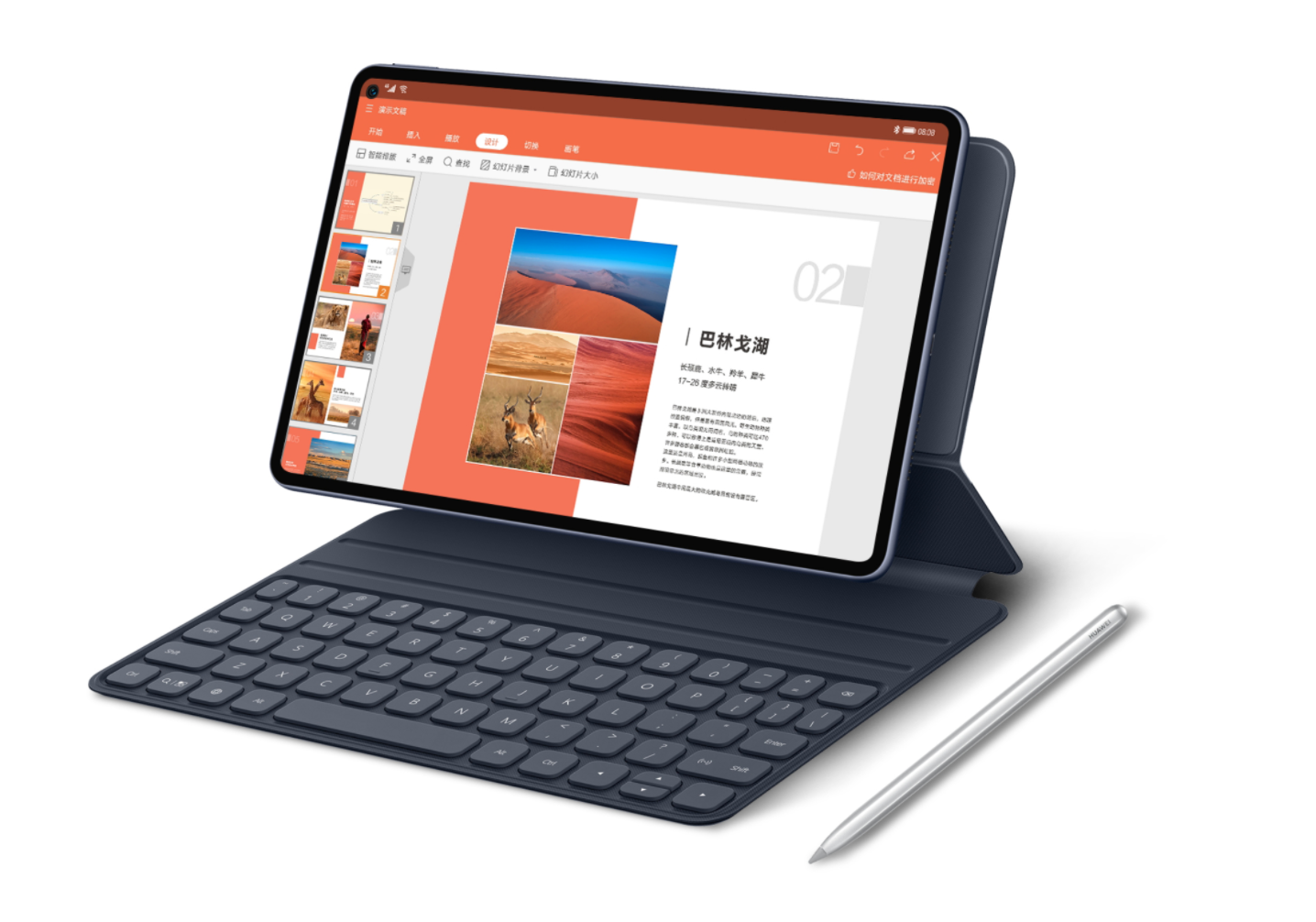 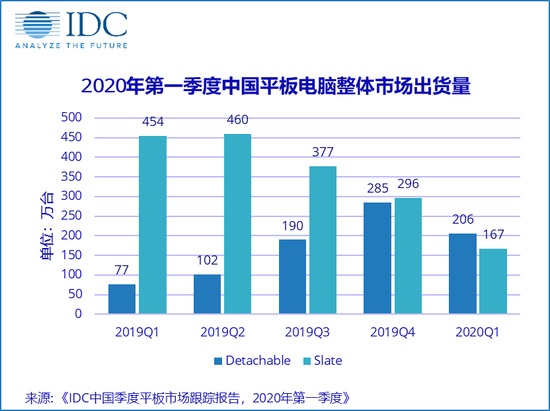 Affected by the epidemic, shipments to the flatbed commercial/consumer market in the first quarter were down significantly.

In the commercial market, the government focused on fighting the epidemic, school closures at all levels, business shutdowns and production stoppages, resulting in the delay or cancellation of flat panel procurement projects, the commercial market performance was lower than expected, with shipments of only 620,000 units, down 47.8% year-on-year.

The consumer market, driven by demand for online education for students, performed better than expected, but capacity constraints on supply, shipments of about 3.1 million units, down 24.6% year-on-year. 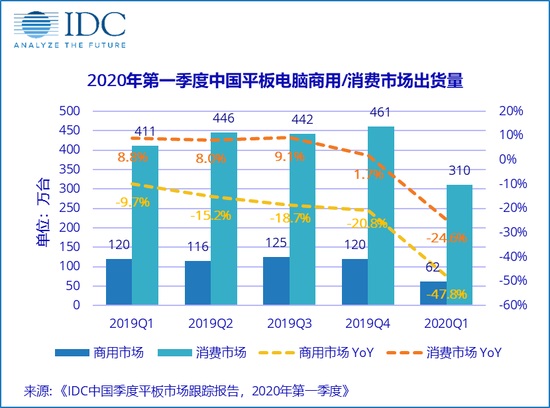 Overview of the top five vendors in the Chinese tablet PC market in the first quarter of 2020.

Huawei: No. 1. Huawei shipped about 1.5 million flat-panel units in the first quarter, up 4.3 percent year-on-year, with a 40.2 percent market share.

During the epidemic, manufacturers were generally affected by the factory shutdown resulting in fewer shipments, only Huawei bucked the trend growth, foundry resumption of production is better, the surge in market demand has driven the continued hot sales of products at all levels, continue to maintain the first shipments and market share advantage.

In the future, Huawei is expected to continue to maintain its advantage as new products are released one after another.

Apple: supply chain influences shipments. Apple shipped about 1.31 million iPads in the first quarter, down 42.5 percent year-over-year and taking 35.1 percent of the market.

Due to the slow progress of the resumption of production at the Apple foundry, the subsequent supply of spare parts is insufficient, resulting in shipments unable to meet market demand.

The release of the new iPad Pro due to product positioning and price factors do not help the overall shipment, in the face of fierce market competition in the future, still need to launch more competitive entry-level products.

Although the market share has increased, but Xiaomi's old products have been discontinued, the follow-up new products have not been updated.

Microsoft: shipments remain stable. In the first quarter, Microsoft tablet shipments were about 120,000 units, down 17.6% year-on-year, with a 3.2% market share of shipments. Although shipments fell significantly year-over-year, Microsoft's ring-over-ring decline was only 1.5%, and shipments were more stable.

Shipments of the new Surface Pro 7 continued to rise, the Surface X series began to ship, and the Surface Go relied on demand for online classes, so there was relatively little volatility during the epidemic.

Lenovo: more affected by the outbreak. Lenovo shipped about 60,000 tablets in the first quarter, down 49.5 percent year-over-year, with a 1.7 percent market share in shipments, down 1.6 percentage points.

Lenovo shipments were more affected by the outbreak because its main foundry is located in the Wuhan area. But with the demand for online classes and increased cooperation with online channels, Lenovo has gained a significant boost in the consumer market.