Even though iOS isn't the highest priority platform for Google's software services, the company has added updated support for Dark Mode for certain apps.

After Google Photos, Gmail also finally supports the long-awaited Dark Mode. Now, you can choose light, dark, or system default themes in the settings menu of the Gmail iOS client.

If you choose the latter, Gmail will also automatically switch the interface color depending on the iOS system settings. 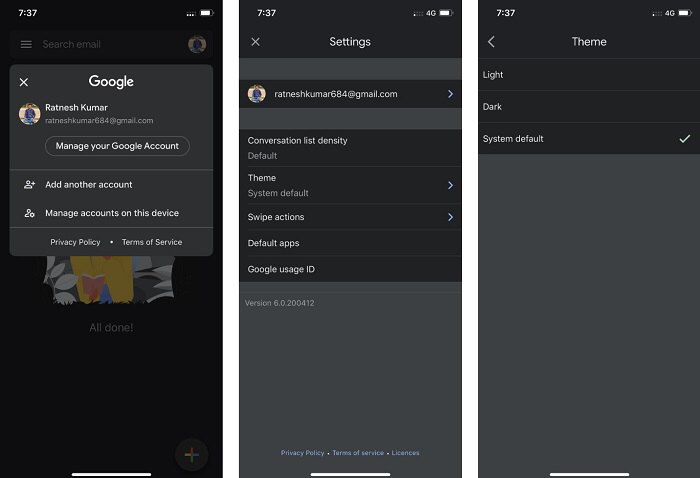 This feature is now officially available, and Gmail users who previously used a third-party email client for global dark mode can switch back to the official version.