Home › In-Depth › Why is iOS more and more like Android?
#In-Depth#

As the WWDC conference in June gets closer and closer, the latest news about iOS will appear more frequently.

From the leaked code of the beta version, we have seen various upcoming new features. For example, recently, an API interface called Clips has attracted everyone's attention.

This functional interface for developers will allow users to directly try the application without downloading the application, which can facilitate users to quickly operate on many occasions and reduce download time and traffic.

For example, when you scan a QR code and point to a taxi application, Clips allows you to directly hit the taxi without downloading the full app.

In fact, the Slices function appeared in the official version of the Android P system as early as last year. It allows users to directly experience some of its functions without downloading after searching for related apps.

Apple's Clips is like this feature. Although there may be more surprises when iOS 14 is officially launched, you may have found out that now the iOS system function is getting closer and closer to Android.

After many familiar functions appear on Android, iOS brings similar functions afterwards. Is this good or bad for users?

The new features of iOS "imitation"

Earlier reports said that in addition to adding new wallpapers, iOS 14 will also directly open a third-party wallpaper interface to facilitate the integration of more wallpapers in the iOS settings. 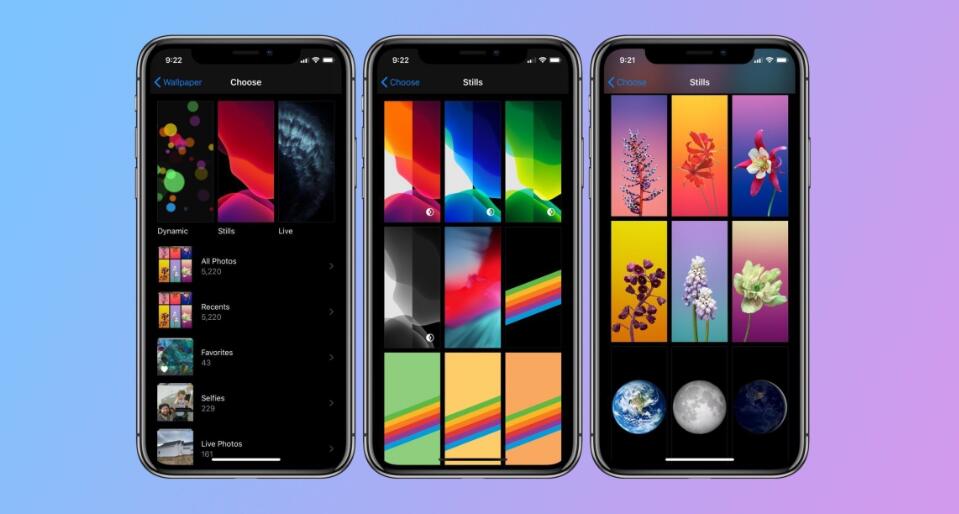 This function has been implemented on Android for a long time. Compared to the tedious iOS, you need to download the wallpaper yourself and set it yourself. The Android custom system can easily download and customize massive wallpapers from the system settings, and even time Automatically updated.

Another example is that Apple used to be very "closed" and it does not allow users to set third-party apps as default apps. This will also release restrictions on iOS 14. Before this, some developers found that Apple began to allow users to set HomePod to access competitors such as Spotify.

This is actually already possible on Android phones. Many Android users will use various third-party browsers, app stores, etc. as their default applications instead of using the official apps.

In addition, based on Apple's multi-device cross-platform collaboration, iOS 14's background switching application interface will also change, adopting a similar look to the iPad OS, these functions seem to be more and more like Android. All kinds of new features make people wonder, has iOS lost innovation? The answer may not be so.

Apple's closedness is notorious, and in the early days of iOS, users could do little expansion.

Old users may still remember that when they wanted to use the speed dial input method, they had to achieve it through "jailbreaking", and it was even more impossible to use wallpapers as wallpapers.

Steve Jobs turned it into a beautiful and charming garden, but you only have the opportunity to browse and appreciate it, but you don’t have the right to transform it, but the stability, safety and human characteristics make this closed system still good.

However, on the side of the Android Alliance, manufacturers have exerted collective wisdom and contributed unique features.

Such as speed dial function, call interception, personalized themes, etc., these are not available on iOS.

However, it quickly spread to all manufacturers with the update of the Android system. Although its security and stability are still far behind iOS, the distance between the two is gradually narrowing, and even in some aspects, Android is more affected by iOS.

For example, in the past two years, with the popularity of full-screen design, gesture operations on mobile phones have gradually become mainstream. Apple began using gesture operations on the iPhone X in 2017, including sliding up to the main interface, sliding up and hovering multi-tasking, the functions such as sliding back on the left are all borrowed and popularized by the Android system.

Another example is Apple's Wi-Fi password sharing function. After users log in to Wi-Fi, they can directly share their login credentials to nearby friends or guests without having to dictate the password again. This feature has also been introduced on the Android 10 system.

There are many similar examples. It can be seen that when the mobile operating system enters the top two competitions, Android continues to learn from iOS while iOS is also learning Android.

iOS has not lost innovation, but the gap with Android is gradually narrowing.

Because in today's era where almost everyone has a smartphone, any transformative innovation is not easy. Only by constantly improving on more small functions can a greater breakthrough be made. IOS has never been the most comprehensive.

But for consumers, its functions are becoming more and more open, and they are also trying to absorb more useful functions into their own characteristics, and the value created by this characteristic on the iPhone is becoming greater and greater.