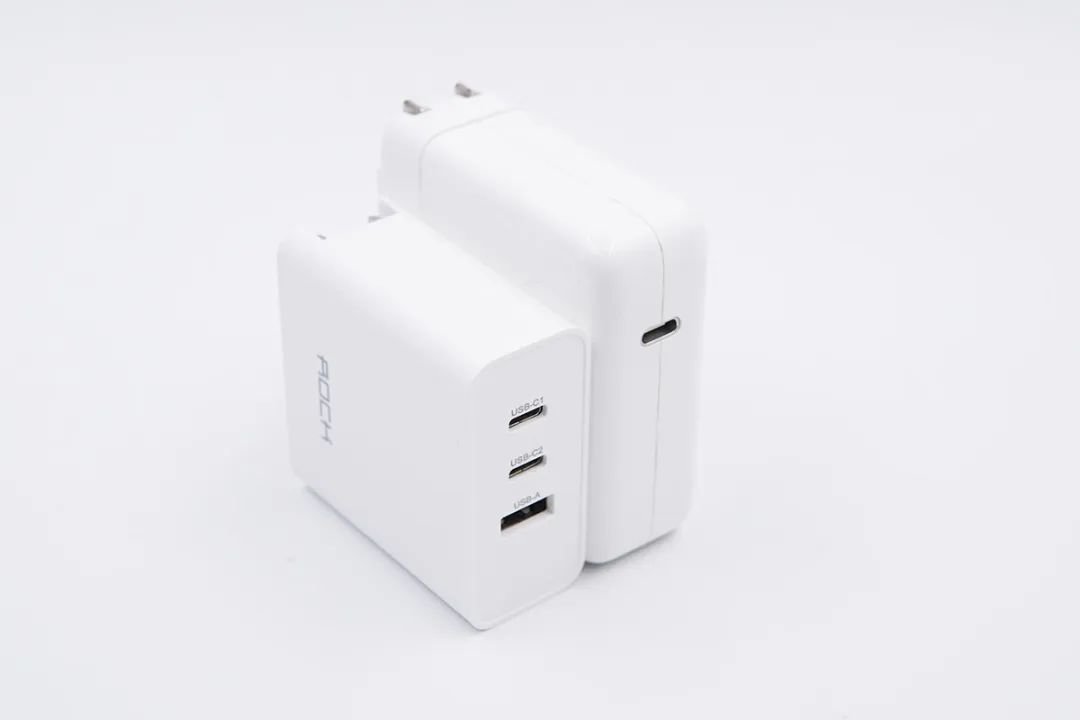 The well-known 3C accessory manufacturer ROCK has released the first GaN fast charger with built-in "Chinese chip", which has attracted high attention in the industry.

It can not only charge mobile phones, laptops and other devices quickly, but also charge three devices at the same time, with comprehensive functions.

At the same time, thanks to the adoption of GaN power chips, the 65W 2C1A charger of ROCK has obvious advantages over conventional products. It is very portable with foldable pins.

Compared with Apple's 61W PD charger, it can be seen that ROCK has more interfaces and smaller size. 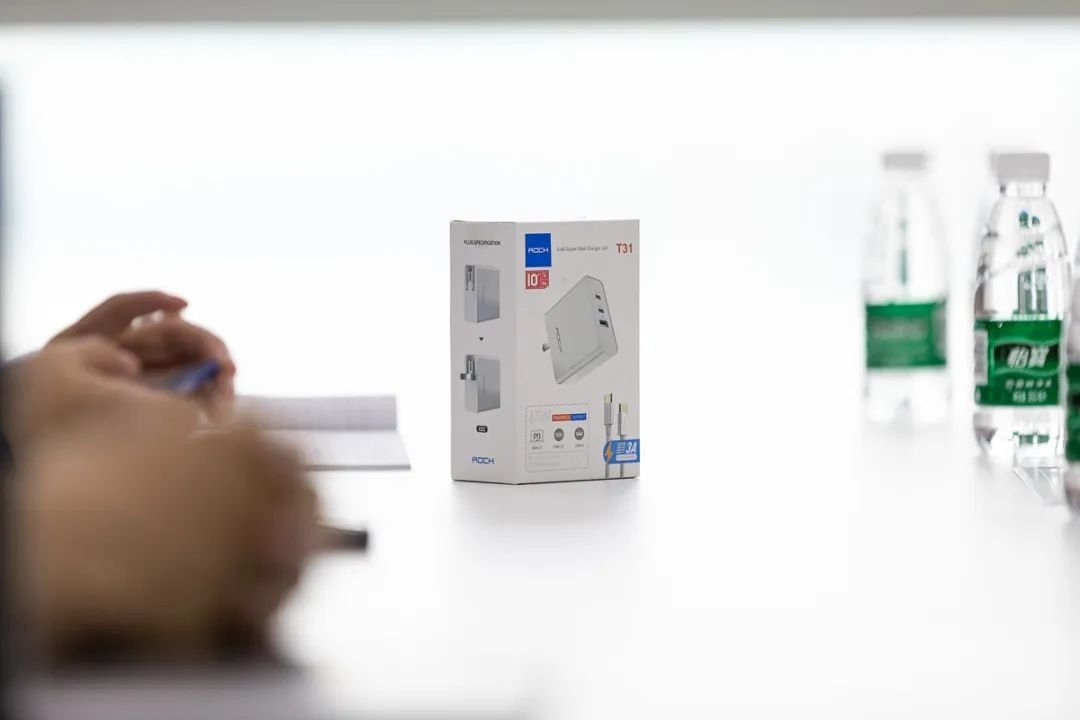 It is worth mentioning that ROCK also cooperates closely with Inno Science and will subsequently develop high-power USB PD fast charging products such as 100W and 120W based on "InnoGaN" to accelerate the large-scale industrial application of third-generation semiconductors in the consumer power supply market.

The power chip has an ultra-high operating frequency and meets the industrial application requirements of the JEDEC standard. At the same time, it uses the DFN8x8 package to reduce thermal resistance, which is very suitable for the development of high-power density and high-efficiency switching power supplies.

It is expected that as users' demand for portability increases, the global GaN fast charging market size is expected to reach more than 60 billion yuan in 2025, while accelerating the replacement of Si-based products by GaN chips in other emerging fields.

With the rapid development of the USB PD & Type-C market, GaN power devices have gradually become a new development direction for the consumer power supply market due to their high frequency, low resistance, high thermal conductivity, and high temperature resistance.

Since 2019, major mobile phone brands and e-commerce brands have launched dozens of fast-charge products with built-in GaN power devices, which have been sought after and loved by consumers.

While GaN fast charging has become the main trend in the future charging market, the battle for the market has also started.

In 2019, the Hong Kong Electronics Fair, which is the vane of the development of the 3C accessory market, we have already noticed the rapid development of GaN fast charging: In April 2019, the Spring Festival exhibition, 8 new GaN chargers exhibited.

By the autumn show in October, there were as many as 56 new GaN chargers, a nearly 7-fold increase in less than a year.

At the same time, the number of GaN chargers exhibited at the US CES exhibition that has just ended not long ago has reached 66 models, covering 18W, 30W, 65W, 100W and other power segments, as well as a new category of super docking station, which fully meets Mobile phone, tablet, laptop charging needs.

The rise of domestic brands

At present, compared with traditional MOSFET products, GaNFETs have great challenges in design and manufacturing processes due to the use of heteroepitaxial materials. The mature and mass-produced GaN production lines around the world are very limited.

The power chip technology behind the global GaN fast charge is in the hands of three major suppliers, of which Inno Science is the only domestic silicon-based GaN manufacturer on the list.

In the current context of Sino-US trade frictions, independent innovation of third-generation semiconductor chips to avoid pinching the neck of key technologies has won the attention of many manufacturers, and the industry is very optimistic about its development potential.

At present, more than 10 companies in the field of fast charging have successfully developed fast charging products based on Inno ScienceGaN chips and achieved mass production.

Previously, the GaN fast charging chargers on the market were all developed based on imported chips. The successful commercial use of Inno Science's "InnoGaN" series of GaN chips marked the maturity of domestic GaN technology and officially broke the situation of GaN power devices completely dependent on imports.

The company has two 8-inch silicon-based GaN chip R&D and production bases in Zhuhai and Suzhou. The product line covers a full range of 40V-650V GaN chips. It has its own failure analysis and reliability laboratory. Its technology advancement, product coverage and the core aspects such as production capacity layout have great advantages.

At the same time, with the help of IDM's full industry chain model and 8-inch production and processing technology, Inno Science's "InnoGaN" series has unparalleled advantages in cost control, which is conducive to promoting the civilianization of GaN fast-charging products Large-scale commercialization of third-generation semiconductors is widespread.