Home Software TikTok was again the most downloaded app in Feb

TikTok was again the most downloaded app in Feb

That figure was up 96.5 percent compared with the same period last year. 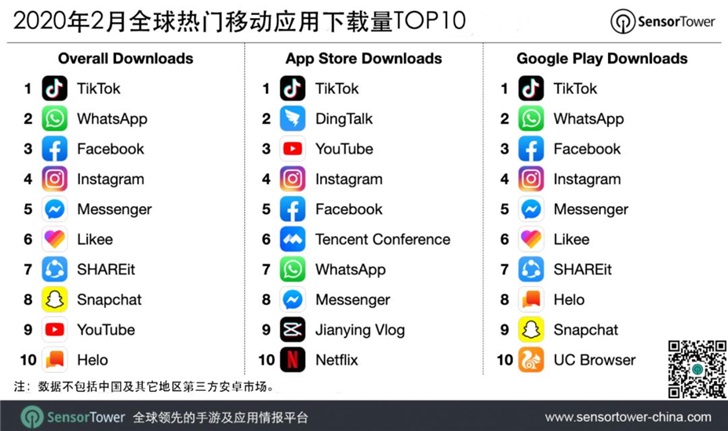 India is still the market with the most downloads of the app, accounting for 41.3%; followed by Brazil, which accounts for 8.6%.

This download counts only the App Store and Google Play, excluding third-party Android markets in China and other regions.

WhatsApp ranked second with 96 million downloads, an increase of 42.4% over 2019. India and Brazil are also the largest markets for this application, accounting for 49% and 6.7%, respectively.

The download data of Sensor Tower only counts the first installation of the App Store or Google Play account. Multiple installations of the same account on different or same devices are not repeated.

Downloads data has been merged across multiple versions of the same app, such as Facebook and Facebook Lite.