At the event, TM Roh appeared on the main stage of the conference to give a keynote speech.

TM Roh is the main founder of the Samsung Galaxy series. After he became the head of Samsung's mobile business, he also brought the bolder and innovative S20 series phones.

At the press conference, TM Roh also shared the performance of Galaxy products in the past ten years. He said that more than 1 billion Galaxy devices worldwide are currently working, and in future product planning, 5G + AI + IoT will become Samsung’s main smart strategy for mobile business. 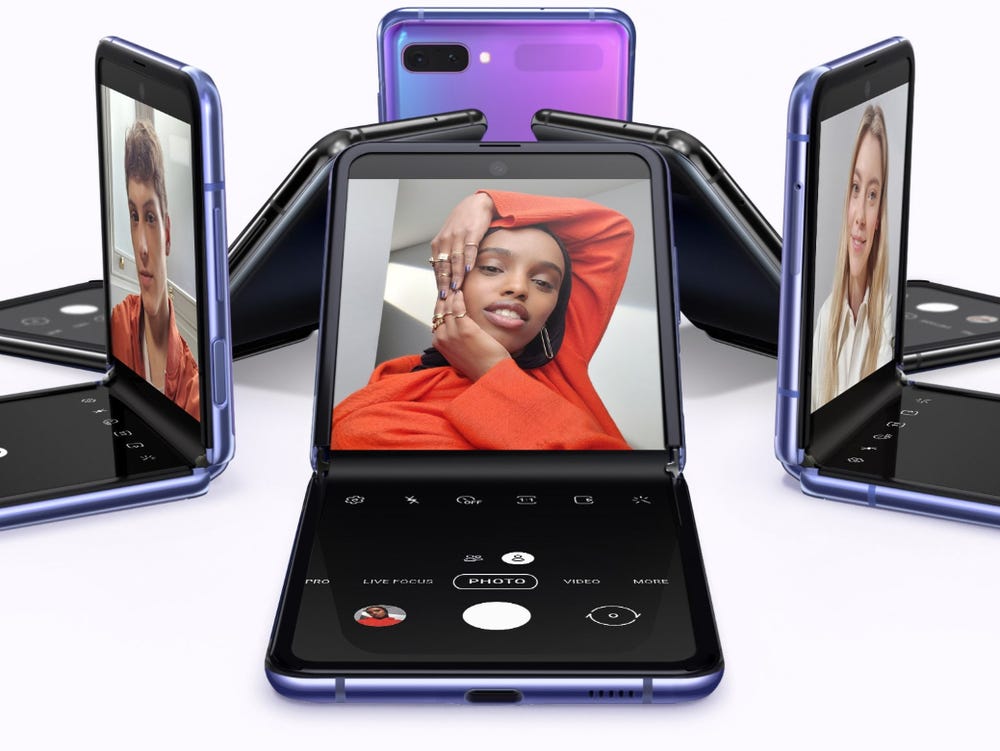 Samsung released the S20 series and the second-generation foldable phones at this event. There is no surprise, because in the previous month, these phones continued to be leaked online.

The first release was the Galaxy Z Flip.

Compared to the S10 event last year, this folding screen of the S20 conference is obviously no longer the protagonist, but it is amazing enough.

This phone has the appearance of a retro clamshell phone. When it is folded, the top and bottom edges can be completely overlapped.

The phone has two screens, and the small screen outside is only 1.1 inches, which can be used for message reminders.

One of the biggest differences between it and Fold is that this Galaxy Z Flip no longer covers the CPI protective film on the surface of the folding screen but uses a new flexible ultra-thin glass (UTG) as the screen cover.

The new form Samsung brings a new folding screen experience, this phone has a new design of hidden hinge design.

This hinge has two left and right gear fixing devices. It no longer plays a fixed role like Fold. This new hinge design allows the Galaxy Z Flip to open and close at any angle (maximum 180 degrees), which is a bit like a hinge design on a laptop.

When the Galaxy Z Flip screen is opened at a 90-degree angle, the screen is automatically divided into two 4-inch screens. The upper part can be used to view the display content, and the lower part of the screen is used for related operations.

The Samsung Galaxy Z Flip is equipped with a Qualcomm Snapdragon 855+ processor, has 8GB of RAM and 256GB ROM, does not support 5G networks and has only one SIM card slot like Fold.

It has a battery capacity of 3300 mAh and supports wired fast charging and wireless charging.

The main lens of the Galaxy Z Flip uses a 12-megapixel f / 1.8 lens sensor that supports OIS optical image stabilization; the sub-lens is a 12-megapixel ultra-wide-angle lens with a 123-degree field of view. Its front lens is 10 million pixels, f / 2.4 aperture.

The standard version of the Samsung Galaxy Z Flip will be available in three colors: purple, black, and gold. The versions available in different regions will have different rates. The phone will be officially launched on February 14 for $1380. 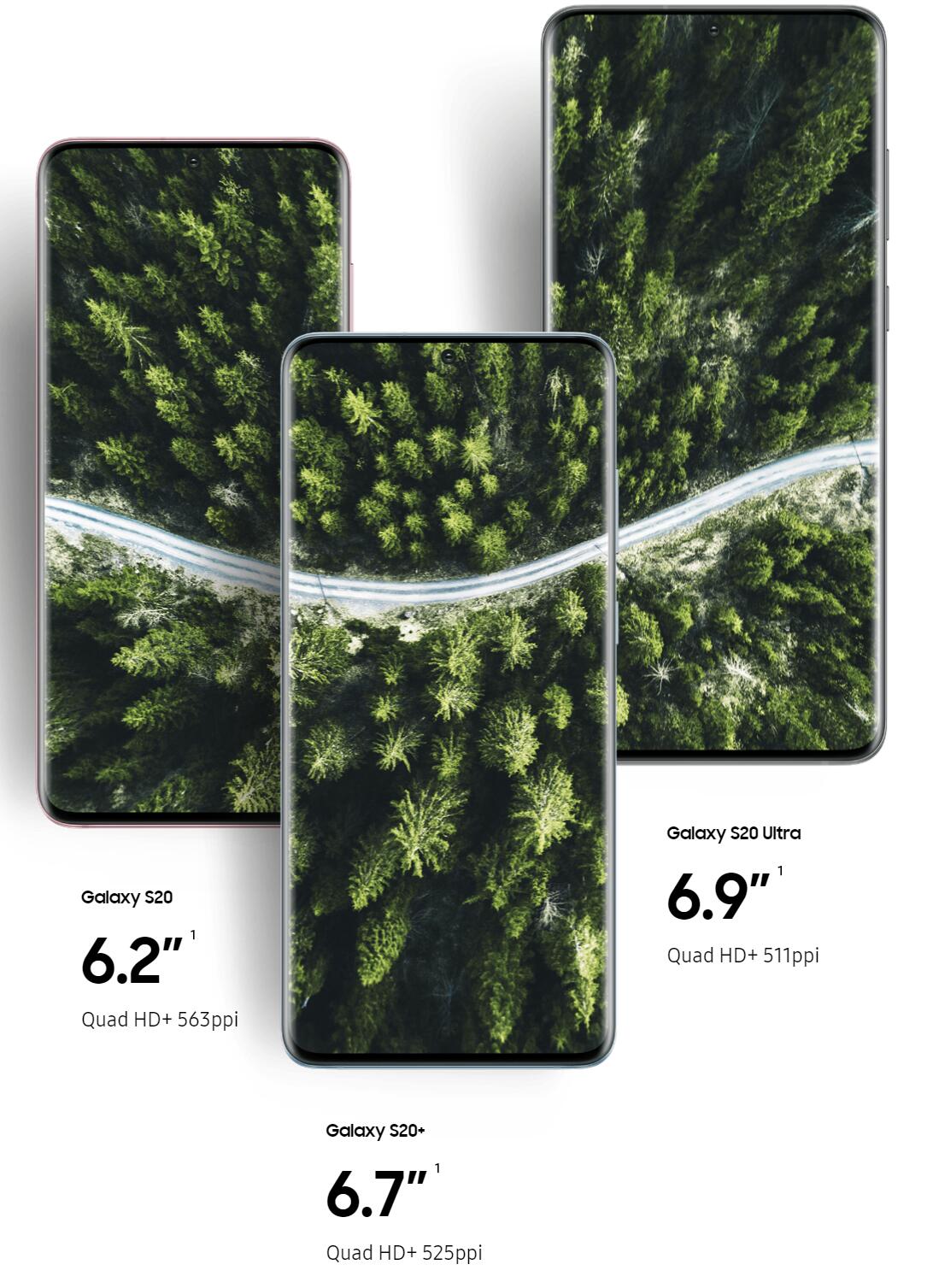 The S20 series has become the biggest protagonist of this conference. This time, Samsung has made a substantial update on the S20 hardware.

The S20 series has multiple versions, of which the S20 and S20 + have 5G and 4G versions, respectively. There is a difference in the operating memory of the two. The 5G version starts with 12GB of memory, while the 4G version only has 8G memory. The highest-end S20 Ultra only offers a version that supports 5G networks, and there are 16 + 512GB versions.

The three models of the S20 are equipped with Snapdragon 865 processors and an external X55 baseband to support 5G dual-mode dual-network dual-card support.

At the same time, as usual, the S20 listed in South Korea and some European markets will be equipped with Samsung's own Exynos 990 processor.

The biggest innovation of the S20 comes from the lens. The three phones used three different lens combinations:

Among them, the most innovative is the S20 Ultra lens. It not only has an outsole high-pixel lens sensor that supports 9-in-1 pixel synthesis technology, but also a periscope lens with up to 48 million pixels.

Depending on the combination of these two lenses, the S20 Ultra can take up to 100x zoom photos. All three phones support 8K 30fps dynamic video recording. 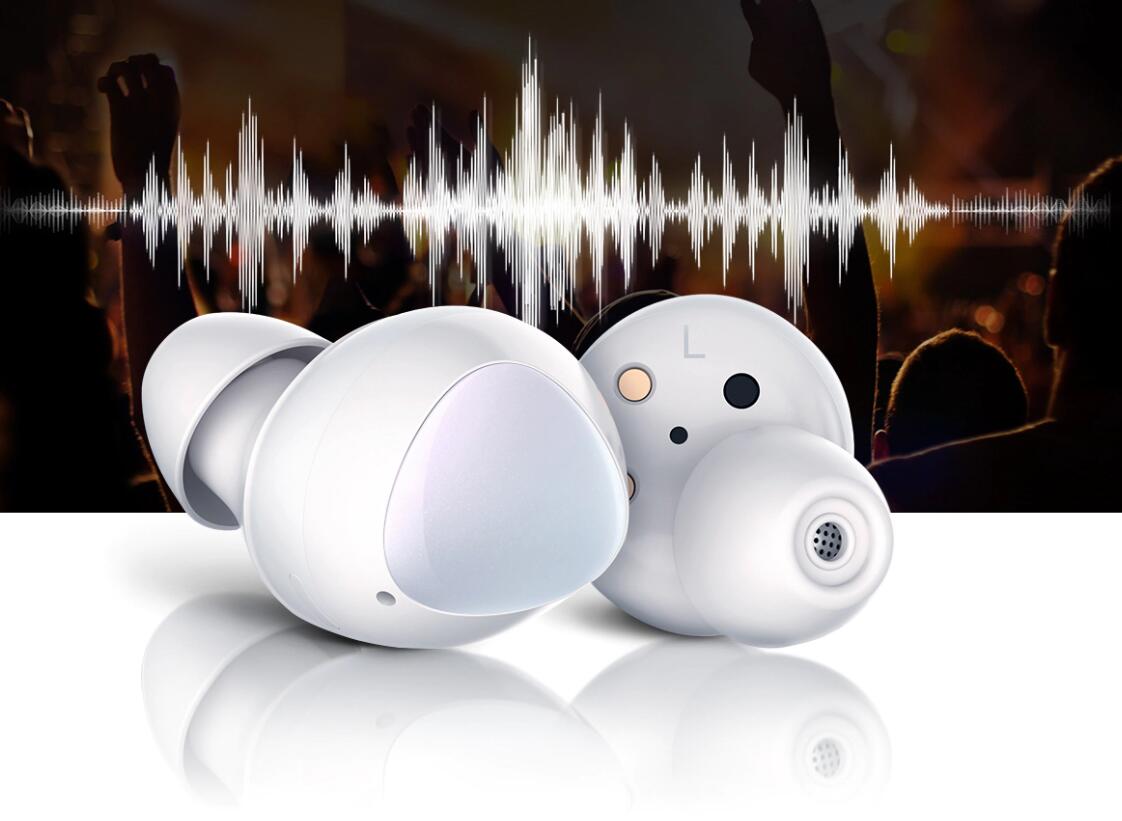 At the conference, Samsung also introduced a new version of the Galaxy Buds+ wireless earbuds.

It has the same appearance design as the previous Buds, but the overall weight is slightly higher than the old model, because this headset increases the overall battery life.

According to Samsung official data, this headset has a battery life of up to 11 hours. When used with a charging case, the battery life can be extended to 22 hours.

When Samsung launched the new generation of Galaxy Buds + headphones, it also updated the supporting software. In addition to the Android system, the current Galaxy Buds + can also be used on Apple products through the exclusive iOS application.

This wireless headset will be officially launched on February 14 for $149.

At the conference, Samsung brought two S20 partners, one is Netflix, the largest online streaming video provider in the United States, and the other is Google, the creator of Android.

Samsung and Netflix have created a Samsung Channels with videos of ordinary and professional users using the S20.

At the same time, Samsung can help the S20 actively help users download the videos they want to watch through the smart assistant Bixby. Even when users forget what they want to download, Bixby can help you get it done.

The cooperation between Samsung and Google is more localized in the United States. Google has integrated their Google Duo video chat into the international version of the Galaxy S20 mobile phone, and users who purchase the S20 series mobile phone can get the qualification of YouTube Premium.

Special Report: Samsung Galaxy S20 to be unveiled on February 11