Midea becomes the first company other than Huawei to build an IoT system based on OpenHarmony 2.0. 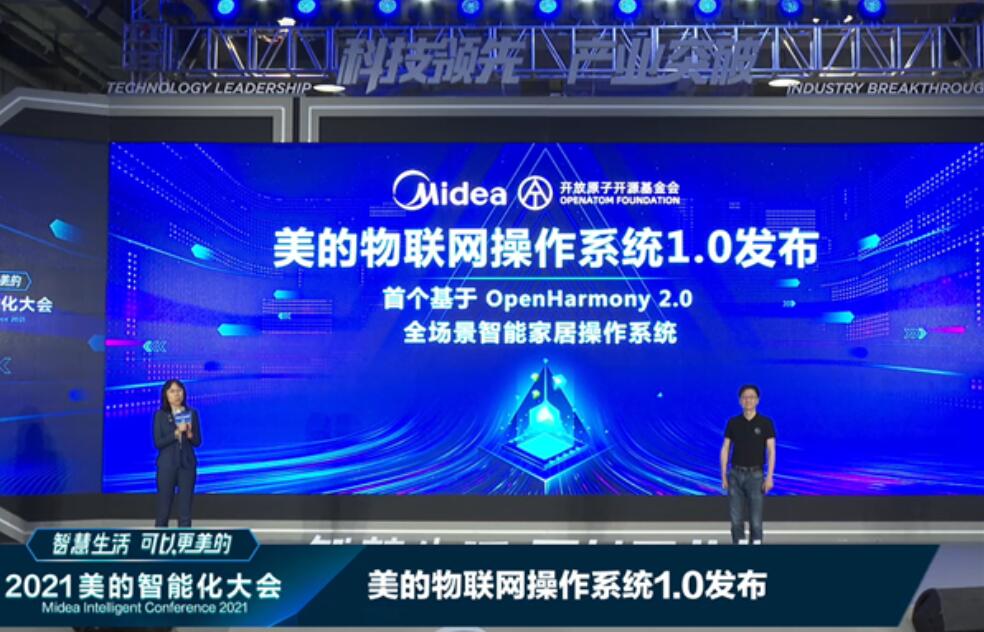 Chinese appliance giant Midea on Thursday unveiled its OpenHarmony2.0-based IoT system, becoming the first company other than Huawei to build an IoT system based on OpenHarmony2.0.

The system, launched by Midea in cooperation with OpenAtom Foundation, China's first open source software foundation, is cross-platform, distributed and open, according to the company.

The system was launched to give users a plug-and-play unified platform without having to develop an app for each home appliance, according to Xiang Jiangxu, vice president and CTO of Midea IoT.

By the end of December last year, Midea appliances equipped with Huawei HarmonyOS had seven categories and 12 products.

Wang Chenglu, president of Huawei's Consumer Business AI and Intelligent All-Scene Business Department, said at the launch event that he believes that based on the IoT operating system created by Midea IoT together with Huawei HarmonyOS, future home appliances will be able to achieve higher-order and more complex intelligent interaction functions.

Huawei has open-sourced HarmonyOS and donated the system's underlying capabilities to the OpenAtom Foundation to form the OpenHarmony open source project.

Huawei will continue to participate in the OpenHarmony project, and other organizations and individuals can also participate.