The rapid growth of online shopping in China means continued growth in the volume of the express delivery business.

China's express delivery business volume surpassed 50 billion pieces in the first half of the year, close to the full-year level of 2018, data released by the country's National Bureau of Statistics showed Thursday.

China's online retail sales of physical goods reached RMB 5.03 trillion yuan ($778 billion) in the first half of the year, up 18.7 percent year-over-year, the data showed.

Separately, according to data released by China's State Post Bureau on Thursday, in the first half of the year, Chinese courier service companies completed a cumulative business volume of 49.39 billion pieces, up 45.8 percent year-over-year.

Wang Yuehan of the Development Research Center of the State Post Bureau said that China's express delivery market size grew by more than 20 percent in each month of the first half of the year, with a two-year average growth rate expected to reach 32.9 percent.

Except for February, which was affected by the Chinese New Year holiday, business volume was above 8 billion pieces in all other months.

China has several courier companies listed in the US. In September 2017, BEST Inc, founded in 2007, went public in the US.

BEST Inc's latest financial report showed that it had revenue of RMB 6.5 billion in the first quarter, up 29.9 percent year-over-year. 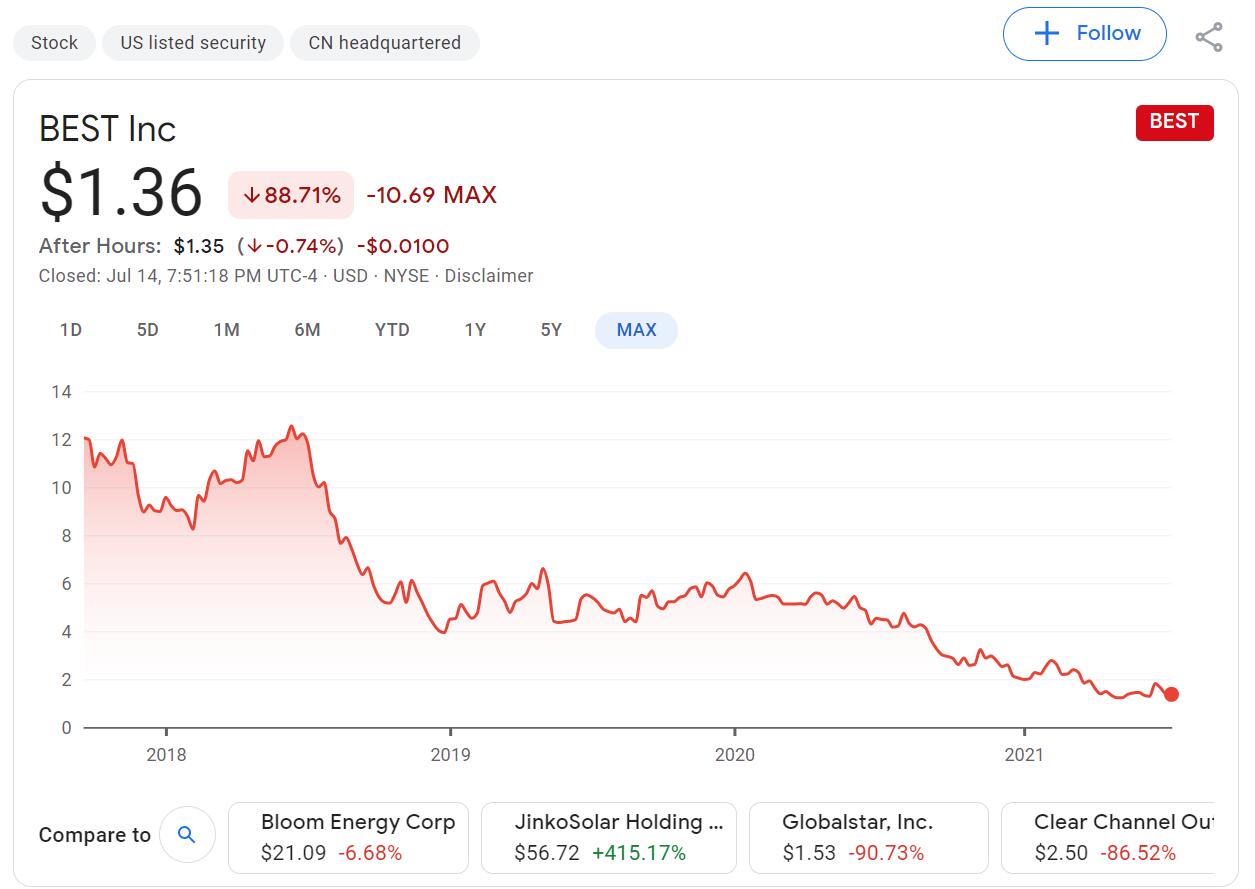