The company reported an adjusted operating profit of RMB 4.36 billion for the quarter, beating Wall Street's estimate of RMB 3.44 billion. Its net profit under Non-Gaap was RMB 4.297 billion, up 39 percent from a year earlier.

Baidu's core business revenue in the first quarter was RMB 20.5 billion, up 34% year-on-year.

Baidu shares traded in the US rose 3.89 percent to $196.56 in the pre-market trading session. So far this year, the company has accumulated a modest 13% decline amid a general sell-off in technology stocks. 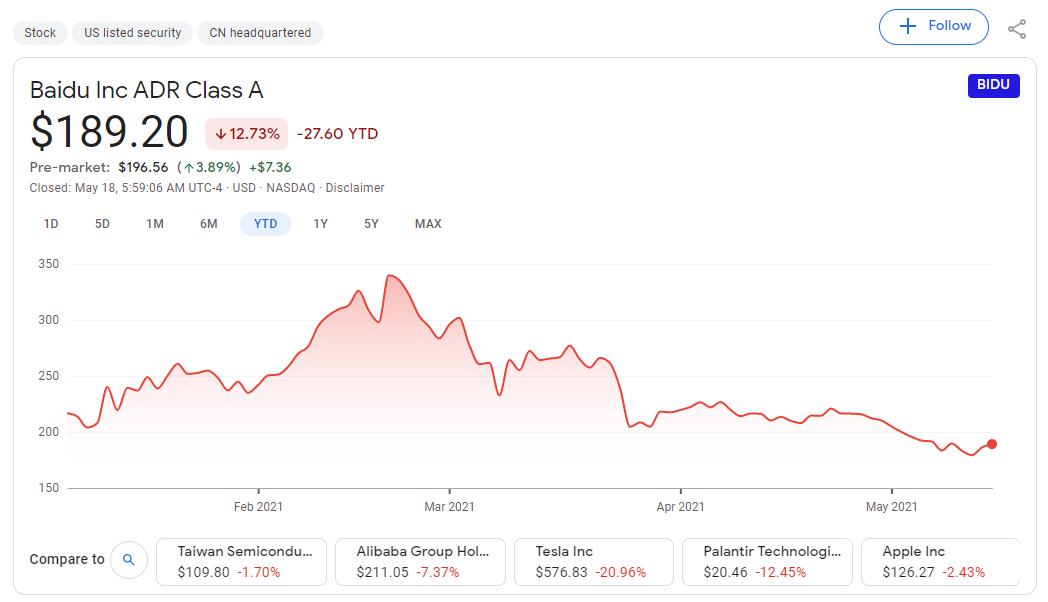