Commentary published in China's official securities media is often highly regarded as it may signal the direction of regulatory headwinds. Now, the latest commentary calls for tighter regulation of cryptocurrency trading.

In an article published on Monday, the China Securities Journal opinion piece said that in addition to frequent price spikes and drops, criminal activities surrounding cryptocurrencies have been coming to light, prompting further scrutiny of their regulation.

"In fact, there is a broader consensus to strengthen the regulation of cryptocurrency trading. The recent 'blocking' of bitcoin trading by a certain large commercial bank may signal new tighter regulation," the article said.

The article mentions that the recent banning of accounts for bitcoin trading by a Chinese bank has generated a lot of buzz, but this is not the first time that financial institutions have "blocked" bitcoin trading.

More than a dozen commercial banks in China announced bans on bitcoin trading in 2014, shortly after a joint announcement by departments including the People's Bank of China, the country's central bank, on preventing bitcoin risks.

According to the article, bitcoin trading as a commodity trading practice, the general public has the freedom to participate at their own risk. However, bitcoin is fundamentally different from financial commodities in that it has no real value to back it up, and the pricing of transactions largely stems from speculative hype.

Bitcoin-related transactions are facing increasing scrutiny and regulation around the world. Regulators in several countries have either explicitly banned trading or introduced policies to severely restrict it, according to the article, adding that Chinese regulators have maintained a high level of regulatory pressure on cryptocurrency trading in recent years and have continued to ramp it up.

In the view of some observers, the recent re-targeting of bitcoin trading by financial institutions after many years may release new signals of tighter regulation, the article said.

In this regard, cryptocurrency trading participants should pay attention. There are no longer any bitcoin trading venues in China, and the act of trading bitcoin outside of China is not protected, so if you encounter risks, you will only be responsible for the consequences.

In short, trading cryptocurrencies is risky and requires caution, according to the article.

It is worth noting that earlier today, Tesla CEO Elon Musk hinted that Tesla has sold or will sell its remaining bitcoin holdings. 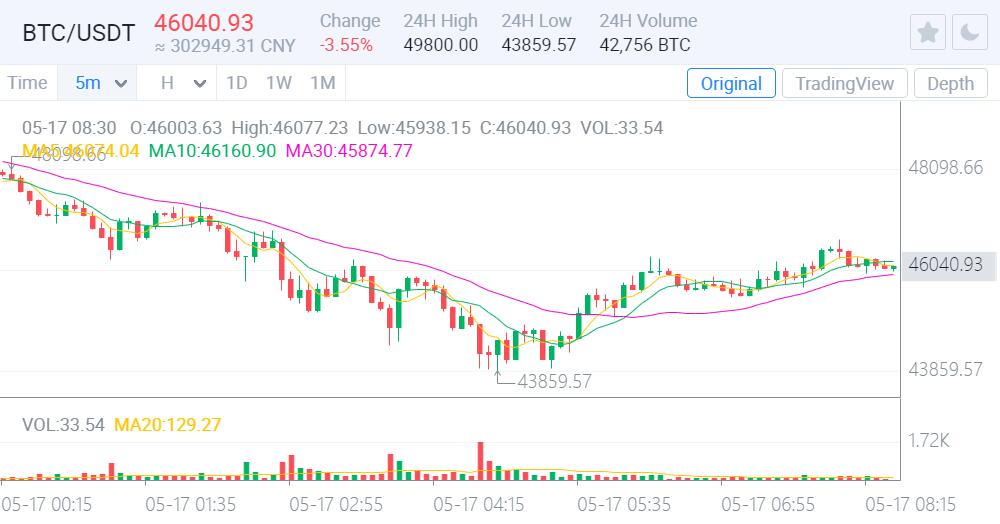