Net loss for the quarter was RMB 237 million, compared to net income of RMB 7.8 million in the third quarter of 2020, according to the company's earnings report released today.

On a non-GAAP basis, the net profit was RMB 419 million.

The company reported a gross profit of RMB 694 million for the fourth quarter, up 58.6% compared to RMB438 million in the third quarter of 2020.

On Monday, China's Ministry of Industry and Information Technology (MIIT) released a draft for comment, which plans to bring e-cigarettes into the same regulatory system as traditional cigarettes.

It also marks a full range of restrictions on emerging tobacco products such as e-cigarettes, from production, distribution, and sales, since China strengthened regulation of the industry in late 2019 to protect minors from e-cigarettes.

RLX Technology, which only went public in the U.S. in late January, plunged 47.84 percent on Monday following the news.

RLX Technology fell more than 20 percent in pre-market trading after the latest earnings report, but then rebounded in a V-shape, narrowing its current decline to less than 1 percent. 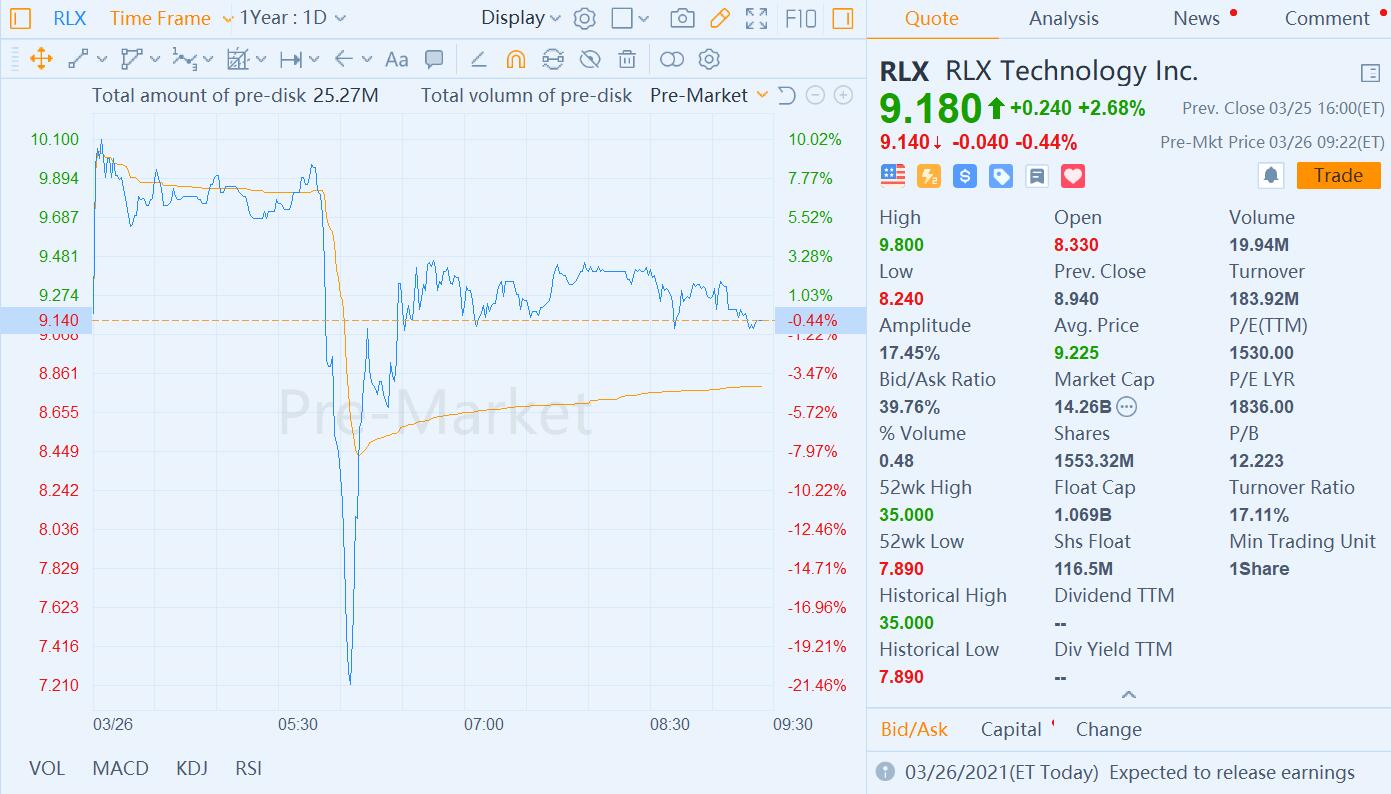