Chinese technology giant NetEase reported fourth-quarter revenue of RMB 19.76 billion, up 25.6 percent from a year earlier and in line with analyst estimates of RMB 19.67 billion in a Bloomberg survey.

NetEase's fourth-quarter gross profit was RMB 9.93 billion, the company said in its earnings report on February 25.

As its main business, the gross profit of online game service in the fourth quarter was RMB 8.46 billion, which was in line with Bloomberg analysts' estimate of RMB 8.64 billion. Its online game services reach RMB 54.61 billion in revenue for the full year 2020.

NetEase's net revenue for 2020 was RMB 73.67 billion, up 24.4% year-over-year. Non-GAAP net income from continuing operations attributable to the company's shareholders is RMB 14.71 billion.

The gross margin for online game services in the fourth quarter was 63.1%, in line with analyst estimates of 63.2%, and revenue reached over RMB 10 billion for the 11th consecutive quarter.

In addition, NetEase's board of directors approved a new buyback program of up to $2 billion.

NetEase shares were almost unchanged from yesterday's close in pre-market Thursday, after rising about 4% earlier in the day.

NetEase testing app that will compete with Alibaba's DingTalk 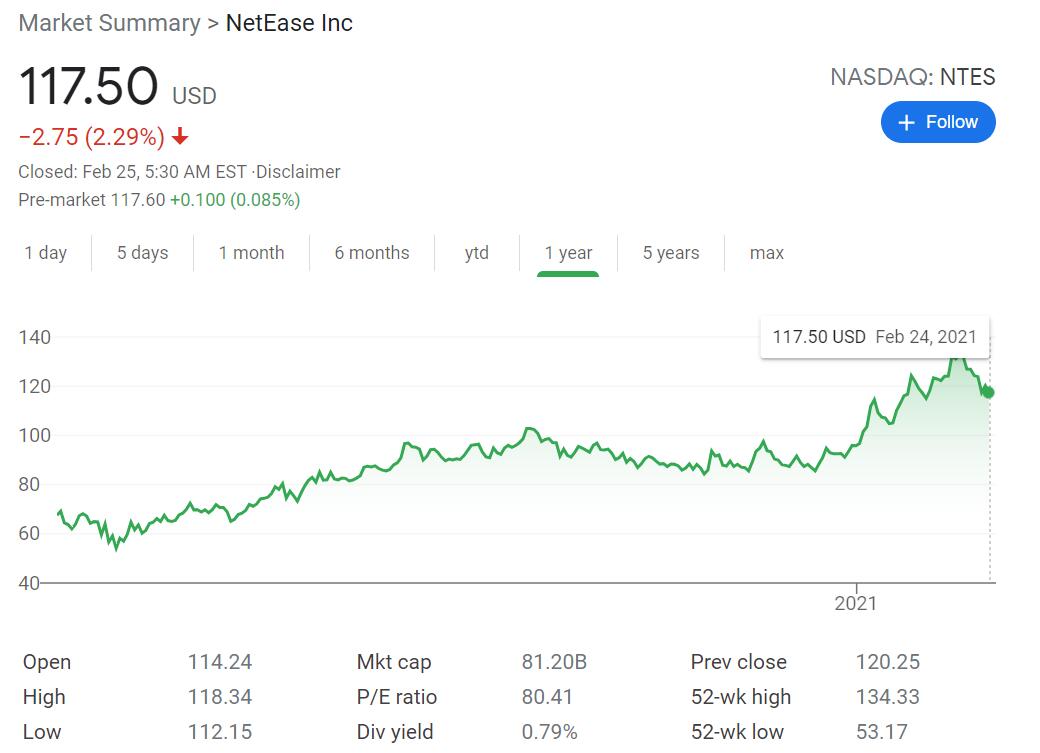